Accessibility links
Stolen Letter From Columbus Found In The Library Of Congress And Returned To Italy : The Two-Way It was stolen from Florence, Italy, and replaced with a fake, which went unnoticed for two decades. Researchers have proved that a document found in the Library of Congress is the stolen letter.

Listen · 2:39 2:39
Stolen Letter From Columbus Found In The Library Of Congress And Returned To Italy 2:39 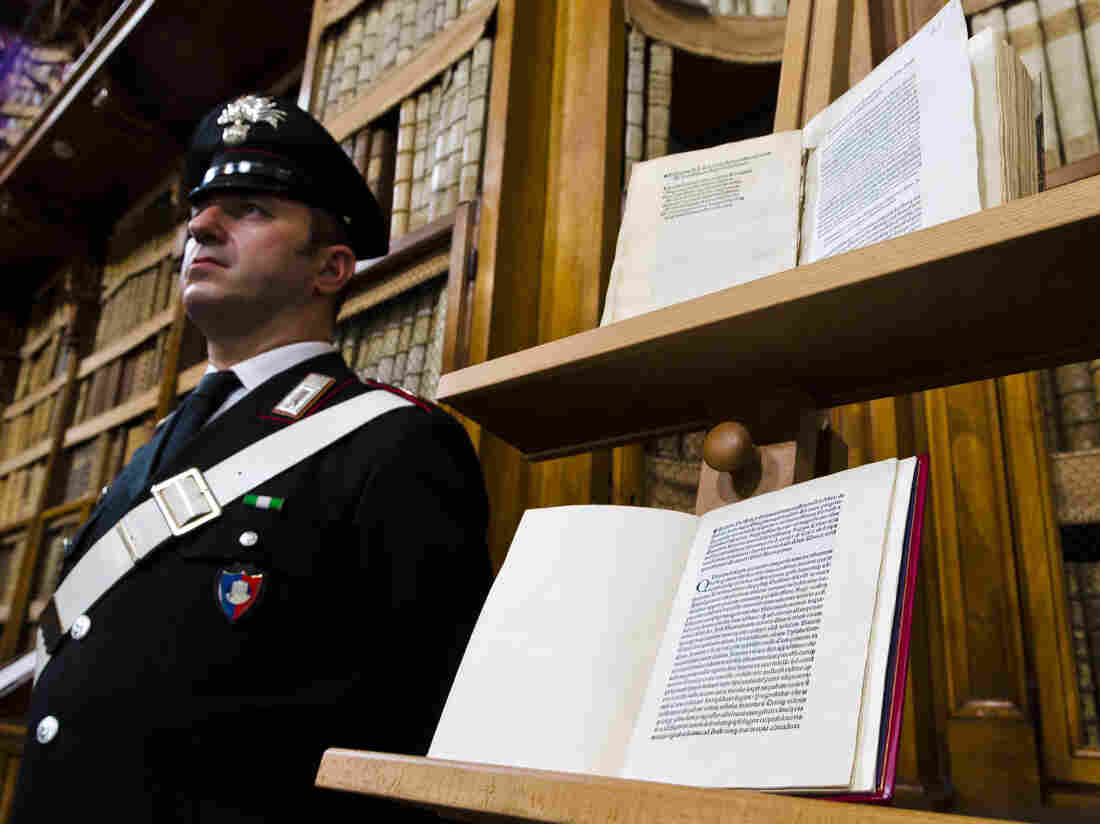 Two versions of a letter from Christopher Columbus about his discovery of the New World are displayed in Rome. The book on the bottom, produced centuries ago, has just been returned after having been stolen and replaced with a forgery (top). Domenico Stinellis/AP hide caption 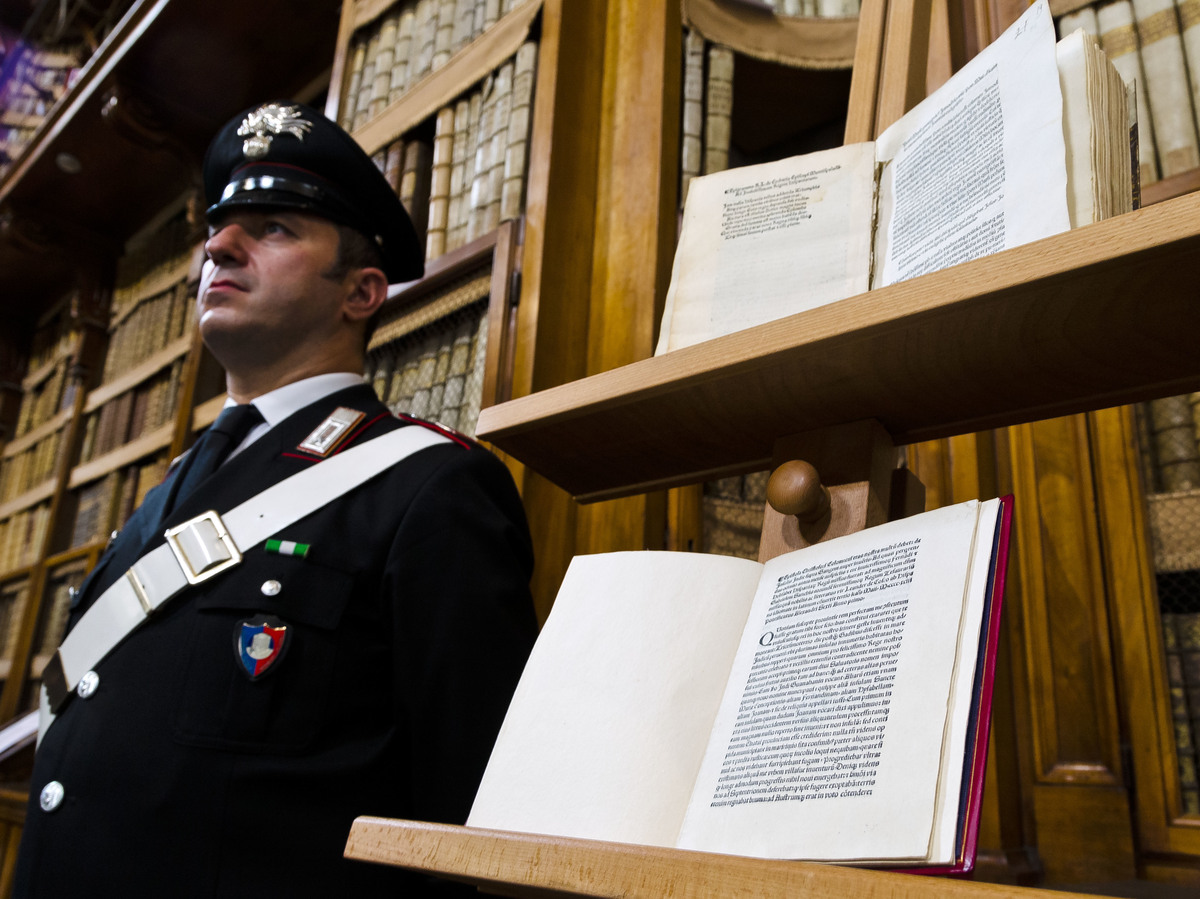 Two versions of a letter from Christopher Columbus about his discovery of the New World are displayed in Rome. The book on the bottom, produced centuries ago, has just been returned after having been stolen and replaced with a forgery (top).

The heist of a major historical document apparently went undiscovered for more than 20 years. Now, a stolen letter from Christopher Columbus spreading the news that the world isn't flat has been returned from the U.S. to Italy.

The 1493 letter from Columbus to his royal patrons Ferdinand and Isabella of Spain details his "voyage of discovery to the Americas," the Justice Department said in a statement. Printed copies of the letter, which was written during the trans-Atlantic journey back to Europe, were "instrumental in spreading the news throughout Europe about Columbus's voyage."

Justice Department investigator Jamie McCall, who is involved in the case, tells NPR's Chris Arnold about this account of Columbus' historic journey. "Columbus described the native people [as] very quick to provide him with gifts, and friendly: individuals that would be easy to conquer by the European powers," McCall says. "I mean, that's something that stuck out to me."

The Riccardiana Library in Florence, Italy, housed one of those printed copies of the letter. But as Chris reports, the document was stolen at some point before 1992 and "replaced with a forgery that was only recently discovered."

Then, as Chris reports, it was sold in 1992 at a New York auction for $300,000 and eventually donated to the Library of Congress.

The Justice Department says special agents with U.S. Immigration and Customs Enforcement were tipped off in 2012 that the letter had been stolen — and was believed to be in the Library of Congress.

First, the investigators confirmed that the letter in Florence was a forgery, according to the Justice Department:

"The inspection determined, among other things, that the text of the forged letter was a high-quality photocopy, that there was no original library stamp from the [Riccardiana] Library and that the stitching patterns did not match original stitching patterns for known Plannck II Columbus Letters."

Next, they examined the letter at the Library of Congress:

"The experts found, among other things, evidence that chemical bleach had been used to remove the [Riccardiana] Library's stamp, and that printed characters had been retouched to further disguise the letter's provenance, or place of origin."

McCall tells Chris that it appears "a well-meaning collector who didn't believe the letter was stolen donated it to the library" — which may be a first for the Library of Congress.

According to Reuters, the letter is now valued at $1.13 million.

The letter has been returned to Rome, where it was displayed for reporters with the modern forged version. In a tweet, Italy's culture minister, Dario Franceschini, said, "Thanks to the cultural heritage protection police, Columbus's letter on the discovery of America will return to (Florence's) Riccardiana Library," according to Reuters.