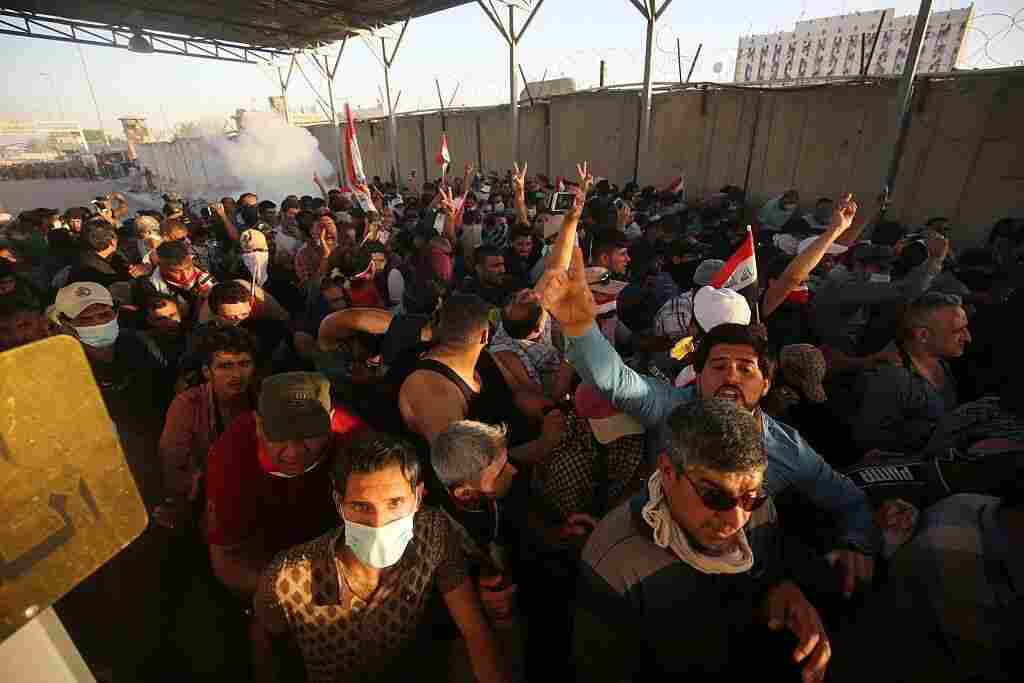 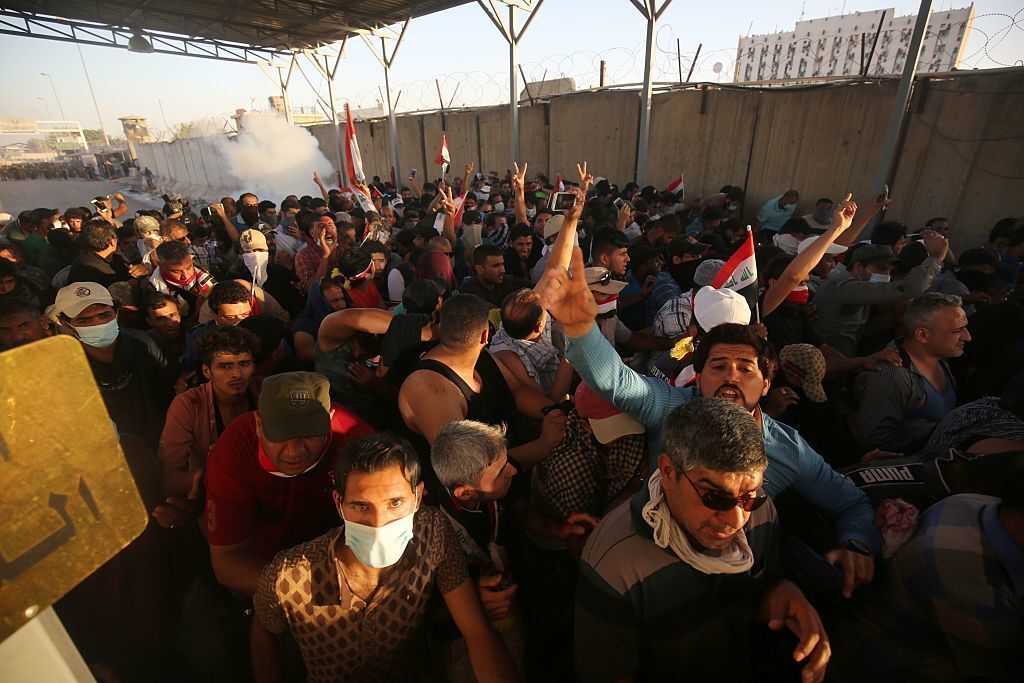 "Riot police are dealing with anyone trying to damage state institutions in accordance with the law," Iraq's military says, according to Reuters.

Witnesses told the news service that "dozens" of protesters were injured from "tear gas and live fire," though the use of live fire has not been confirmed. The Associated Press says one of its reporters "saw several protesters badly wounded and one was shot in the head" and adds that the demonstrators had been cleared out by evening.

Many of the protesters were supporters of fiery Shiite cleric Muqtada al-Sadr, who has been publicly pressuring Prime Minister Haider al-Abadi to follow through on promised reform measures. As we reported earlier this month, they're frustrated by government deadlock that continues to delay anti-corruption measures. Reuters says, "Sadr did not explicitly call for Friday's demonstration."

The news service also reports that the demonstrators included people from other groups, many of them frustrated with the government's failure to provide security.

protesters at the Green Zone a little while ago before being disbursed by ISF tear gas & gun fire #Baghdad pic.twitter.com/yMvL6ApygP

Friday's incident follows a series of deadly attacks in Iraq's capital. Alison notes that "the past 10 days have seen the bloodiest string of ISIS attacks since the start of the year."

The crackdown by security forces stands in contrast to the Green Zone breach earlier this month. As NPR's Hannah Bloch reported, that demonstration had been "chaotic but largely peaceful." Protesters withdrew from the area hours after they entered. Since then, according to the AP, delays of the reform legislation have left "the country's government gridlocked and the parliament unable to convene."