Accessibility links
3 Days On Mount Everest End With 3 Climbers Dead, 2 Missing : The Two-Way Good weather has helped hundreds of people summit Mount Everest since May 11. But since Friday, at least three people died in three days, dashing hopes for a safe season after two years of tragedy.

3 Days On Everest End With At Least 3 Climbers Dead, 2 Missing

3 Days On Everest End With At Least 3 Climbers Dead, 2 Missing 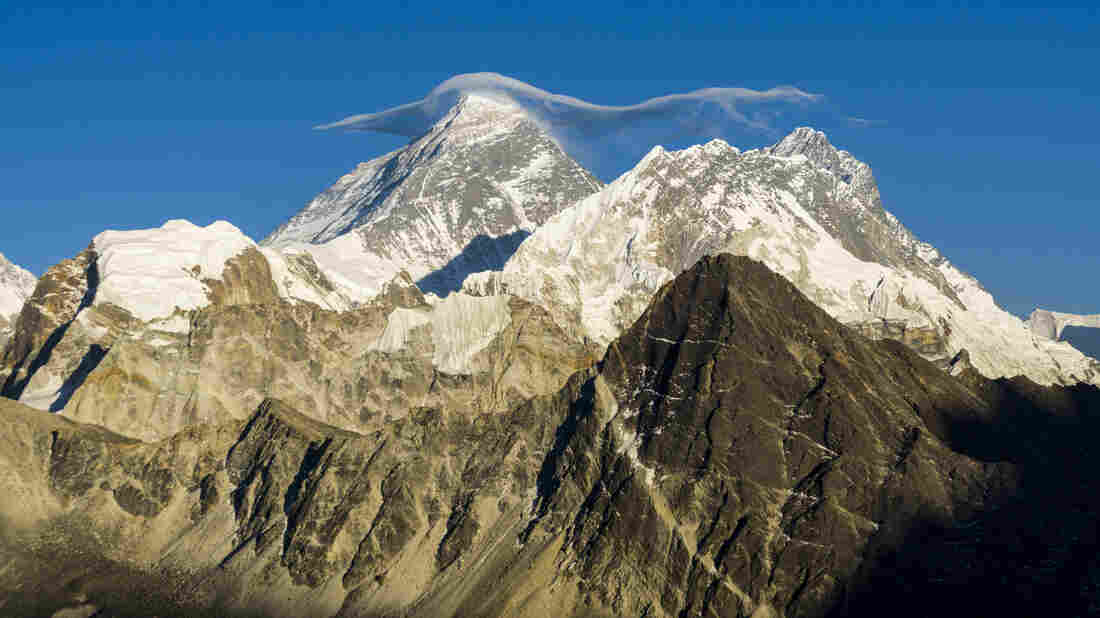 Mount Everest, with a white cloud on top, is seen from Gokyo Ri at sunset. Frank Bienewald/LightRocket via Getty Images hide caption 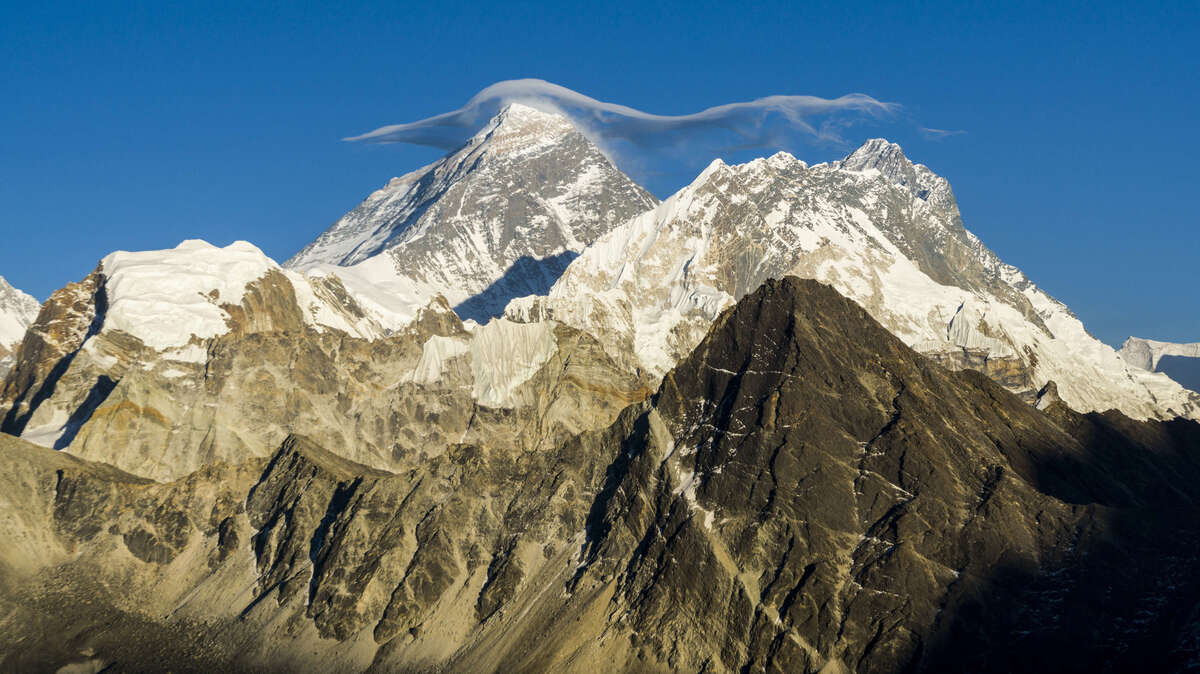 Mount Everest, with a white cloud on top, is seen from Gokyo Ri at sunset.

Eric Arnold had tried to summit Mount Everest before.

He survived the earthquake and avalanche at base camp in 2015, which shut down the mountain for last year's climbing season, The Washington Post reports. And he was at the mountain for the tragedy in 2014, when 16 guides were killed by collapsing ice at the mountain's notorious Khumbu Icefall.

In 2012, the Dutch alpinist made it almost to the top, before bad weather forced him to turn back.

But this year would be different. The mountain was reopened for climbers, after it was shut down in the wake of the 2014 and 2015 disasters. A bout of favorable weather had helped hundreds of climbers make it to the mountain's top since May 11.

On Friday, he summited at last. He posted a celebratory picture on Twitter.

Then he started to descend — and his movements slowed, and slowed, according to the company that organized his trip. Two Sherpa guides helped him down. He showed symptoms of altitude sickness — the condition caused by the thin air atop the mountain, which can lead to fatal brain swelling or fluid in the lungs. But after he returned to his tent at the final camp on the mountain, it looked like he was recovering.

Maria Strydom decided not to risk it.

The Australian finance professor and experienced mountaineer had been looking forward to the climb. It wasn't just about the thrill, she told the business school where she taught; she wanted to prove "that vegans can do anything."

Strydom had climbed Denali, Aconcagua, Ararat and Kilimanjaro. She knew the risks. She knew fewer than a third of would-be Everest climbers make it to the top. And she knew she was moving slowly — too slow to summit in a safe time. So she turned back.

She grew more and more ill. Soon she could barely manage to move. Her husband and two Sherpa guides "struggled all night to bring her down," writes the guide company.

Overnight, guides worked in Arnold's tent and in Strydom's tent, trying to stabilize them both.

As Arnold worsened and died, Strydom seemed to gain strength. The next morning she could walk on her own.

The team headed toward Camp III — where a helicopter would be able to land, and Strydom could be evacuated.

Two hours away from the evacuation site, Strydom collapsed.

Her husband, veterinarian Robert Gropel, tried to carry her body. He, too, had altitude sickness. Fluid was gathering in his lungs, Reuters reports.

Retrieving his wife's body "was not possible," the guides said.

They were missing at the world's highest peak.

The four climbers were somewhere at the South Col, nearly 26,000 feet above sea level. That's approximately the height where the "death zone" begins — where the air has grown so thin that altitude sickness can swiftly become fatal.

Leaders of the expedition eventually made contact with Paul and Hazra, and helped them down the mountain.

But Paul — who had made it to the summit — collapsed on the infamous Hillary Step on Saturday, Agence France-Presse reports.

Hazra, meanwhile, was evacuated by helicopter and was in critical condition, according to AFP.

The two other members of their team have not been located.

A Sherpa guide from the agency coordinating the expedition told The Associated Press it was unlikely Nath and Ghosh had survived conditions on top of Everest.

The death toll for the week may be even higher. CNN is reporting that on Thursday, a 25-year-old Sherpa guide named Phurba Sherpa fell to his death near Everest's summit. If confirmed, that would raise the tally to four known deaths in four days, with two more suspected.

On top of the fatalities, more than three dozen climbers have suffered injuries or illness, including frostbite and altitude sickness, in recent days, according to the Press Trust of India.

Climbing Everest is known to be dangerous. Hundreds of people have died attempting to summit.

But expedition leaders had been hoping for a calm season this year, after the deadly disasters of 2014 and 2015.

This weekend's spate of deaths — not from avalanches, but from altitude sickness — has raised questions about safety protocols and the business of Everest expeditions.

"Poor planning and overcrowding on the world's tallest peak may have led to bottlenecks that kept people delayed at the highest reaches while waiting for the path to clear lower down, Ang Tshering of the Nepal Mountaineering Association said Monday.

"Tshering said the competition between expedition organizers has become so fierce that they are dropping their prices, which can lead to compromises in hiring equipment, oxygen tanks and experienced guides to help get climbers to the top."

Everest has been crowded in the last few days, as numerous climbers attempt to take advantage of the same window of good weather to reach the summit, the wire service notes.

"This was a man-made disaster that may have been minimized with better management of the teams," Tshering told the AP. "The last two disasters on Everest were caused by nature, but not this one."