Accessibility links
Supreme Court Orders New Trial For Black Death Row Inmate Convicted By All-White Jury : The Two-Way It has been nearly 30 years since the high court set new rules to counter race discrimination in the seating of juries. But in some jurisdictions, the propensity to bar black jurors persisted. 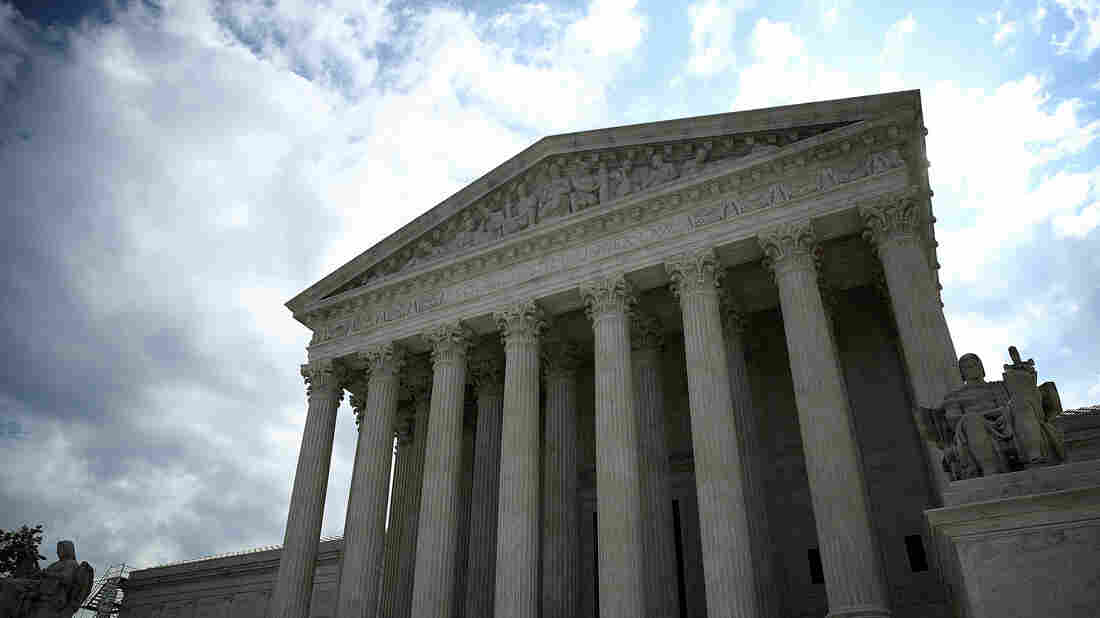 In a 7-1 decision, the U.S. Supreme Court sided with a Georgia death-row inmate appealing his murder conviction, citing efforts by prosecutors to exclude blacks from the jury panel. Win McNamee/Getty Images hide caption 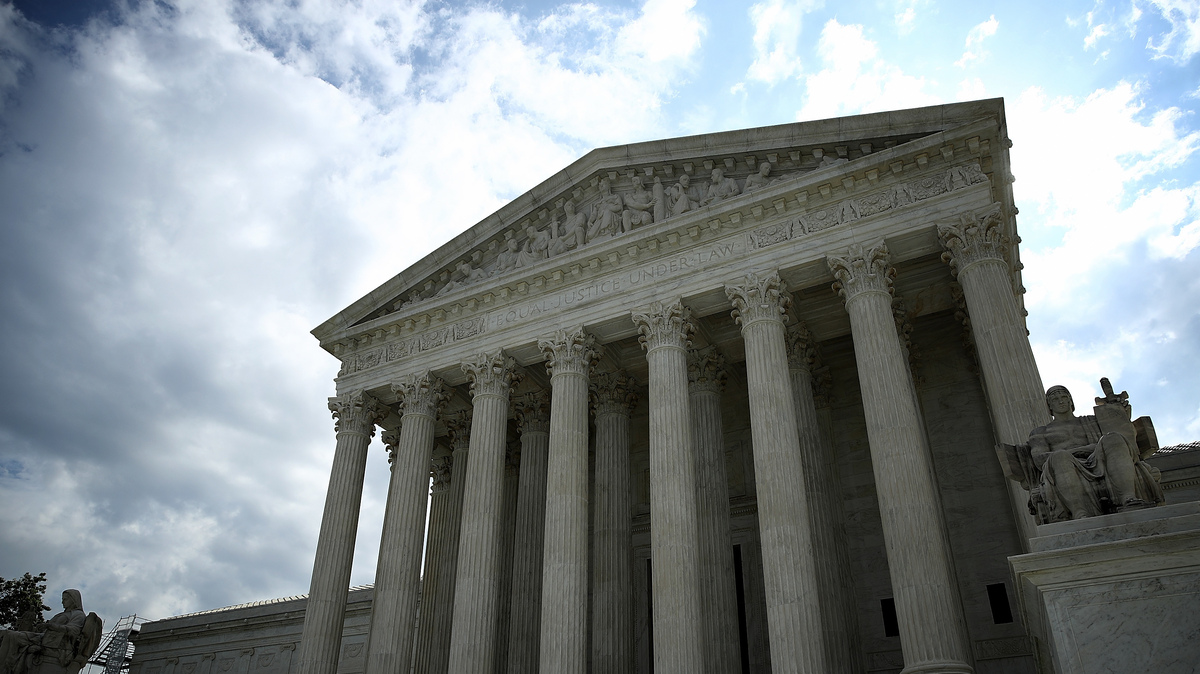 In a 7-1 decision, the U.S. Supreme Court sided with a Georgia death-row inmate appealing his murder conviction, citing efforts by prosecutors to exclude blacks from the jury panel.

The U.S. Supreme Court ruled today that a black Georgia man convicted of murder by an all-white jury should have a new trial because the prosecution deliberately excluded African-Americans from the jury based on their race.

The court's decision reversed as "clearly erroneous" an earlier ruling by the Georgia Supreme Court, which had said the defendant had not proved racial discrimination in the selection of his jury.

It has been nearly 30 years since the U.S. Supreme Court set new rules to counter race discrimination in the seating of juries. But in some jurisdictions, the propensity to bar nonwhite jurors persisted, even in capital cases such as the one against Timothy Foster, a black man accused of killing an elderly white woman.

The case was tried in 1987, one year after the Supreme Court had said lawyers could not use their right to "peremptory strikes" (dismissals without cause) to remove jurors if those peremptory strikes showed a racial pattern.

Foster was sentenced to die. He has been on death row ever since, as a series of appeals have made their way through the state and federal court systems.

On Monday, the U.S. Supreme Court ruled there was ample evidence that the juror strikes in Foster's trial not only resulted in an all-white jury, but also showed clear evidence of being racially motivated — even though other reasons were cited at the time.

Those purported reasons included observations about how individual black prospective jurors had behaved in court, or how their religious affiliation might affect their willingness to impose the death penalty.

Those alternative explanations for the strikes had been accepted by appeals courts since the trial, even after an attorney for Foster obtained notes from the prosecution team in 2006 (using Georgia's Open Records Act). In those notes, all blacks in the pool of prospective jurors had their names highlighted in green and marked with the letter "B."

"[T]he focus on race in the prosecution's file plainly demonstrates a concerted effort to keep black prospective jurors off the jury," Chief Justice John Roberts wrote in the ruling he wrote for the court majority of 7-1, with Justice Clarence Thomas the lone dissenter.

The court has only eight justices at present because the late Antonin Scalia's seat remains vacant pending consideration of a successor by the U.S. Senate.