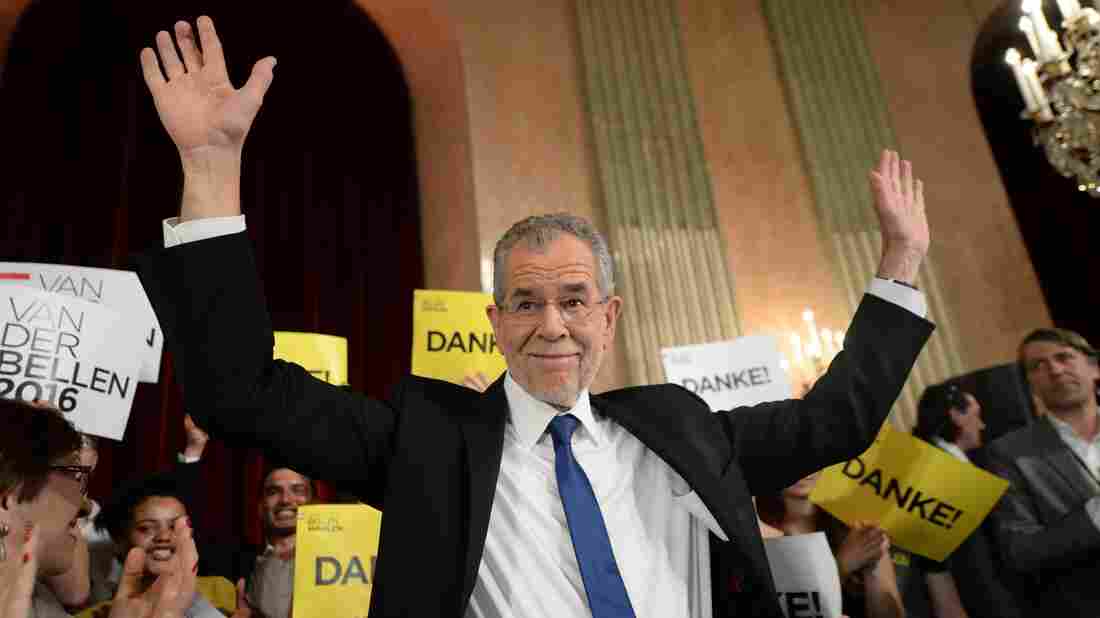 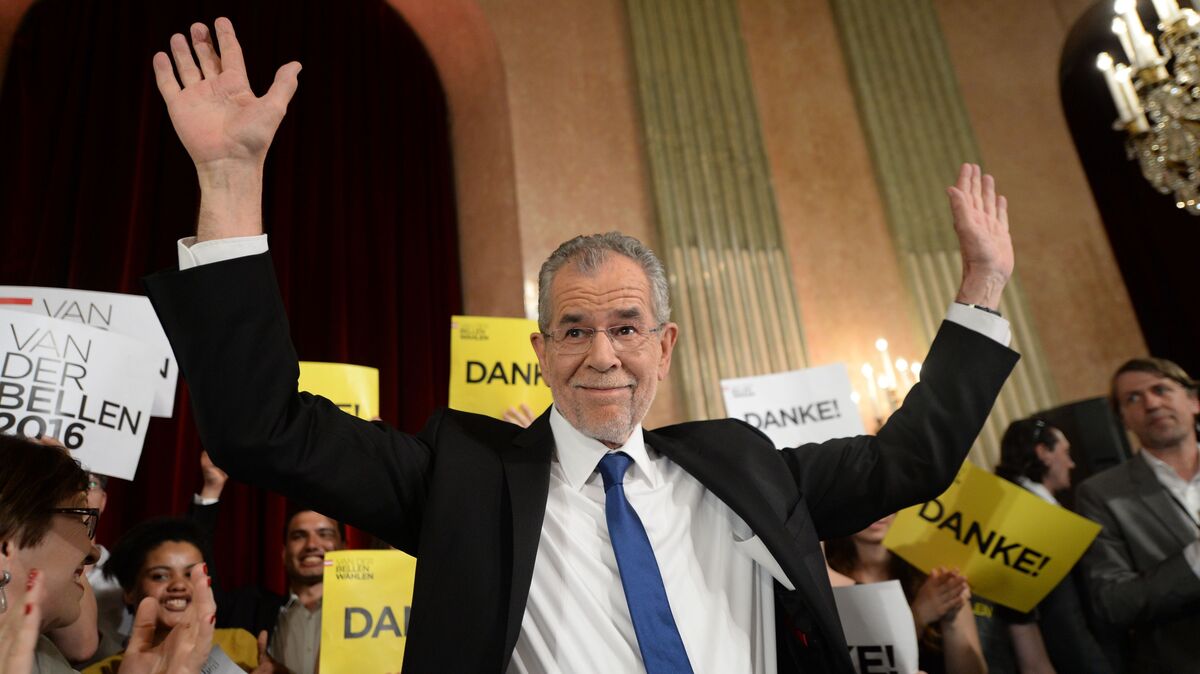 Alexander Van der Bellen, who was backed by the Green Party, celebrates during an election party Sunday in Vienna.

A left-leaning, Green Party-backed candidate has won Austria's presidential election, edging out an anti-immigrant populist by just 0.6 percent of the vote.

Alexander Van der Bellen, a retired economics professor, had 50.3 percent of the vote, according to The Associated Press. His rival, Norbert Hofer of the far-right Freedom Party, had 49.7 percent.

The man he defeated, 45-year-old Hofer, is a polarizing figure, as Joanna explains:

"Hofer, who trained as an airplane mechanic, talked tough on migrants — especially Muslims. His party's anti-migrant message struck a chord with Austrians.

"Many are concerned that this small country of fewer than 9 million cannot support the 90,000 asylum-seekers who arrived last year.

"Had Hofer won, he would have been the first elected head of state from a far-right party in the European Union."

Even though Hofer lost, the narrow margin was, for many, a sign of the popularity of far-right movements in Europe.

He said their work during the campaign was "not lost but an investment in the future," according to a translation by The Associated Press.