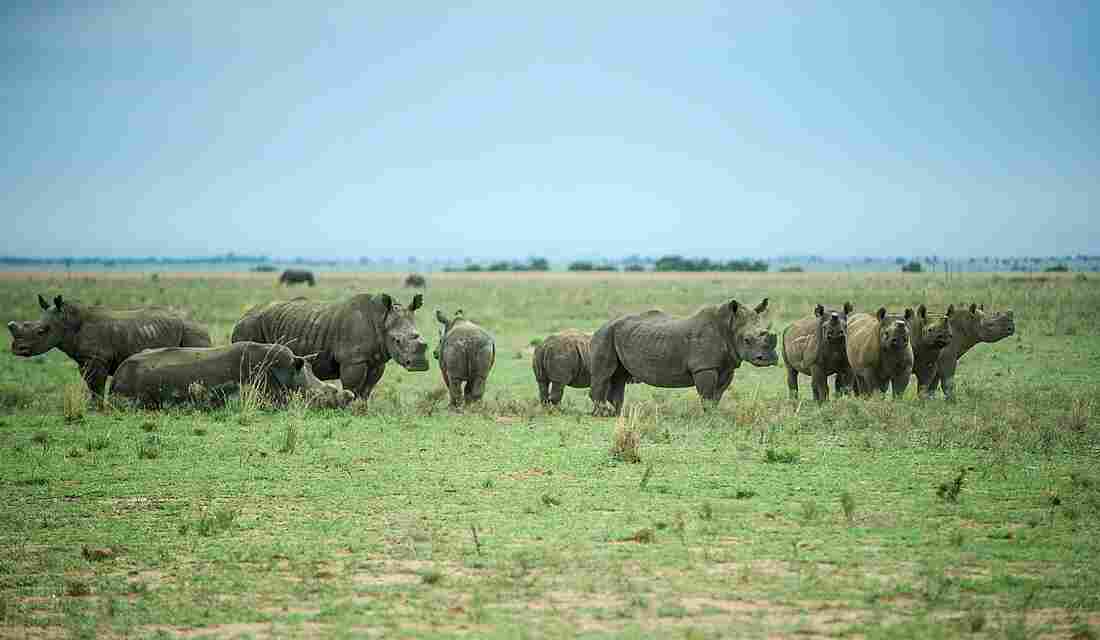 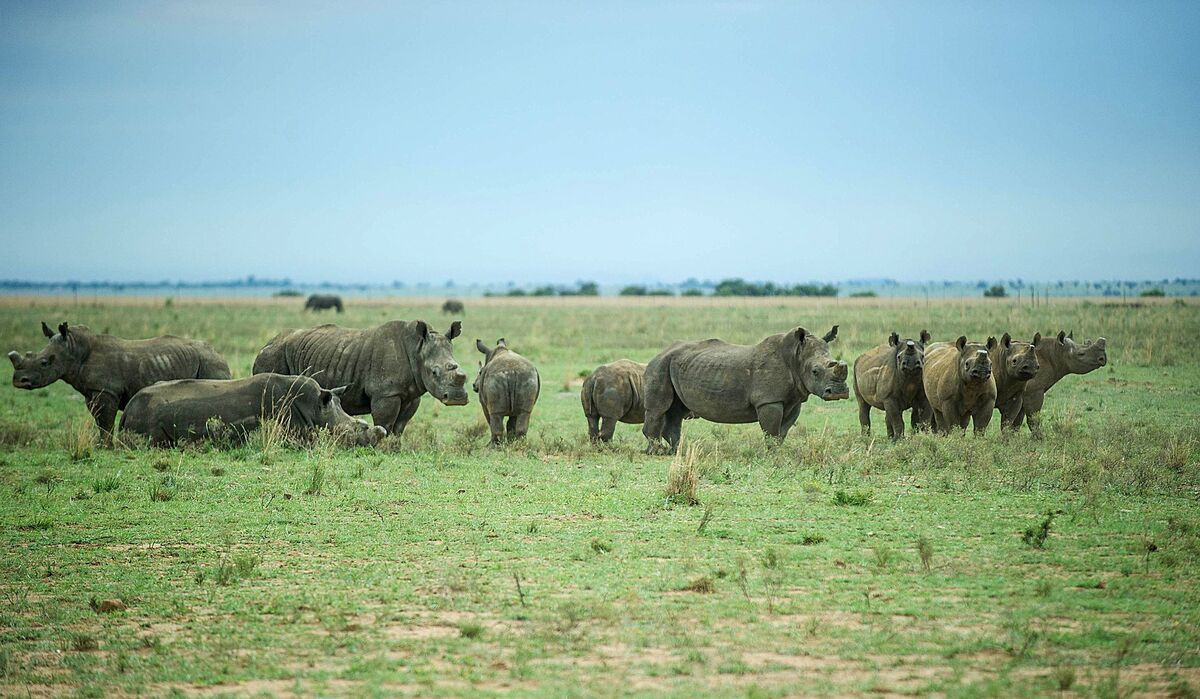 Dehorned rhinos roam a private ranch in South Africa in February. The country's Supreme Court of Appeal has lifted a domestic ban on trading rhino horns.

South Africa will allow domestic trade of rhino horns again, after a seven-year ban. International trade of the horns is still barred.

The Supreme Court of Appeal rejected the government's bid to keep the domestic moratorium in place, National Geographic reports.

South Africa is "home to the world's largest rhino population, and nearly all of the world's 20,000 white rhinos," National Geographic adds.

Rhino horns grow back after being cut off, so advocates of lifting the trade ban say rhinos could be raised on private farms where their horns would be taken off periodically after tranquilization, as NPR has reported. Conservationists say ending the ban would lift the stigma of the trade and ultimately raise demand.

The number of rhinos killed for their horns has been on the rise, though National Geographic reported a slight decrease in poaching in 2015.

Asia drives demand for the horns, NPR has noted, both for medicinal purposes and as a status symbol for the growing middle and upper classes.

Even with the appeals court ruling, buyers and sellers of the horns in South Africa still need a permit, Reuters reports, "so that the government can keep tabs on the commodity."

Reuters notes that about a quarter of South Africa's rhino population is in private hands.

The court decision comes ahead of an international conference on wild-animal trade — to be held in Johannesburg in the fall. The Convention on International Trade in Endangered Species of Fauna and Flora banned the sale of rhino horns in 1977.

South Africa had considered proposing that the conference lift the trade ban. In the end, the government decided not to make the recommendation.