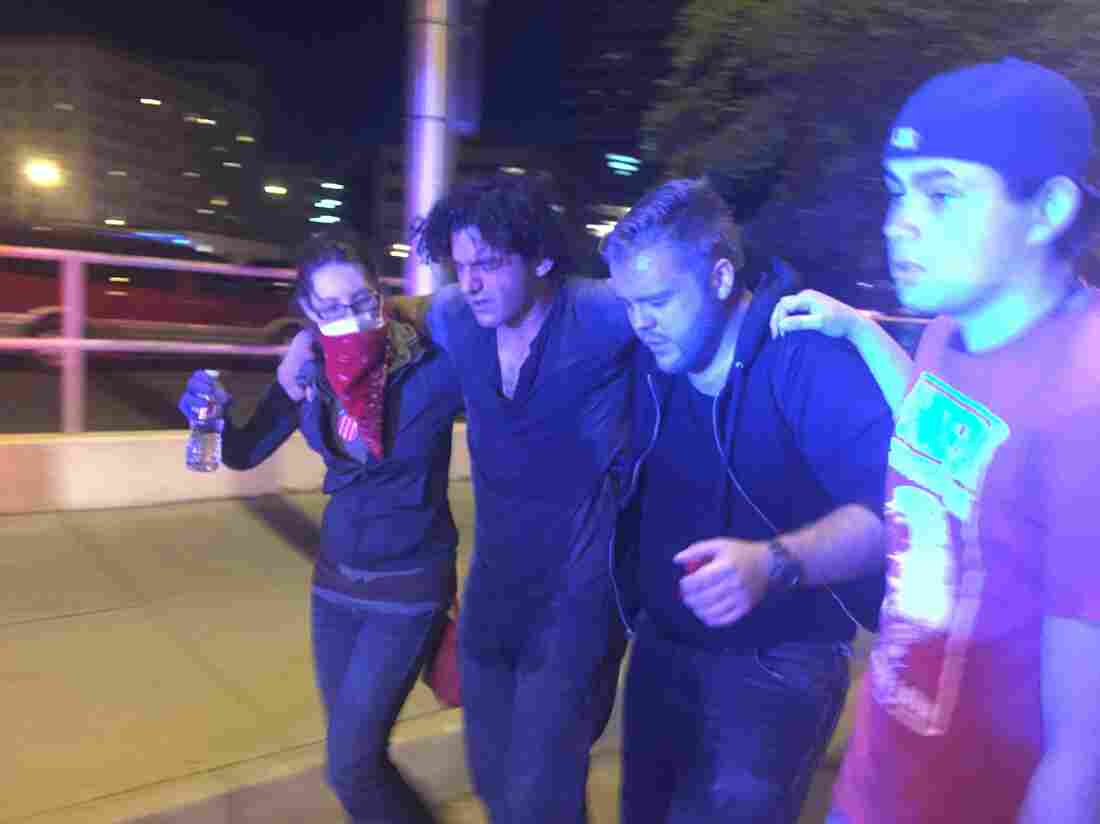 Protesters help a fellow demonstrator who was affected by the smoke and pepper spray reportedly used by police to disperse the crowd outside Tuesday's rally for Republican presidential candidate Donald Trump in Albuquerque, N.M. Russell Contreras/AP hide caption 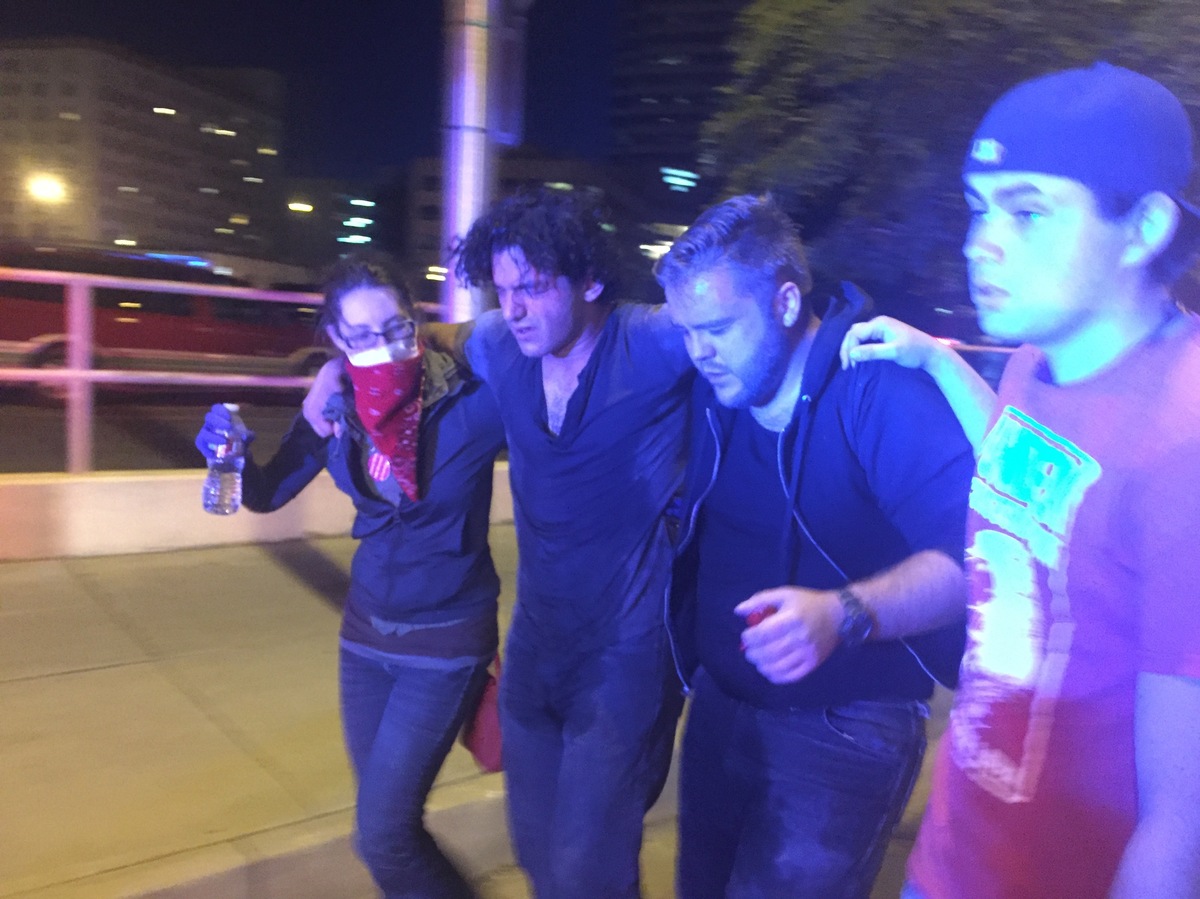 Protesters help a fellow demonstrator who was affected by the smoke and pepper spray reportedly used by police to disperse the crowd outside Tuesday's rally for Republican presidential candidate Donald Trump in Albuquerque, N.M.

The scene outside a Donald Trump campaign rally in Albuquerque, N.M., turned violent on Tuesday, leading to at least one arrest and several injuries, police say.

According to the Albuquerque Police Department's Twitter feed, several officers were hit by rocks thrown by protesters. The police later characterized the clash as a "riot."

Several #APD officers are being treated for injuries as a result of being hit by rocks. At least one subj arrested from the riot.

NPR's Sarah McCammon was at the Trump rally, which was held in the Albuquerque Convention Center. She filed this report for our Newscast:

"Reporters are being told to stay inside because of protesters outside. ... There is a broken window. There's glass that shattered with some metal barriers that have been set up around it. ... Lots of police, we've seen several riot police on riot horses riding by outside."

Several protesters inside the venue chanted slogans and were evicted by police and security guards. Trump mocked them, telling them to "go home to mommy." The candidate's supporters chanted, "Build that wall!"

New Mexico Gov. Susana Martinez, who is chairman of the Republican Governors Association, has not endorsed the de facto Republican presidential nominee and did not attend the rally. During his speech, Trump criticized Martinez's performance as governor, claiming the state under her leadership has seen an increase in the number of food stamp recipients.

Trump was holding a rally in New Mexico as part of a campaign swing through the western U.S., focusing on states with upcoming primaries — New Mexico, California and Montana among them. He doesn't have a Republican rival to beat anymore, but he's looking to build voter support and gather money and data along the way.

It's not the first time a Trump campaign event has erupted in violence. Less than a month ago, as NPR reported, about 20 people were arrested outside the Pacific Amphitheater in Costa Mesa, Calif. There were no injuries at that event, but a police car was attacked by demonstrators, who shattered the car's windows.