Accessibility links
U.S.-Backed Forces Launch 2 Major Offensives Against Islamic State : The Two-Way The coalition has attacked IS positions in two areas of strategic importance: Fallujah, Iraq, and an area north of Raqqa, the group's de facto capital in Syria. 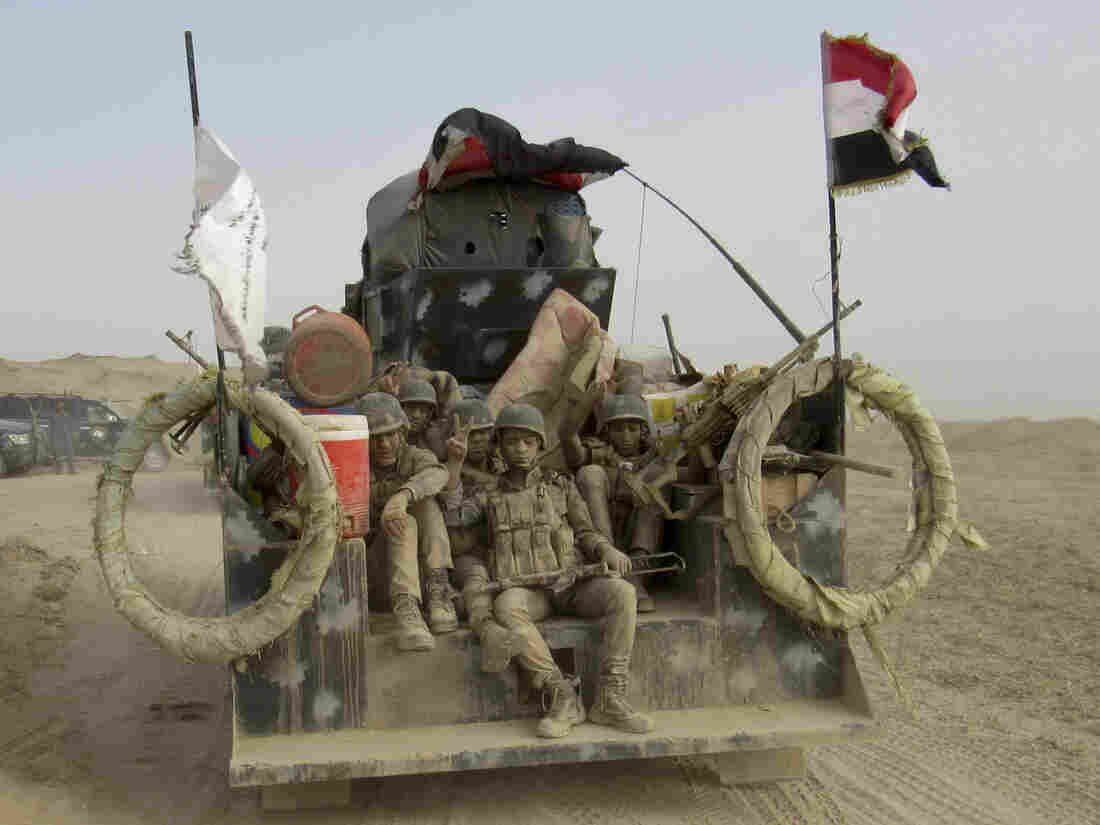 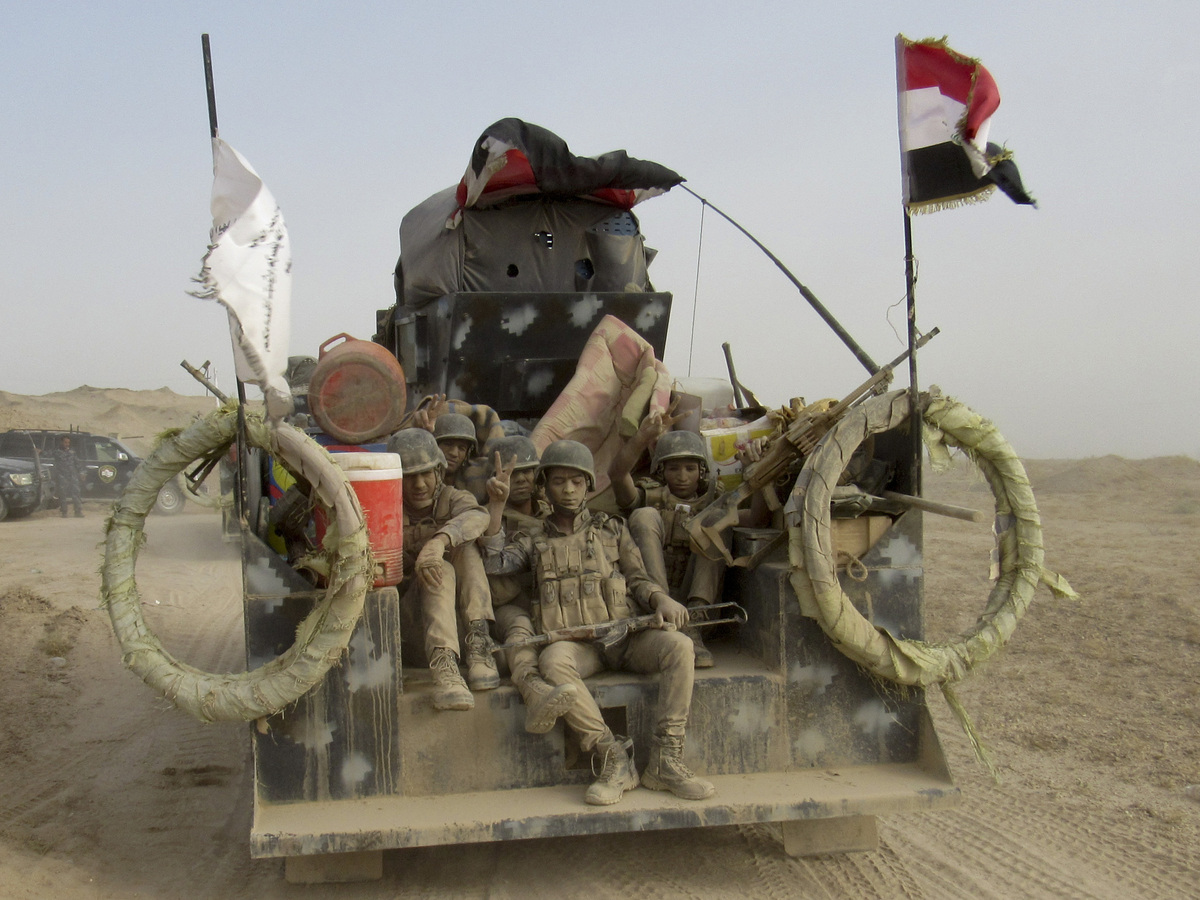 U.S.-backed forces have launched offensives on two areas of strategic importance to the Islamic State: Fallujah, Iraq, and an area north of Raqqa, the de facto IS capital in Syria.

"Kurdish-led forces are pressing an offensive north of Raqqa, while Iraqi forces push toward Fallujah for the third consecutive day," NPR's Alison Meuse tells our Newscast unit. She adds that the Kurdish-dominated Syrian Democratic Forces say the goal is to "seize the countryside north of Raqqa, and that forces from the U.S.-led coalition will accompany the campaign." She reports that the U.S.-led coalition is providing air support in both places.

As Reuters explains, "The Syria Democratic Forces (SDF) is the main Syrian partner for the U.S.-led alliance battling the Islamic State group that controls large areas of northern and eastern Syria. Its most powerful component is the Kurdish YPG militia."

Col. Steve Warren, spokesman for the coalition, tells CNN that U.S. military personnel are helping their allies in "several ways":

As Syrian Democratic Forces spokesman Talal Silo tells Reuters, "The current battle is only to liberate the area north of Raqqa." He adds that the group is not yet preparing for an attempt to take the IS de facto capital, which is about 65 miles south of Syria's border with Turkey. Reuters adds that Syria experts "doubt that the SDF is ready for an attack on Raqqa city."

This comes after U.S. warplanes dropped pamphlets on Raqqa last week "urging residents to flee," The Wall Street Journal reported. This prompted speculation that the offensive to retake the city was imminent. The Journal reports:

"The pamphlets showed a destroyed urban area in black-and-white with civilians running past dead Islamic State fighters toward a vibrant green countryside. They read: 'The time you have been waiting for has come, the time to leave Raqqa.' "

Meanwhile, Iraqi government forces launched an offensive aiming to take back the city of Fallujah, about 40 miles west of Baghdad. They're backed by paramilitary troops and U.S.-led coalition air support, as The Associated Press reports.

And as The Washington Post reports, "at least seven well-armed Shiite militia groups" are among the loose coalition participating in the Fallujah offensive.

Warren tells CNN that troops have only encountered "light to moderate resistance so far" but it's still unclear what lies ahead.

"Any ground battle to liberate Falluja is likely to be long and bloody. It has often been called the 'city of mosques,' and it has long been a stronghold of Sunni extremism, serving as a kind of early home base for Al Qaeda in Iraq." 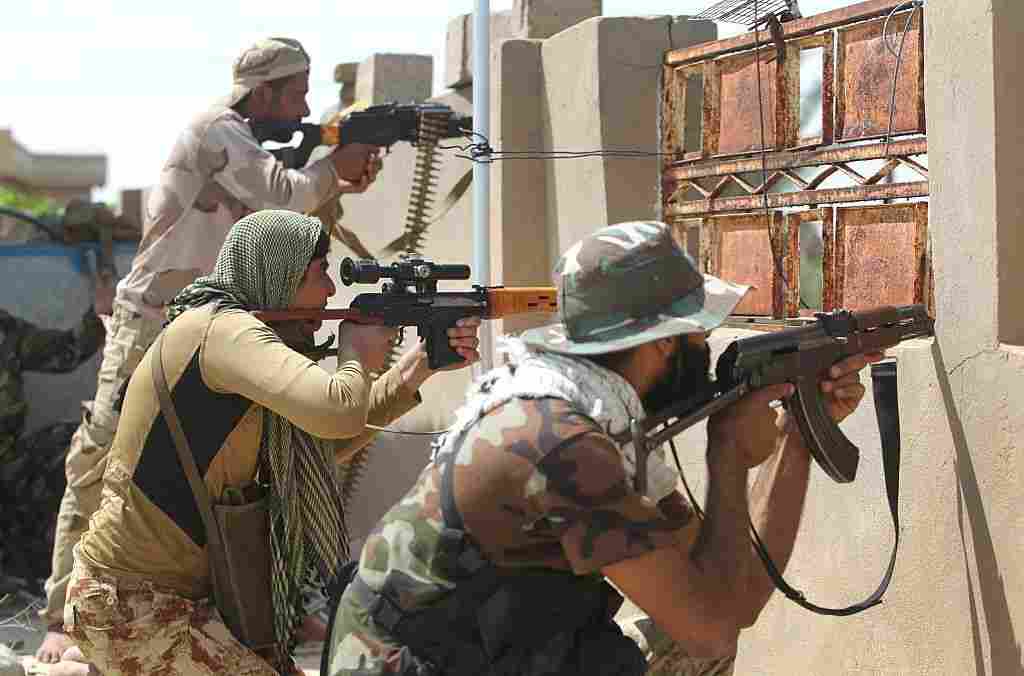 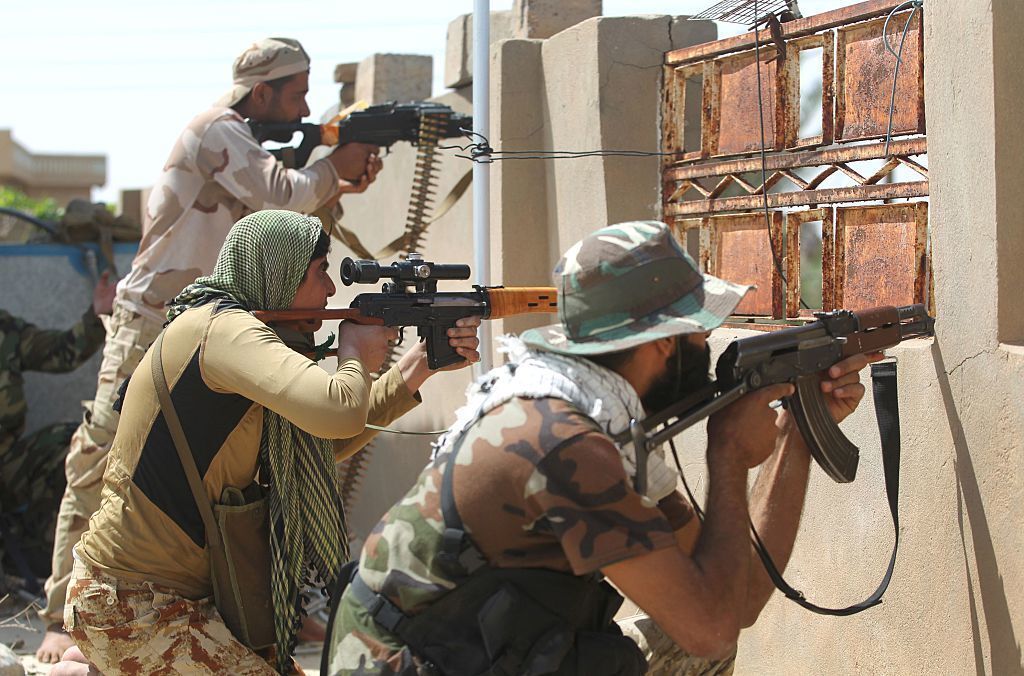 Iraqi pro-government fighters hold position in al-Shahabi village, east of Fallujah, on Wednesday, as part of a major assault to retake the city from Islamic State.

"Today we will tear down the black flags of the strangers who have kidnapped this city," Prime Minister Haider al-Abadi said in a televised speech announcing the offensive, the Times reports. The militant group has held Fallujah since 2014.

Aid groups like the Norwegian Refugee Council have raised concerns about civilians trapped inside Fallujah: "Thousands of civilian families are trapped in the fighting with no safe route out." The group estimates as many as 50,000 people could be affected.

"Families who have been suffering food and medical shortages over the last months now risk being caught in the crossfire and it is absolutely vital that they are granted safe routes out of there so that we can assist them," said NRC's Iraq country director, Nasr Muflahi. "All parties to this conflict have to provide safe exits for civilians."

Islamic State has recently lost vast swaths of territory across Iraq and Syria.