Accessibility links
Exxon Mobil, Chevron Shareholders Reject Resolutions Aimed At Battling Climate Change : The Two-Way But shareholders at Exxon Mobil approved one resolution that could make it easier to one day nominate an environmentalist to the board. 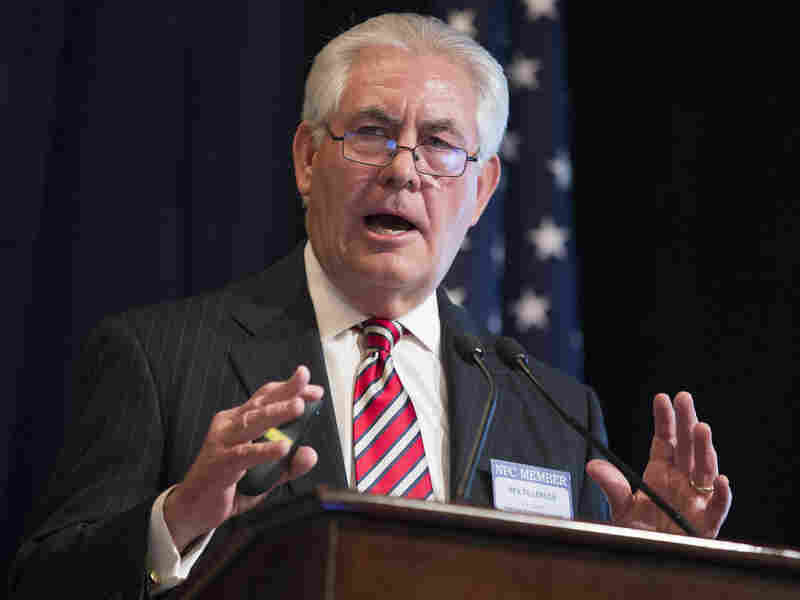 ExxonMobil Chairman Rex Tillerson, shown here in 2015, urged shareholders to reject the resolutions, arguing that not enough is known about the impact of climate change. Evan Vucci/AP hide caption 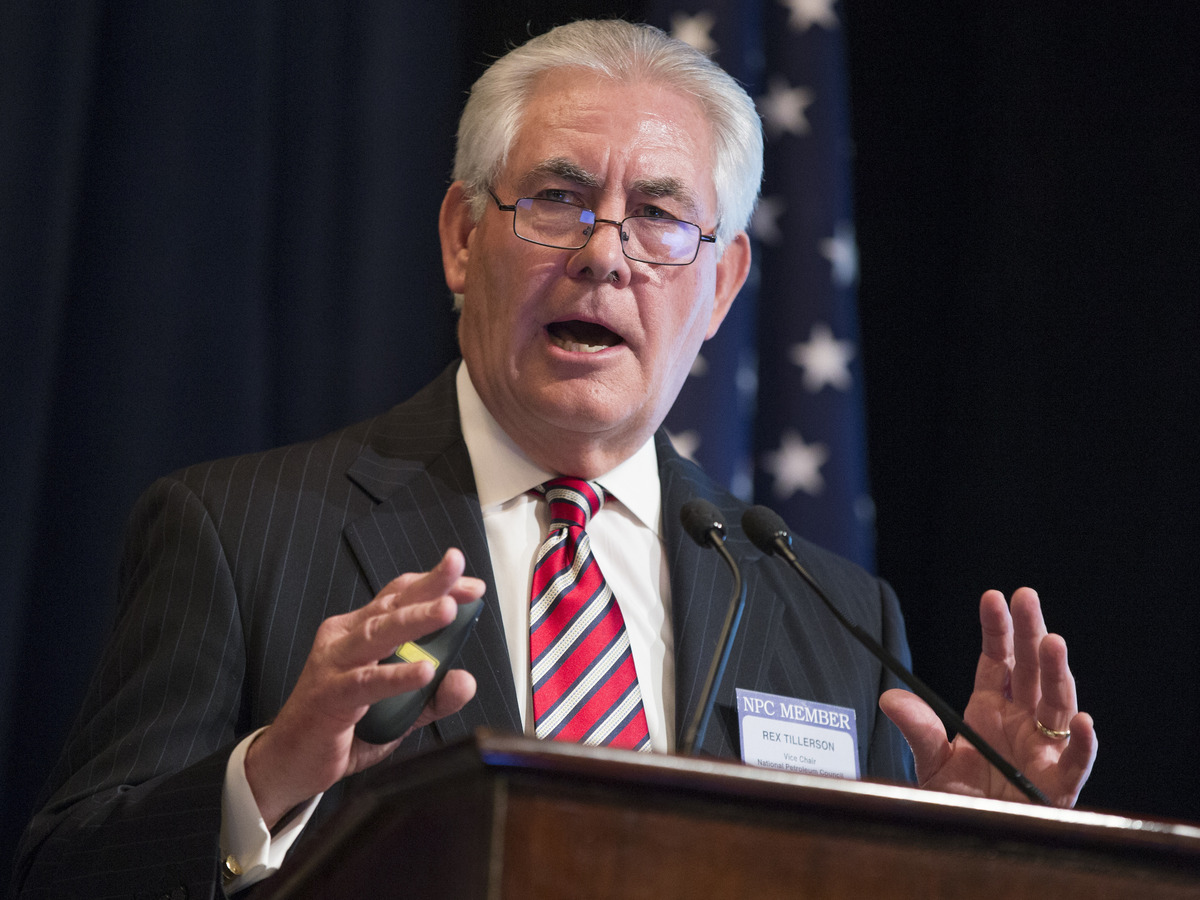 ExxonMobil Chairman Rex Tillerson, shown here in 2015, urged shareholders to reject the resolutions, arguing that not enough is known about the impact of climate change.

Shareholders of Exxon Mobil and Chevron have voted to reject a series of resolutions aimed at encouraging the companies to take stronger actions to battle climate change.

But Exxon Mobil shareholders voted in favor of a rule that could make it easier for minority shareholders to nominate outsiders to the company's board, a potential victory for environmentalists.

Activist shareholders at both companies had placed an unusual number of resolutions on the ballot related to climate change.

The resolutions would have required the company to add a climate change expert to its board, publish an annual report on the subject, and pursue policies that limit global warming to 2 degrees Celsius. All were defeated at Exxon Mobil's annual meeting in Dallas.

Chevron shareholders voted down a series of similar resolutions at their annual meeting in San Ramon, Calif.

One bright spot for environmentalists was the passage of the so-called proxy access rule by Exxon Mobil shareholders. The rule, which won 61.9 percent of the vote, could make it easier to bring outsiders such as a climate change scientist onto the board.

Shareholders heard from several scientists who urged the company to take the threat of climate change more seriously.

"That's what we're basically asking for, is doing all that can be done with regard to cutting emissions," said Michael MacCracken, chief scientist for climate change programs at the Climate Institute in Washington, D.C.

But the company had urged shareholders to reject the resolutions, arguing that too much remains unknown about the threat of climate change and how to address it.

"The reality is there is no alternative energy source known on the planet or available to us today to replace the pervasiveness of fossil fuel in our global economy and in our very quality of life, and I would go beyond that and say our very survival," said Rex W. Tillerson, Exxon Mobil's president and chairman.

"So it is a judgment of balance between future climatic events which could prove to be catastrophic but are unknown ... and the more immediate needs of humanity today," he said.