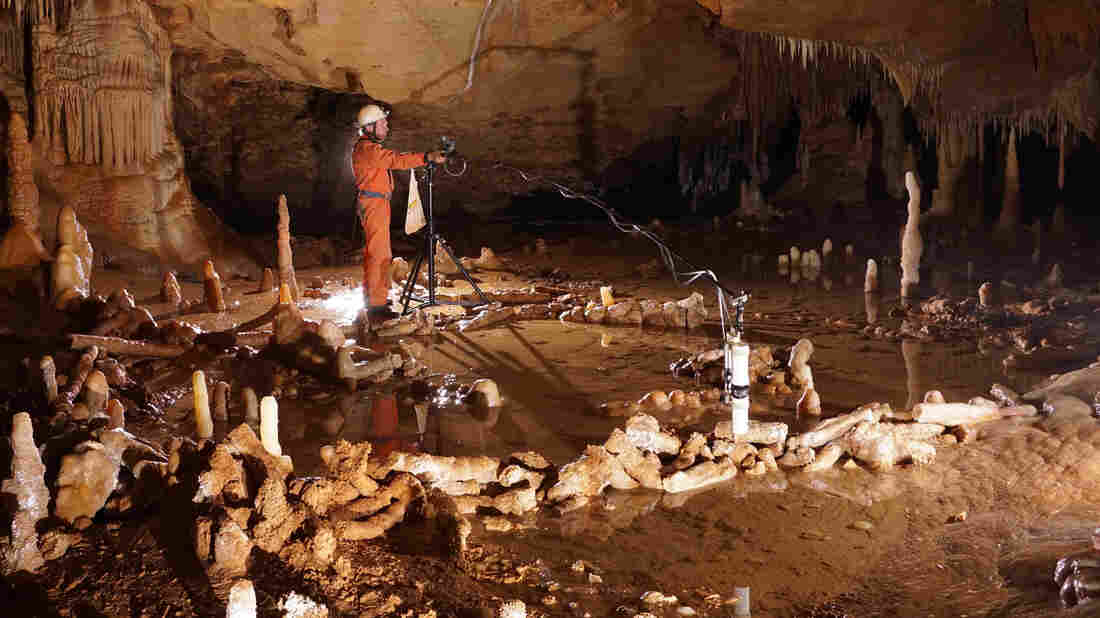 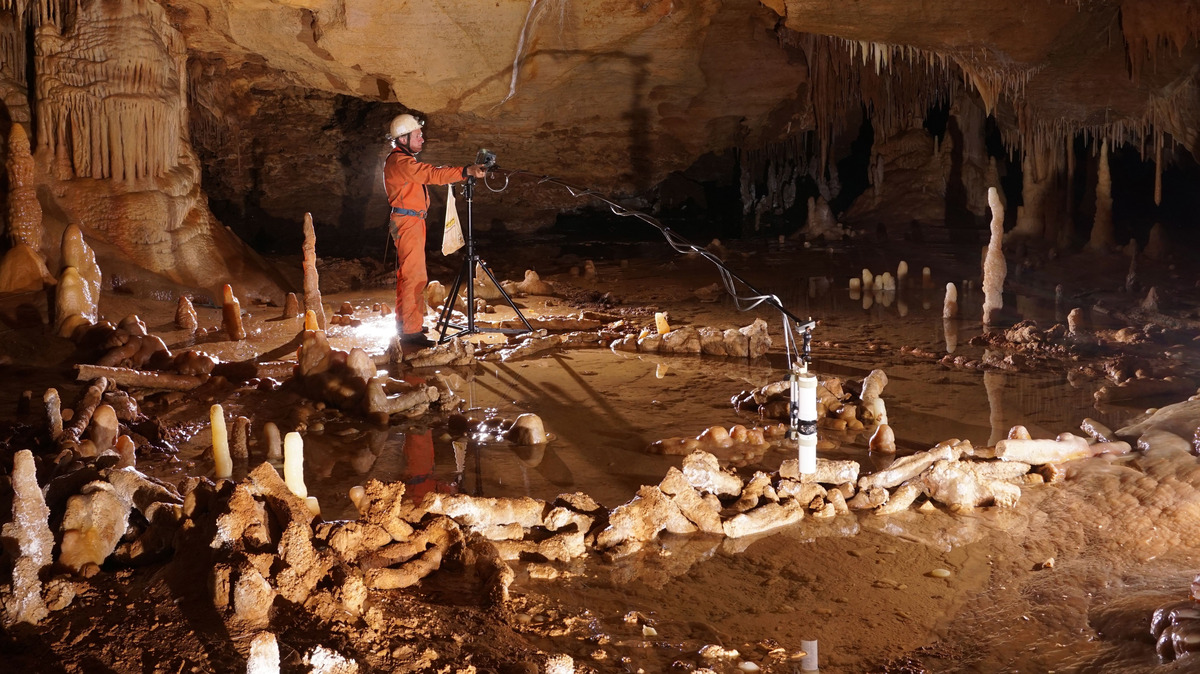 Researchers found numerous ring-like structures inside France's Bruniquel Cave. They believe they were built by Neanderthals some 176,000 years ago.

Here's a mystery found in a French cave. It appears that a group of Neanderthals walked into that cave about 176,000 years ago and started building something. Neanderthals were our closest living relatives but they weren't known as builders or cave explorers.

Scientists identify the forms as "constructions," but they can't figure out what they were for.

It was in 1990 when a French archaeologist first ventured deep into Bruniquel Cave in southwestern France. Spelunkers had just broken through the entrance, which apparently had been obstructed for millennia. The archaeologist traveled deep into the cave, over 1,000 feet. There he discovered something strange — someone had broken stalagmites from the floor and arranged them in two large ovals. But he died before he could fully explore the site.

Twenty-three years later, in 2013, a crew of scientists managed to get back to the site. Geologist Dominique Genty with France's National Center for Scientific Research (CNRS) was there.

"It was very strange," he says, "it was kind of obvious that it was not natural."

The team found the circles of stone spikes, almost like 2-foot-high fences. But they found more than the original discoverer. There were more stone fragments lying in piles nearby. It was like a huge Lego set, a Neanderthal Lego set, because all of this calcite stone dated back 176,000 years — long before modern humans arrived in Europe.

Writing in the journal Nature, the team says it's the most complex Neanderthal structure ever found. "We know now," says Genty, "that they were able to make a sort of elaborate construction," more elaborate than anything Neanderthals had been known to make.

A 3D reconstruction shows the structures built inside the cave.

Why did they build it?

There are only clues. For example, the stalagmite pieces all showed signs of being burned. Was it a ritual? Or perhaps it was a sort of fireplace, to warm them or maybe to repel cave bears. Genty says no one knows.

Then there's the location, more than 1,000 feet from the cave entrance. Archaeologist Marie Soressi with Leiden University in the Netherlands is a Neanderthal expert and says that's astonishing.

"What is most surprising for me is that this discovery is showing that Neanderthals ventured underground and far away from any source of natural light," says Soressi. While Neanderthals no doubt took shelter in caves, they were never to known to go that deep, so far from light.

The scientists found pieces of burned animal bone at the site, which they think could have been used as torches because the fatty interior of bone burns.

Soressi points out that recent discoveries keep stoking the argument that Neanderthals were in fact not dumb throwbacks compared to modern humans. "I think ... we have by now many different lines of evidence to show that Neanderthals, and even Neanderthals 200,000 years ago, had cognitive abilities not so different from our direct ancestors."