Accessibility links
Verizon, Labor Unions Reach Tentative Deal To End Weeks-Long Strike : The Two-Way Labor Secretary Thomas Perez announced the agreement in principle and says he expects workers will be back on the job next week. 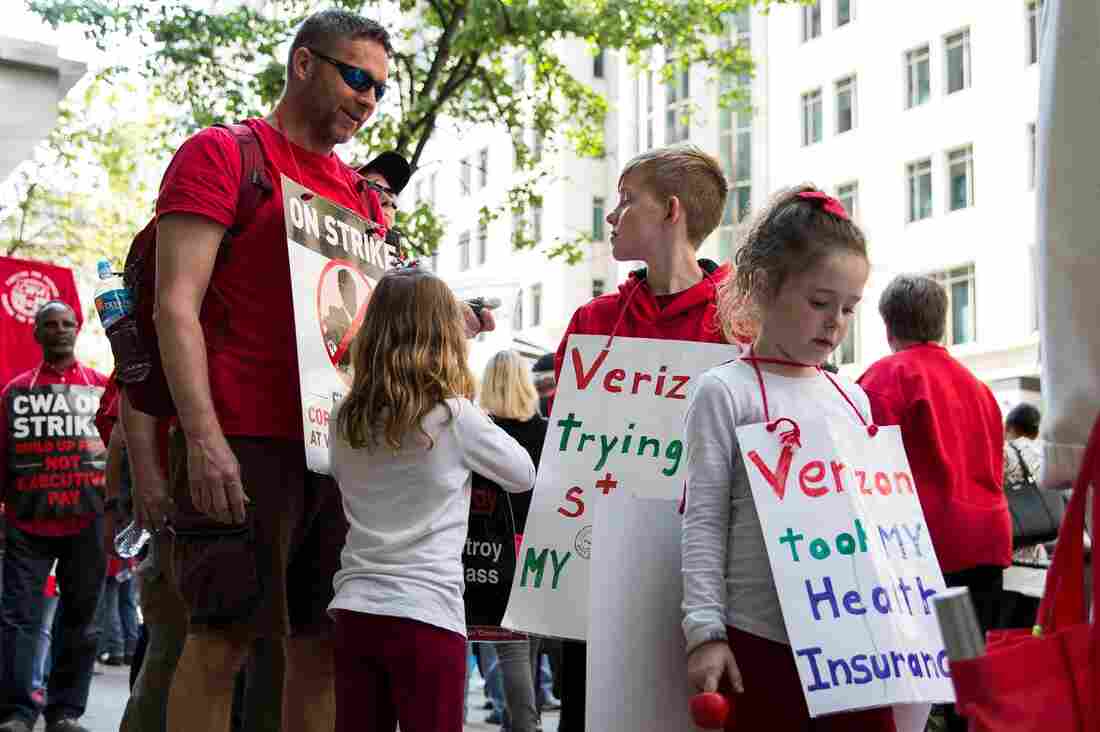 A Verizon worker on strike marches with his children and fellow employees on May 19. With no new contract, workers' health insurance expired at the end of April. Anadolu Agency/Getty Images hide caption 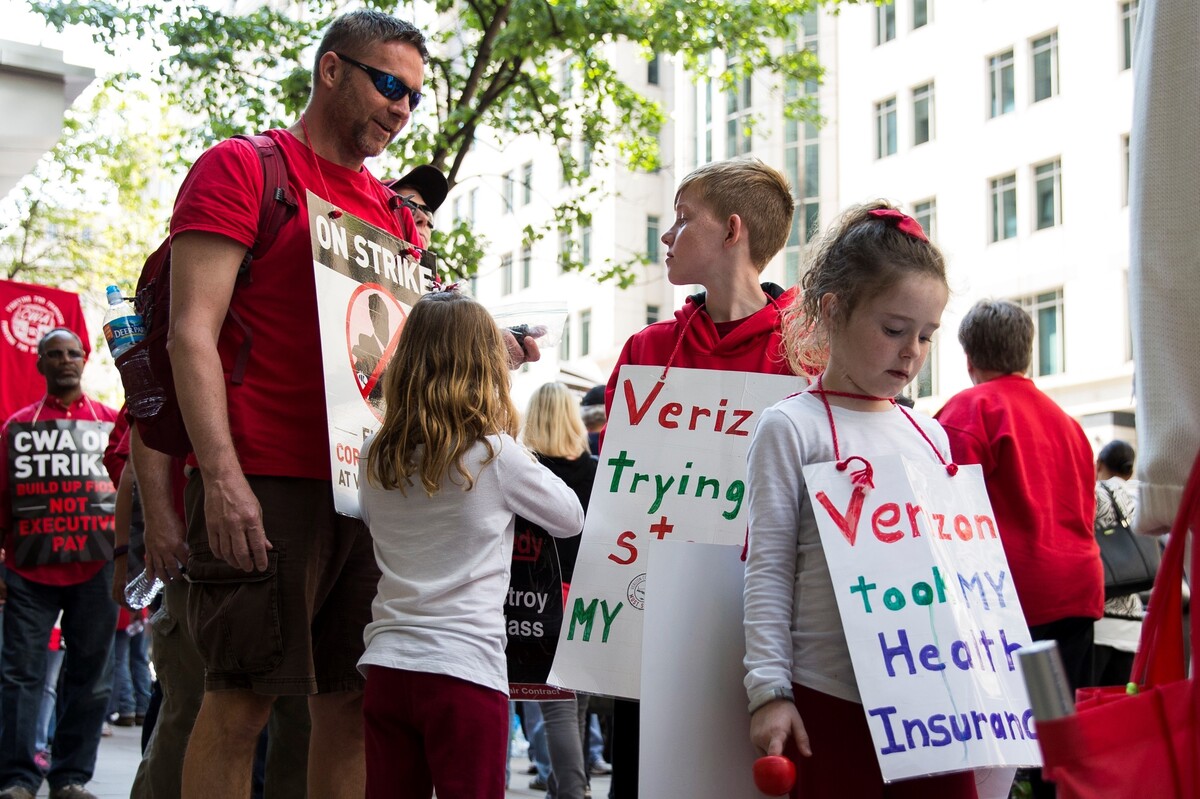 A Verizon worker on strike marches with his children and fellow employees on May 19. With no new contract, workers' health insurance expired at the end of April.

Verizon and two labor unions representing some 40,000 workers have reached a tentative agreement to end a strike that has lasted more than six weeks.

Labor Secretary Thomas Perez announced the deal today in a statement, saying, "The parties have reached an agreement in principle on a four-year contract, resolving the open issues in the ongoing labor dispute between Verizon's workers, unions, and management."

Perez, who is rumored to be on Hillary Clinton's short list of potential running mates, said both sides now have to put the agreement in writing and submit it to union members for ratification.

"I expect that workers will be back on the job next week," Perez said.

The strike began April 13. Most of the employees involved are part of the telcom company's landline business and are members of the Communications Workers of America and the International Brotherhood of Electrical Workers.

The workers have been without a contract since August.

One sticking point — Verizon was looking to trim retirement and healthcare benefits. Without a contract, workers' health coverage expired at the end of April.

As the Two-Way has reported, other points of contention from the unions include "offshoring of jobs, increasing use of contract workers and Verizon's request for the ability to give workers two-month assignments that would require relocating — what the unions call 'family-busting transfers.' "

The terms of the tentative deal haven't yet been disclosed.