Accessibility links
Dr. Heimlich Uses His Maneuver At Retirement Home, Saves 87-Year-Old Woman : The Two-Way The residents' dinner became quite an event. Henry Heimlich, 96, is famous for inventing a technique to help people who are choking. 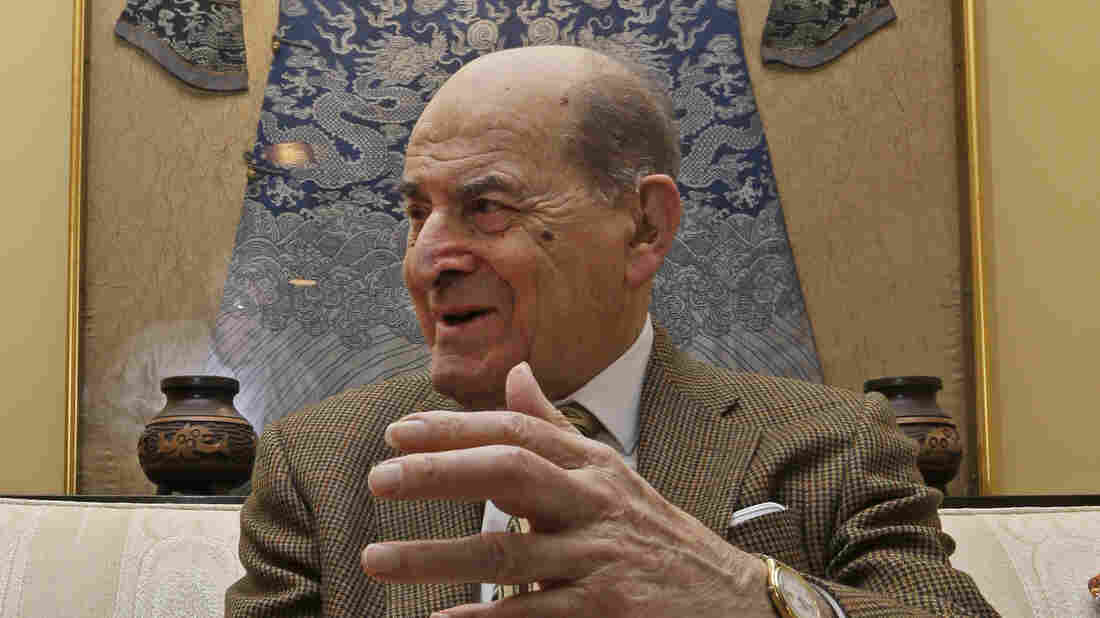 Dr. Henry Heimlich is interviewed in his home in Cincinnati in 2014. Al Behrman/AP hide caption 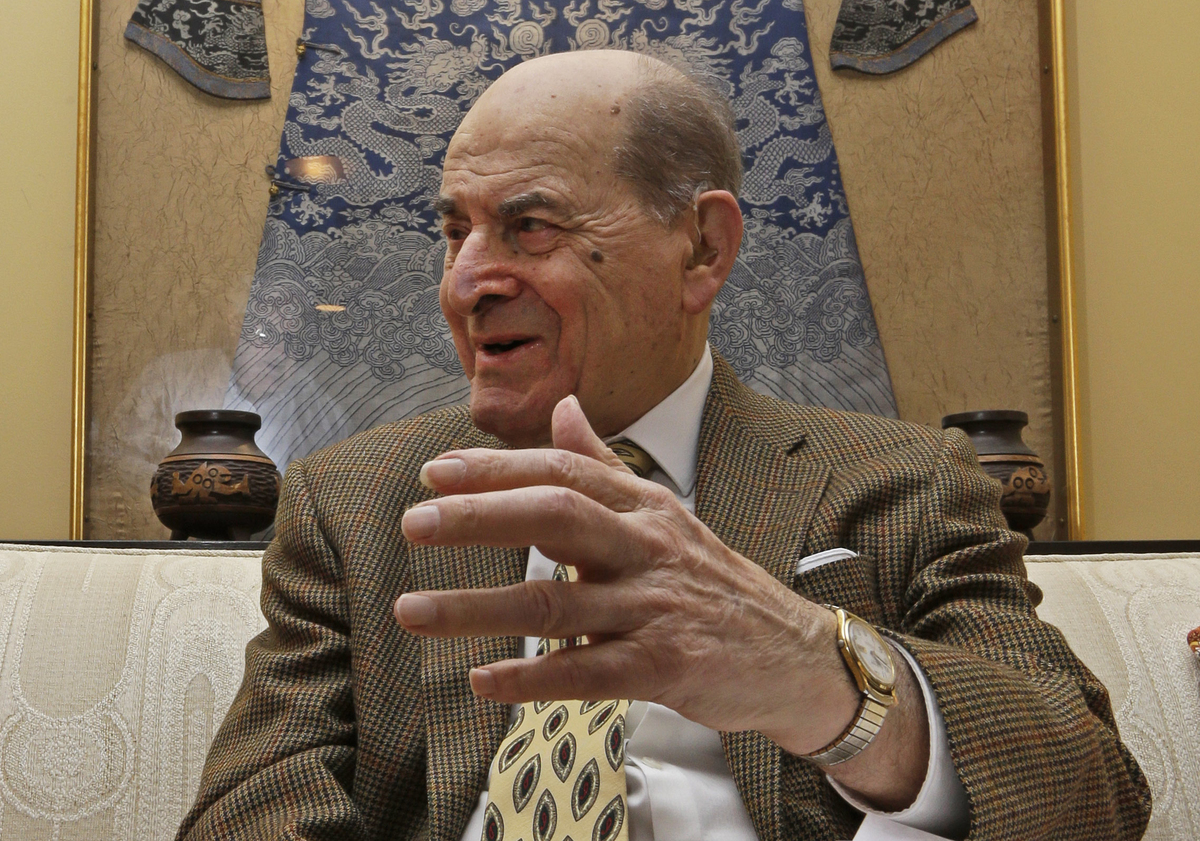 Dr. Henry Heimlich is interviewed in his home in Cincinnati in 2014.

Dr. Henry Heimlich didn't hesitate. When a fellow diner started choking, the 96-year-old was ready to perform the maneuver that he invented.

This all happened Monday at an assisted-living facility in Cincinnati, The Cincinnati Enquirer reports. Resident Patty Ris, 87, had swallowed a piece of meat and was struggling to breathe. Perry Gaines, an employee of the Deupree House — who had in fact performed the Heimlich maneuver before — ran toward her table. But Heimlich was already in position.

"Typically, a staff member would do it," the Enquirer reports. " 'But,' Gaines said, pausing, 'it is Dr. Heimlich.' "

"It was very gratifying," he told The Guardian on Friday. "That moment was very important to me. I knew about all the lives my manoeuvre has saved over the years and I have demonstrated it so many times but here, for the first time, was someone sitting right next to me who was about to die."

In a video given to the Enquirer, Ris said she wrote Heimlich a thank you note that read, "God put me in this seat next to you."

NPR and others have reported that Monday's incident was Heimlich's first time actually performing the maneuver. But the BBC says that Heimlich told the broadcaster in 2003 that he had used the move before to help someone. Heimlich's son Phil told The New York Times his dad hadn't mentioned any such instances before this week. 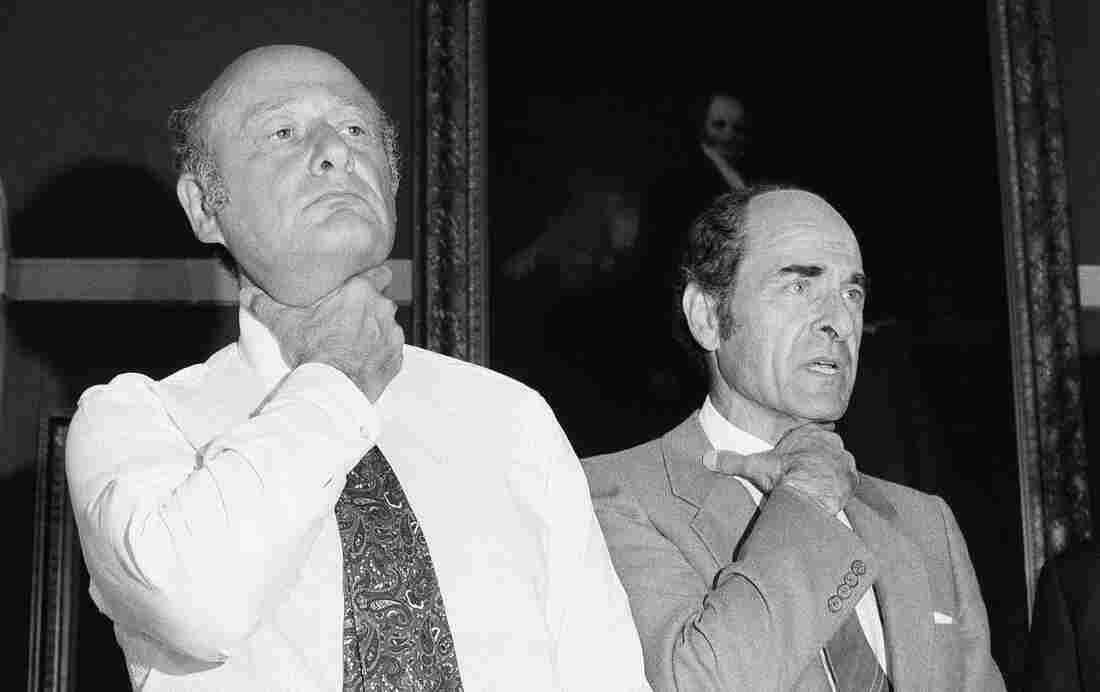 Heimlich invented the maneuver to clear a blocked airway in 1974, after learning that thousands of people died every year from choking. His first test subjects were dogs, Radio Lab explains in an illustrated history. Among the celebrities who have since been saved by the technique are President Ronald Reagan, New York Mayor Ed Koch and Cher.

"Dr. Heimlich always intended his maneuver to be practiced by the public at large, rather than exclusively by health professionals," columnist Dr. Howard Markel wrote for PBS NewsHour in 2014. The journal Emergency Medicine agreed to publish his findings, titled, "Pop Goes the Café Coronary," but Heimlich pushed to have the report shared with the media, even though such publicity was "frowned upon" at the time, Markel wrote.

The National Library of Medicine recommends the technique only for someone who can't breathe, but who is still conscious. It says: "First ask, 'Are you choking? Can you speak?' DO NOT perform first aid if the person is coughing forcefully and is able to speak. A strong cough can often dislodge the object."

If the person is choking, the NLM says to follow these steps (it may take a few tries):

*This post was updated Friday evening to reflect uncertainty about whether Monday was Henry Heimlich's first time using the maneuver himself.