Accessibility links
Argentina's Last Dictator Sentenced To 20 Years In Prison For Cross-Border Conspiracy : The Two-Way The case focused on a plan known as Operation Condor. This marks the first time a court has ruled that it was a criminal conspiracy to track down and disappear political dissidents across borders. 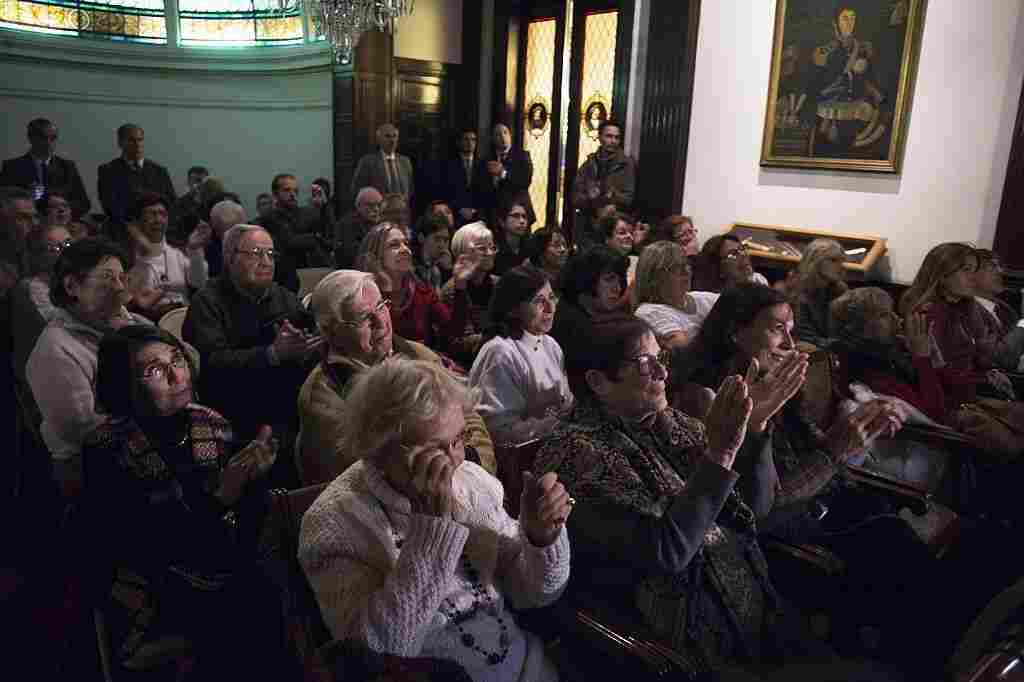 Relatives and victims of Argentine and Uruguayan military dictatorships react as they hear the sentence of Argentina's court in the trial on Operation Condor, at the Argentina's embassy in Montevideo, Uruguay on May 27, 2016. Pablo Porciuncula /AFP/Getty Images hide caption 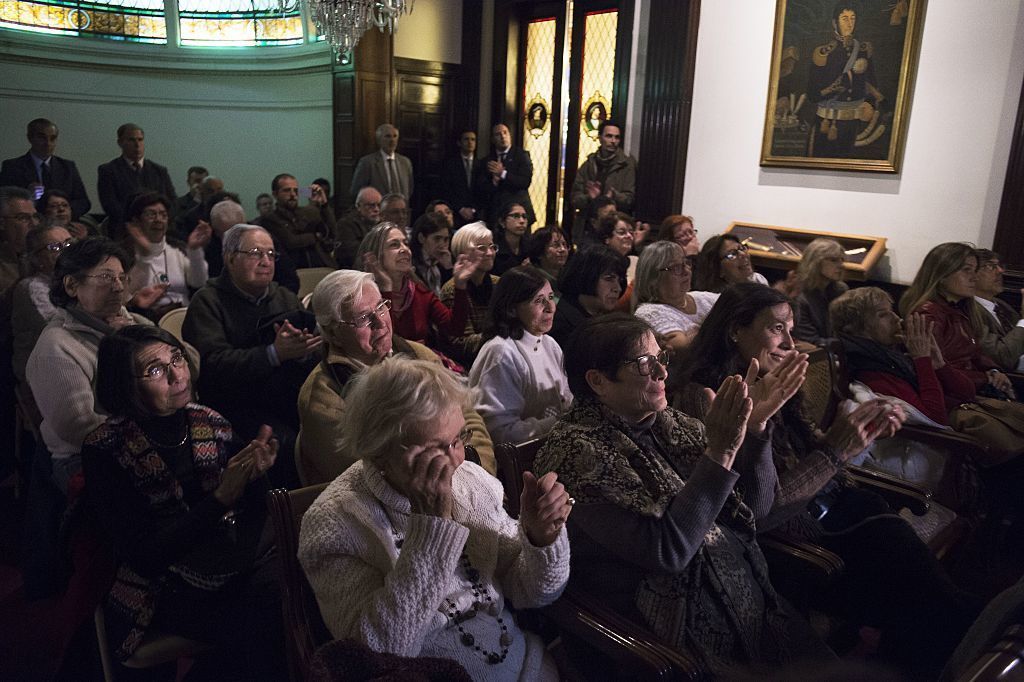 Relatives and victims of Argentine and Uruguayan military dictatorships react as they hear the sentence of Argentina's court in the trial on Operation Condor, at the Argentina's embassy in Montevideo, Uruguay on May 27, 2016.

An Argentine court has sentenced Reynaldo Bignone, the country's last dictator, to 20 years in prison for his part in Operation Condor.

It's the "first time a court has ruled that Operation Condor was a criminal conspiracy to kidnap and forcibly disappear people across international borders," The Associated Press reports.

Under this plan, the military dictatorships in Argentina, Chile, Paraguay, Bolivia, Uruguay and Brazil agreed to share information with each other to help track down political opponents and leftists starting in 1975. 376 people were killed as a result of Operation Condor, the BBC reports. As The Guardian describes, "after their arrest, the victims were made to 'disappear', usually by being cremated, or thrown drugged but still alive from military planes into the Atlantic Ocean."

This trial was looking into 105 of those cases, Reuters reports.

'The Condor Years: How Pinochet and his Allies Brought Terrorism to Three Continents'

The Argentine federal court also handed prison sentences to 14 former military officers. Bignone, who ruled Argentina from 1982-83, was found guilty of "being part of an illicit association, kidnapping and abusing his powers in the forced disappearance of more than 100 people," the AP reports. 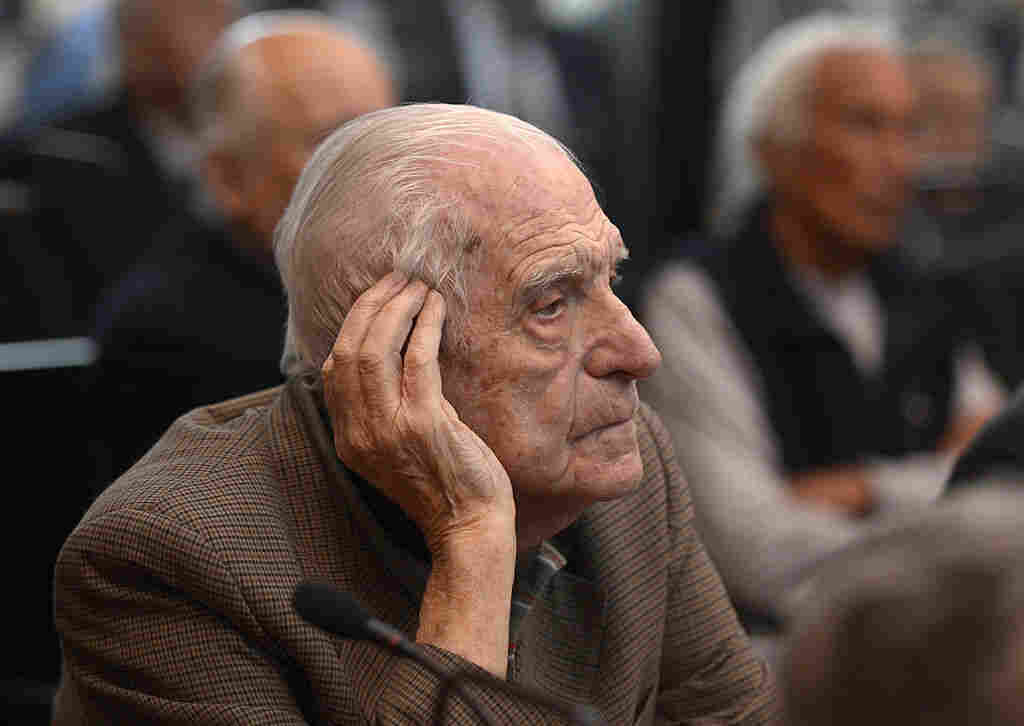 Former general and member of the military junta, Reynaldo Bignone, gestures during his trial to investigate the crimes committed during the Operation Condor in March 2013. Juan Mabromata/AFP/Getty Images hide caption

Human rights groups view this as a landmark ruling.

"This ruling, about the coordination of military dictatorships in the Americas to commit atrocities, sets a powerful precedent to ensure that these grave human rights violations do not ever take place again in the region," Jose Miguel Vivanco, Americas director for Human Rights Watch, told Reuters.

"This is a great ruling, with stiff sentences," Luz Zaldua, a lawyer representing victim's families, told the AP. "It has established that Condor was a supranational criminal association, and that's important - not just for our country but for all countries that have been part of this operation."

100 Words: On The Shadows Of The Disappeared

As Reuters explains, previous cases have focused on individual crimes that occurred during Operation Condor, but this is the first time a court has focused on "participation in the plan itself."

The courtroom Friday was "packed with victims' relatives, who sat in stony silence during the lengthy reading" of the sentences, The Guardian reports.

Photos released by Getty also show family members of the victims crowded around televisions in Argentia's embassies in Uruguay and Paraguay, awaiting the verdict and later weeping and cheering.