Accessibility links
More Than 700 Migrants Feared Dead In 3 Separate Mediterranean Shipwrecks : The Two-Way In one case, migrants saw rescuers and rushed toward them, causing the boat to flip. In another, a large boat cut the line to a smaller boat it was dragging when it began to take on water. 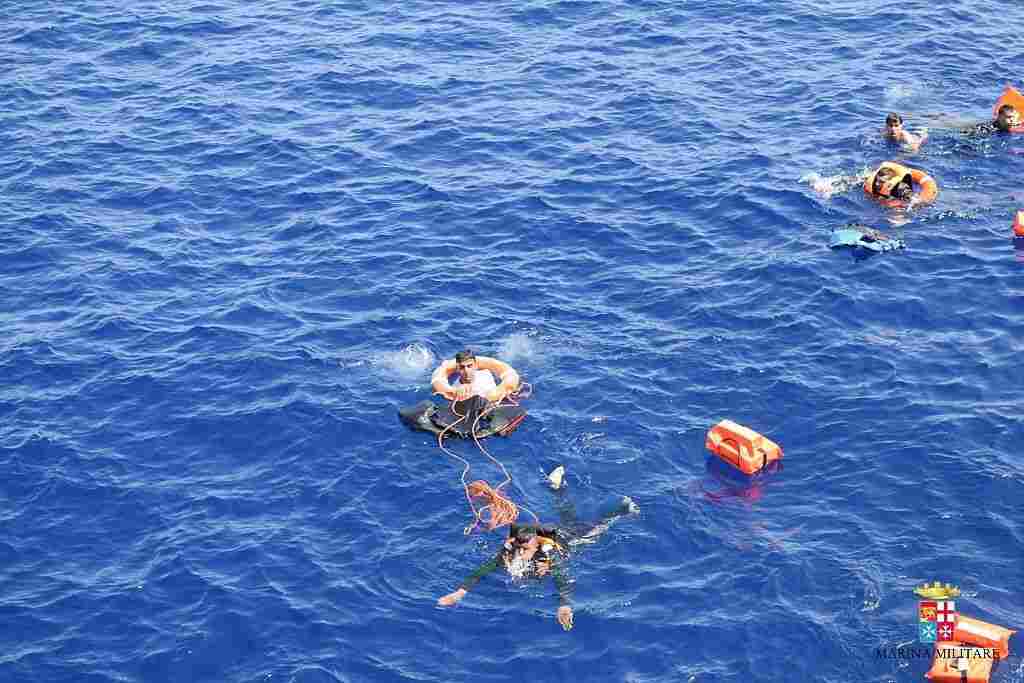 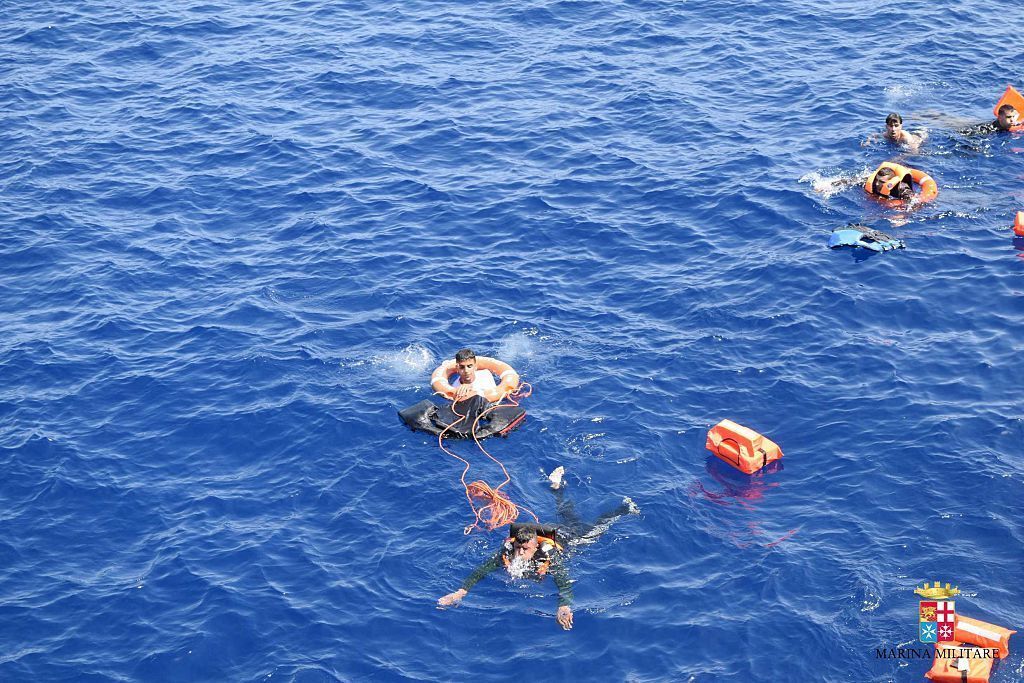 The U.N. Refugee Agency and Italian authorities say they fear at least 700 migrants have died in three separate shipwrecks in the Mediterranean since last Wednesday.

This comes amid a surge of migrants attempting to make the dangerous crossing between Libya and Italy, UNHCR spokesperson William Spindler tells The Two-Way. He adds that search and rescue teams have been able to save 14,000 people making the crossing during the past week.

The first incident happened last Wednesday, he says, on a fishing boat carrying hundreds of migrants: "When people saw a rescue ship approaching they all rushed to one side, and that caused the boat to lift and flip over."

He says many people fell into the sea — "but inside the ship, in the hold, there were hundreds of people – and about a hundred are still missing, presumed to have drowned."

The Italian Coast Guard captured this harrowing sequence of images of the boat flipping over, as it worked to rescue the migrants: 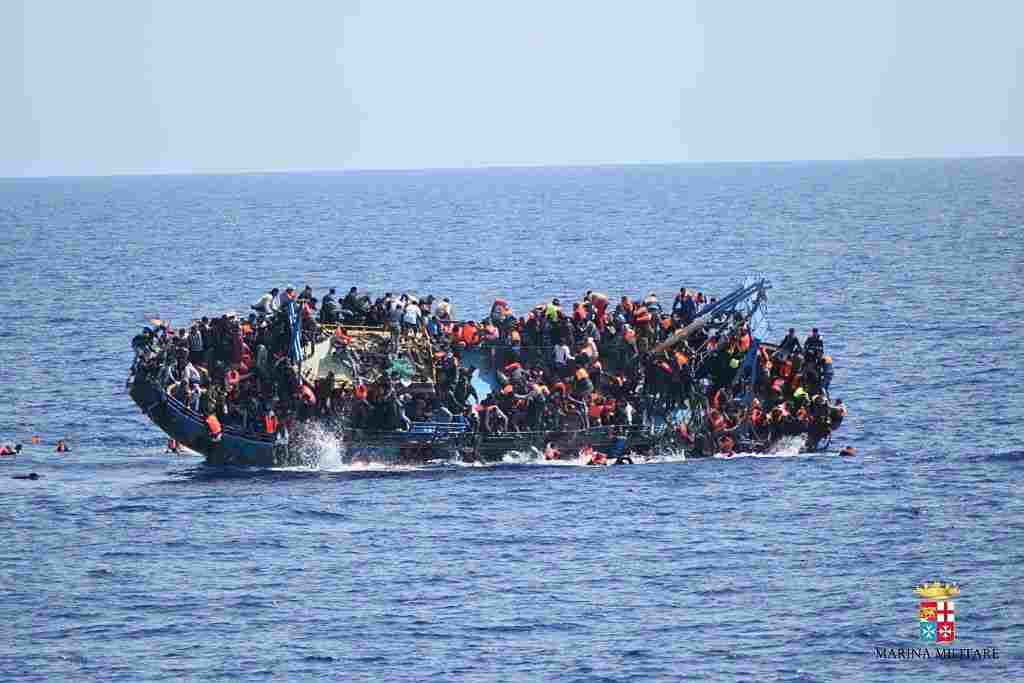 Migrants in an overcrowded boat, which was about to capsize, are rescued by Bettica and Bergamini ships of the Italian navy at Sicilian Strait, between Libya and Italy, in the Mediterranean Sea on Wednesday. Anadolu Agency/Getty Images hide caption 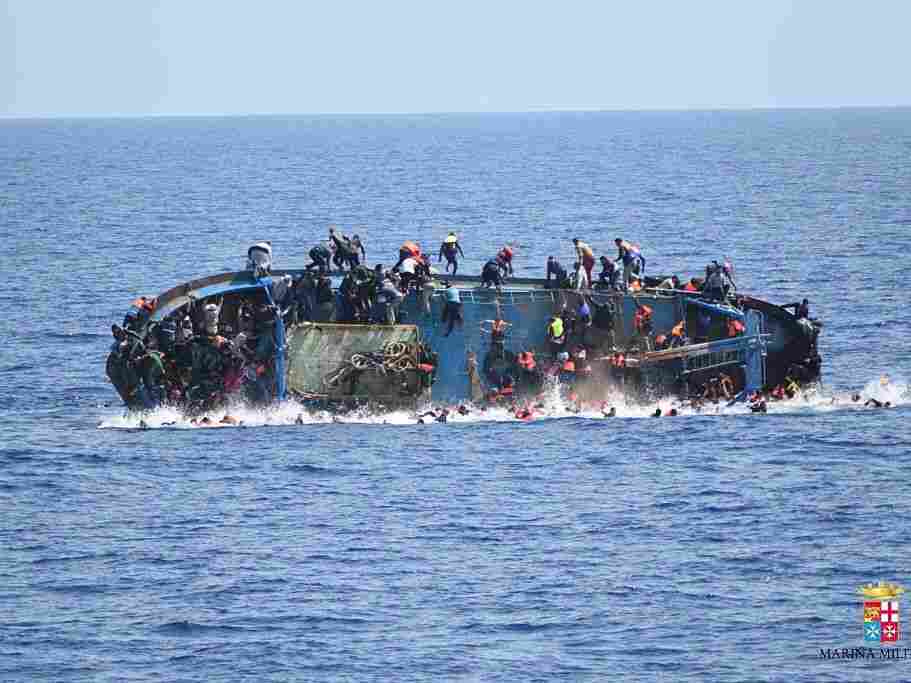 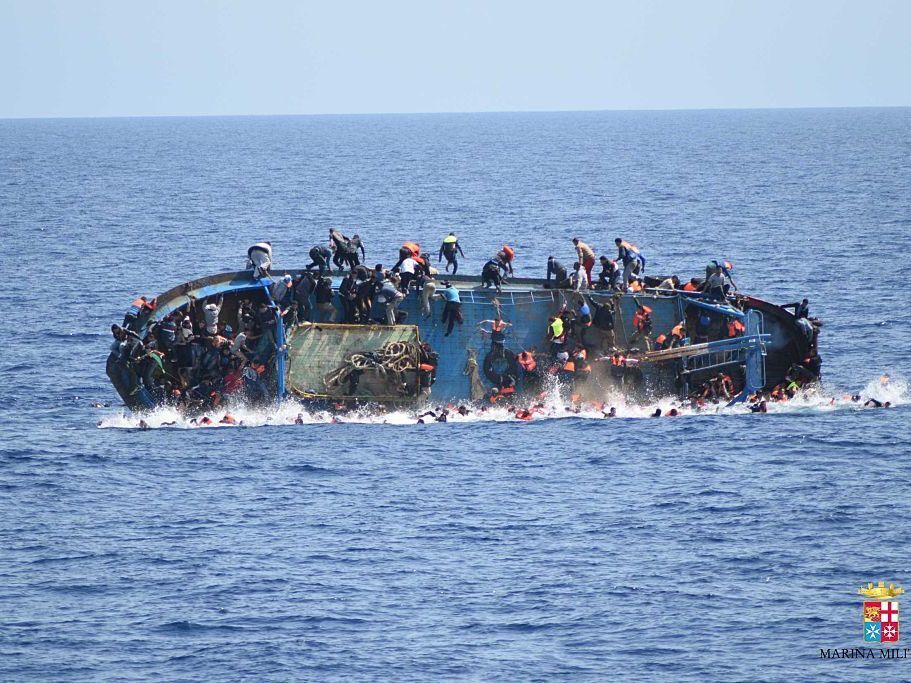 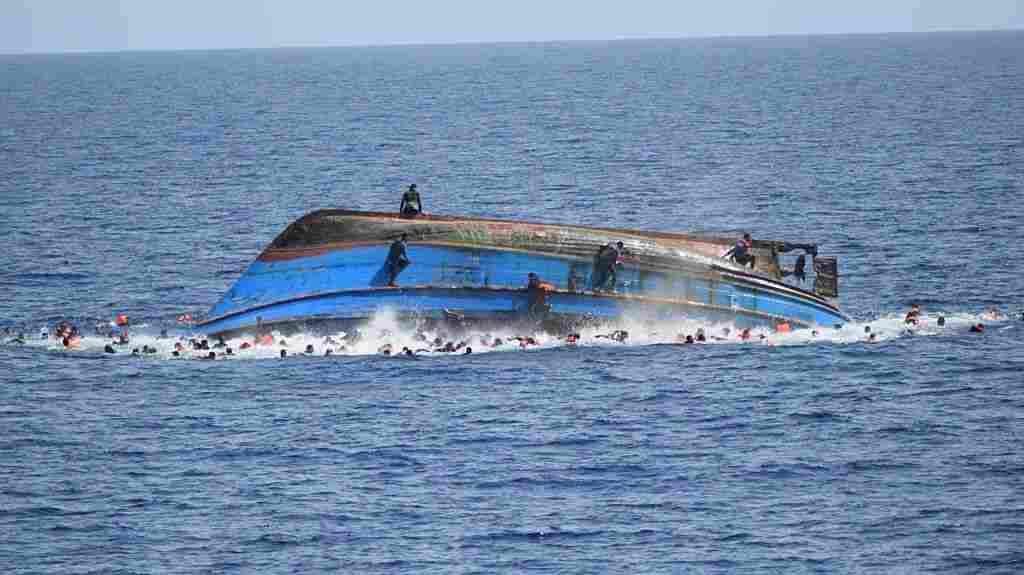 Spindler says that as many as 550 people are feared dead from a separate shipwreck on Thursday. "It was being pulled by a fishing boat and it started to take on water and to sink. And the boat that was pulling it cut the rope that was being used to pull it so that it would not also go down," Spindler says.

A survivor of that shipwreck says passengers worked for hours to bail out the water-logged boat before the line was cut. He recounts the ordeal to The Associated Press:

"One survivor from Eritrea, 21-year-old Filmon Selomon, told The Associated Press that water started seeping into the second boat after three hours of navigation, and that the migrants tried vainly to get the water out of the sinking boat.

"'It was very hard because the water was coming from everywhere. We tried for six hours after which we said it was not possible anymore,' he said through an interpreter.

"He jumped into the water and swam to the other boat before the tow line on the navigable boat was cut to prevent it from sinking when the other went down."

Finally, Spindler says the Italian Coast Guard retrieved 45 bodies from a separate shipwreck. The rescuers were able to save 135 people in that incident, according to the AP.

The three boats are believed to have departed from Libya and most of the migrants on them were from countries in sub-Saharan Africa, such as Nigeria, Gambia, Somalia, Ivory Coast and Guinea. And as NPR's Sylivia Poggioli tells our Newscast unit, Italian officials say they've seen "a big increase in the number of women and small children."

Spindler adds that information from these wrecks can be slow to arrive because they're so far off the coast – in some cases, more than a day's sailing away. "We might still hear about more cases of people either drowning or being missing," he says.

Sunday counting victims. Macabre exercise:will the world realize the over 700 pp would have deserved a safe passage? pic.twitter.com/c8Puo3ktkF

As The Associated Press notes, it's impossible to verify exact death tolls "because the bodies went missing in the open sea." The wire service adds that "humanitarian organizations and investigating authorities typically rely on survivors' accounts to piece together what happened, relying on overlapping accounts to establish a level of veracity."

The tragedies this week bring the death toll in the Mediterranean this year to more than 2,000 people, Spindler says.

Last year saw some 3,700 reported casualties. "We are not there yet, but we are also not in the peak of the sailing season," Spindler says. That's in July and August, he says, when the weather is at its calmest.