Accessibility links
Animal Rights Group Calls For Federal Fines For Cincinnati Zoo : The Two-Way The complaint comes after the zoo killed a gorilla to protect a child who climbed into its enclosure. The group, Stop Animal Exploitation Now!, said the gorilla's enclosure was inadequate.

An animal rights group is calling on the United States Department of Agriculture to fine the Cincinnati Zoo after it killed a gorilla named Harambe to protect a child who had climbed into its enclosure.

"The Cincinnati Zoo failed both the public and Harambe by maintaining an enclosure which allowed a member of the public to gain access to a potentially dangerous animal," Michael A. Budkie, the executive director of Stop Animal Exploitation Now!, said in a statement. 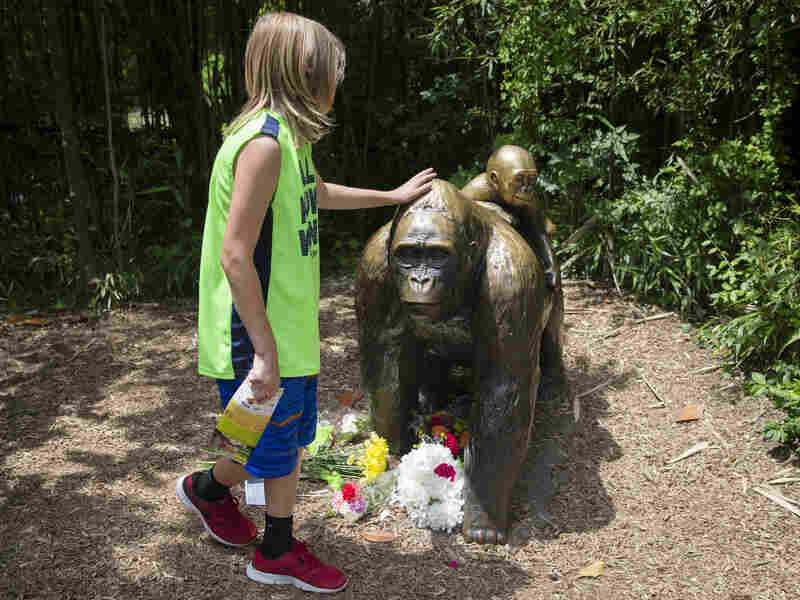 A child touches the head of a gorilla statue where flowers have been placed outside the Gorilla World exhibit at the Cincinnati Zoo & Botanical Garden, Sunday, May 29, 2016, in Cincinnati. John Minchillo/AP hide caption 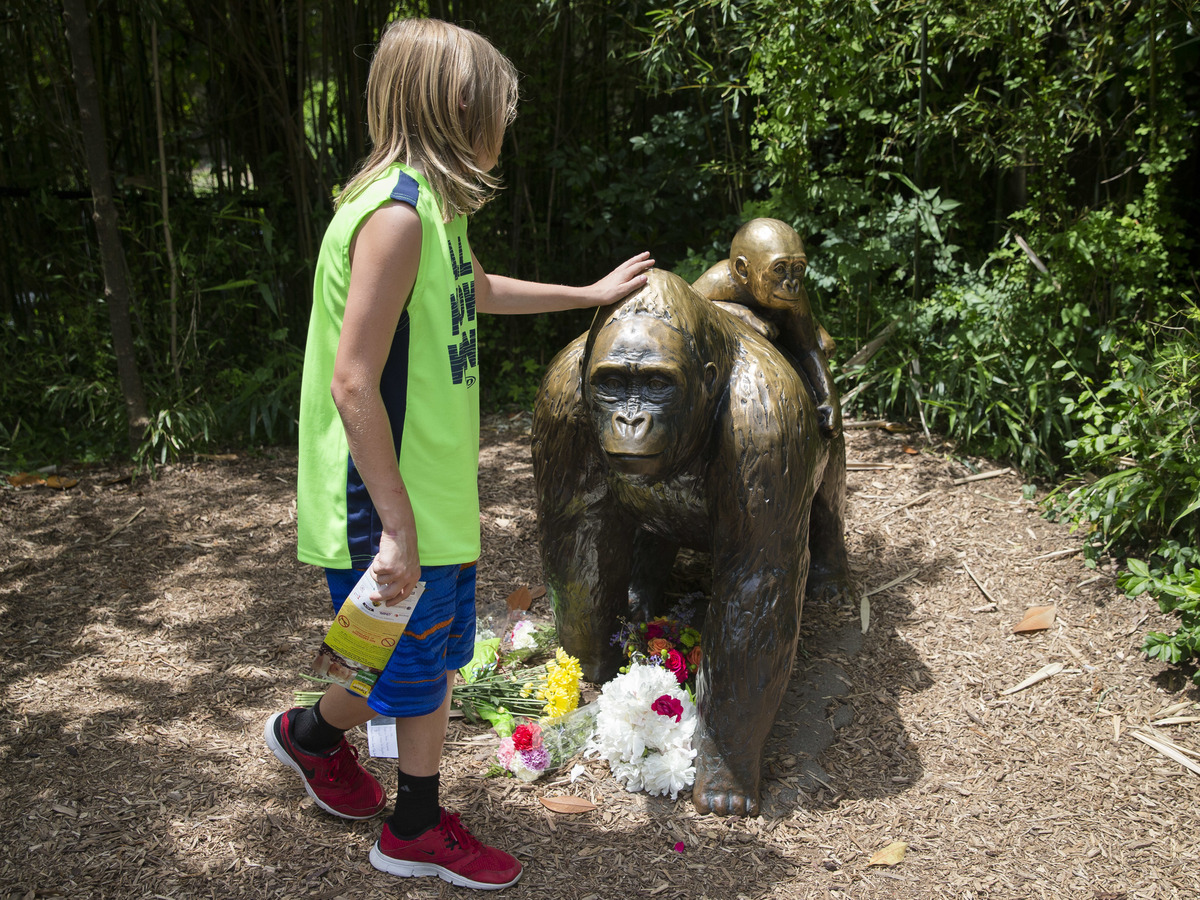 A child touches the head of a gorilla statue where flowers have been placed outside the Gorilla World exhibit at the Cincinnati Zoo & Botanical Garden, Sunday, May 29, 2016, in Cincinnati.

The organization filed a complaint with the USDA, which regulates zoos under the Animal Welfare Act, saying the zoo was negligent and should be fined $10,000, the maximum amount under the law.

Yesterday, the zoo defended its actions, saying it had to kill the gorilla to save the life of the toddler. Thane Maynard, director of the Cincinnati Zoo and Botanical Garden, said its enclosure met federal standards and is safe.

According to USDA records, the zoo has been cited on a few unrelated issues. Once in May, after a keeper left a door open and two polar bears walked into the keeper area, and in November 2014, when the USDA found problems with the conditions of the enclosures for colobus monkeys and two Przewalski's horses.

The Association of Zoos and Aquariums also inspected the zoo, but a spokesman said those reports are confidential.

"I can tell you that the Cincinnati Zoo has been a continuously accredited member of AZA since 1978, and was last inspected in 2014," Rob Vernon said in a email.

Hamilton County Prosecutor Joseph T. Deters said the Cincinnati Police Department was still investigating the incident. After police are done, he says, his office will confer with police and decide if it's appropriate to charge someone in the case.