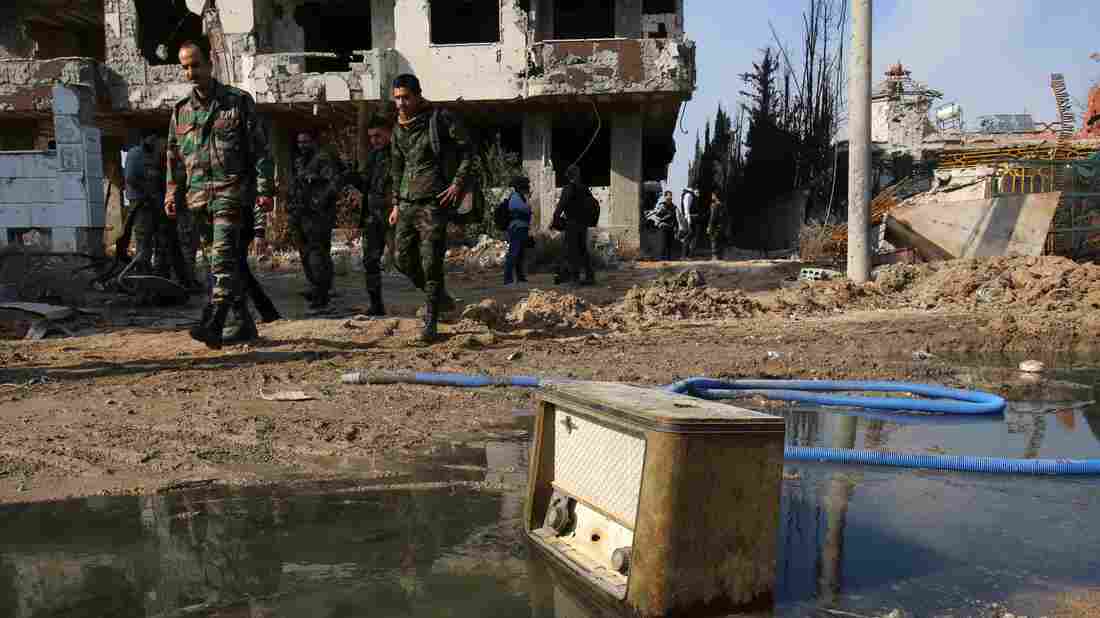 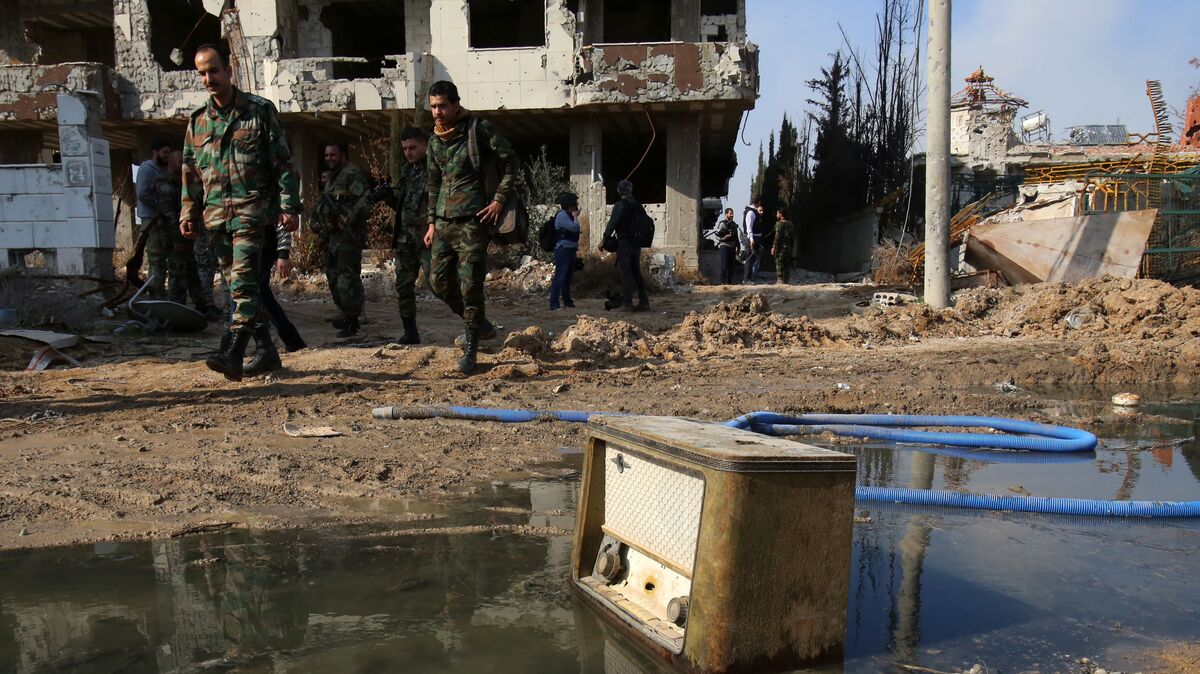 Syrian government forces patrol Daraya, a suburb of the capital, Damascus, on Feb. 24.

A convoy carrying much-needed aid, including medicine and baby milk, has reached the besieged suburb of Daraya in Syria's capital. Less than a month ago, a convoy was turned away by government forces.

The International Committee of the Red Cross, the United Nations and the Red Crescent — an aid organization active in the Muslim world — coordinated the effort to get supplies to the Damascus suburb.

It's the first delivery of its kind to the town since 2012.

The Red Cross announced the convoy's arrival on Twitter:

As we reported earlier, the organizations attempted a similar delivery last month but were refused entry by Syrian government forces. The U.N. and Red Cross issued a joint statement at the time saying the convoy could not make it past the last government checkpoint, despite having already obtained official clearance to access Daraya.

That denial, as NPR's Alison Meuse reports for our Newscast unit, prompted international calls to begin airdropping supplies into Daraya.

"Government troops last month halted the same convoy, despite it being pre-approved with help from Russia. The diplomatic fiasco prompted a U.S.- and Russia-backed task force to approve airdrops.

"The Assad regime averts a new intrusion into its airspace by allowing the convoy by land."

"[The] International Syria Support Group last month called on the U.N. to 'immediately carry out a program for air bridges and air drops for all areas in need' starting June 1 if it was denied access to designated areas. The U.N. envoy to Syria, Staffan de Mistura, has called air drops, which cost more than land delivery, a 'last resort.' "

The BBC reports a 48-hour cease-fire came into effect for Daraya on Wednesday, and another convoy arrived in Moadamiyeh, a rebel-held town and recipient of an international aid delivery last month.

Daraya has been subject to a government blockade since residents forced out President Bashar Assad's security forces early on in the Syrian uprising, the AP reports. Daraya's electricity was cut off three years ago, according to the BBC.

The U.N. estimates between 4,000 and 8,000 people currently reside in Daraya and are, in effect, subject to the blockade, according to the AP.