Accessibility links
Ken Starr Resigns As Baylor University's Chancellor 'As A Matter Of Conscience' : The Two-Way Starr has been under fire over the university's handling of allegations of sexual assault on campus. The university had previously removed him from the presidency.

'As A Matter Of Conscience,' Ken Starr Resigns As Baylor University's Chancellor

'As A Matter Of Conscience,' Ken Starr Resigns As Baylor University's Chancellor 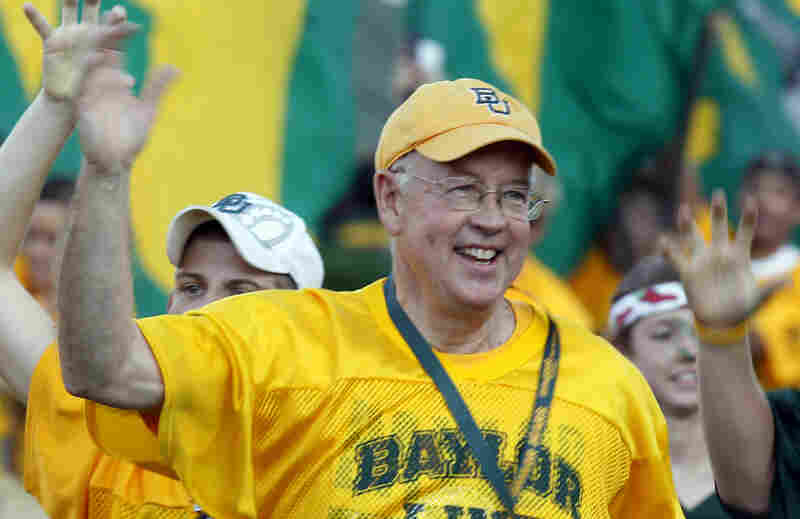 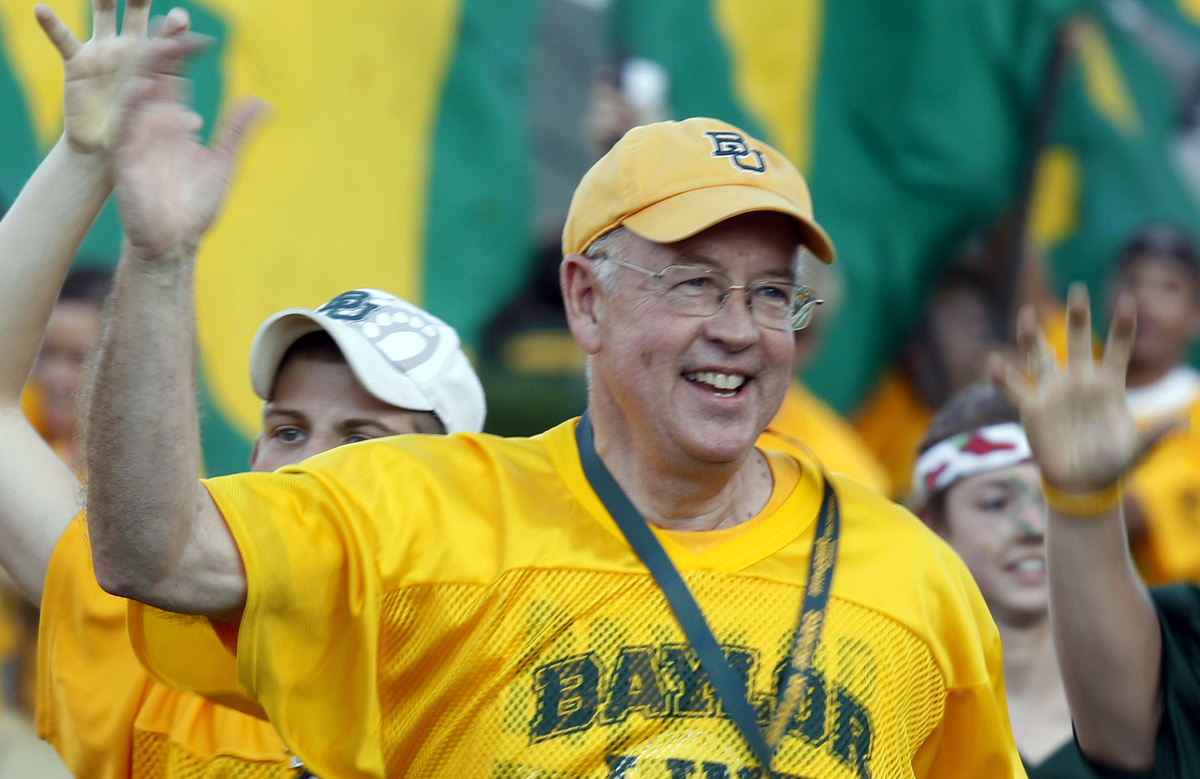 Baylor University President Kenneth Starr runs onto the football field before a 2011 game against Texas Christian University in Waco, Texas. Starr became president of Baylor in 2010.

Kenneth Starr, known for leading an investigation of President Bill Clinton, says he has resigned as Baylor University's chancellor.

The private Texas university has been rocked by an independent report that found the university mishandled allegations of sexual harassment and assault. Last week, the university stripped Starr of the presidency and suspended head football coach Art Briles.

During an interview with ESPN, Starr said he was resigning as chancellor but he would stay on as a professor at Baylor's law school.

"With sorrow earlier this morning, I announced my resignation effective immediately as chancellor of Baylor University as a matter of conscience," the former solicitor general said. "I have a called from the outset of the Pepper Hamilton inquiry for full transparency. I hope the Baylor University Board of Regents will move forward with full transparency. But as each day goes by that need becomes more and more pressing, so as a matter of conscience as I have submitted my resignation."

"Pepper Hamilton's review found 'a fundamental failure' by the university to enact Title IX, which prohibits sex discrimination in education, and to implement the Violence Against Women Reauthorization Act of 2013. A summary of the findings says Baylor 'failed to consistently support' students who said they had been sexually assaulted and found that two administrators 'directly discouraged' reporting such incidences.

"'Pepper's findings also reflect significant concerns about the tone and culture within Baylor's football program as it relates to accountability for all forms of athlete misconduct.'"