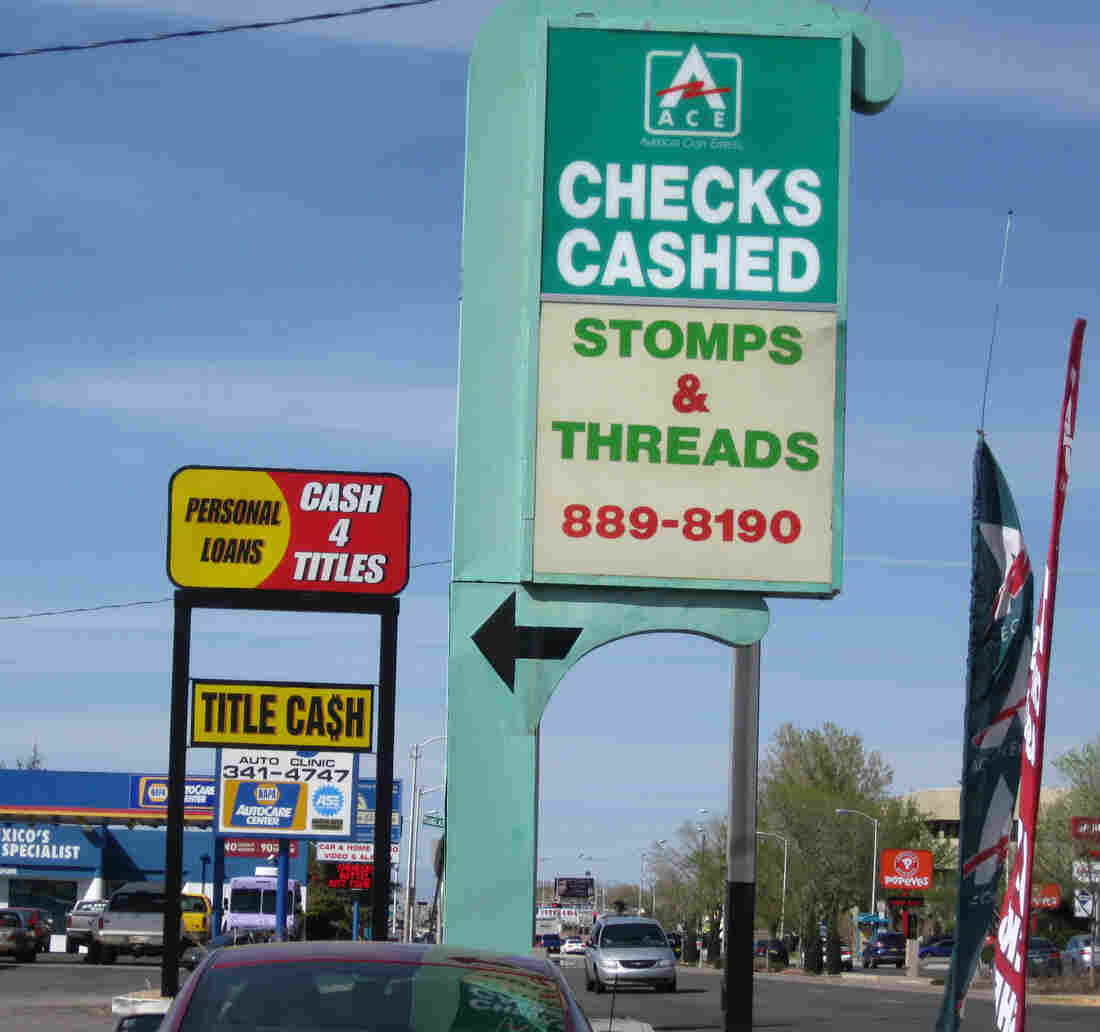 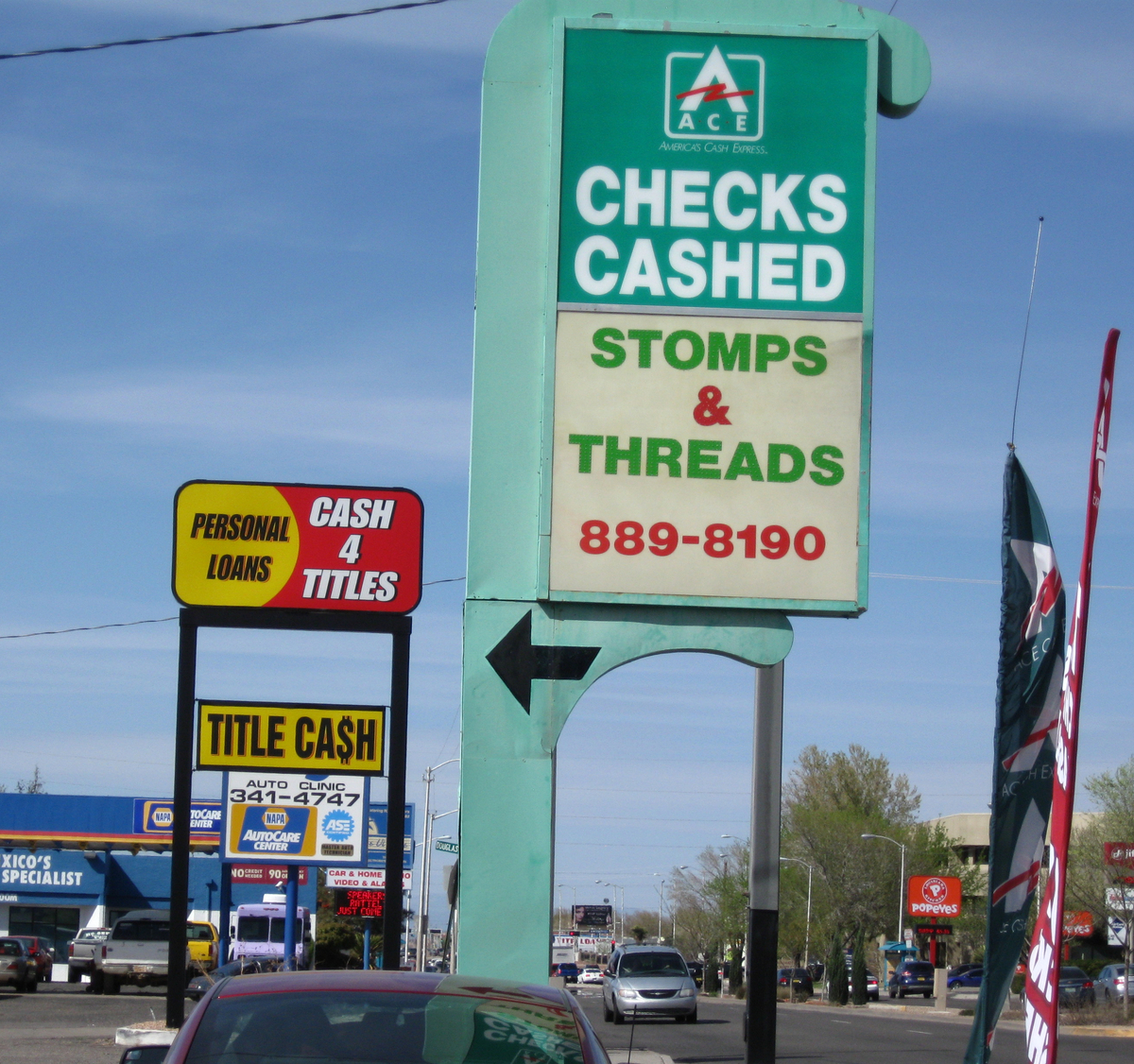 Americans are being "set up to fail" by payday and auto-title lenders, Richard Cordray, the director of the Consumer Financial Protection Bureau, tells NPR. 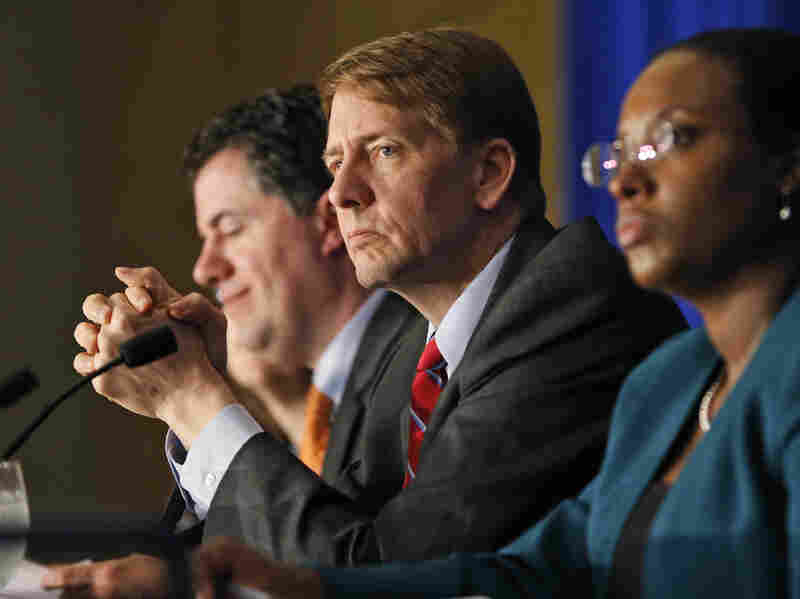 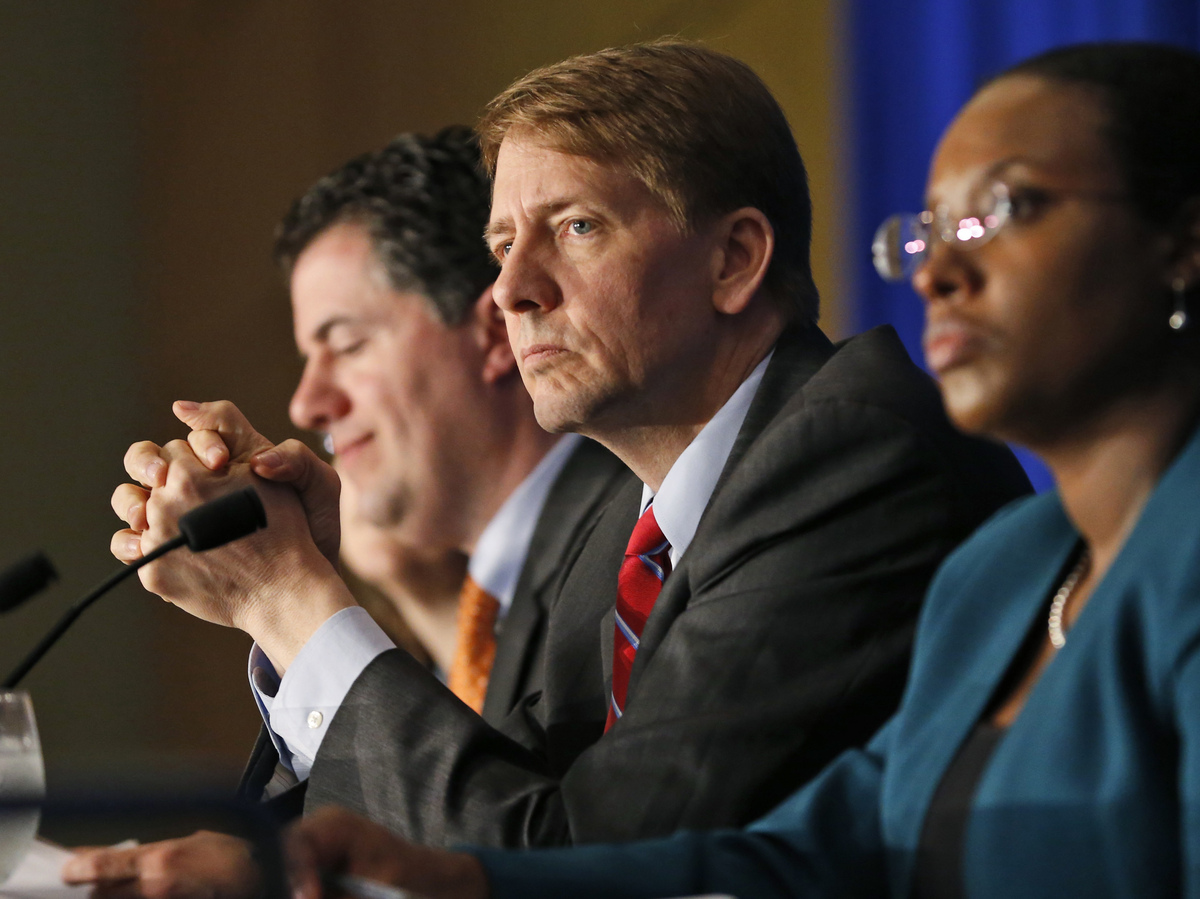 Consumer Financial Protection Bureau Director Richard Cordray (center) listens to comments during a field hearing on payday lending in Richmond, Va., in May.

"The way these products are structured, it's very difficult to repay the loan, and therefore people end up borrowing again and again and paying far more in fees and interest than they borrowed in the first place," Cordray says.

Under the proposed rule, so-called "payday," "auto-title" and other short-term lenders would be required to determine that people they loan money to can make the payments and fees when they come due and still meet basic living expenses and major financial obligations.

With interest rates of 300 percent and higher, these lenders have fallen under greater scrutiny at both the state and federal level. In March of last year, President Obama said he supported tougher regulations for payday lenders who profit by charging borrowers super-high interest rates. "If you're making that profit by trapping hard-working Americans into a vicious cycle of debt, you've got to find a new business model," the president said.

Let's say a low-wage worker's car breaks down. She has to get to work and take her kids to school. But she has bad credit, no credit cards and no way to pay for the car repair. A payday lender might in effect say, "No problem. I'll give you the money you need right now to get your car fixed, and you give me your bank account number, and when you get paid in two weeks I'll withdraw the money you owe me from your checking account."

Google Announces It Will Stop Allowing Ads For Payday Lenders

The industry says these loans are needed to help working Americans through a cash squeeze and that the new regulations are unwarranted. "The CFPB's proposed rule presents a staggering blow to consumers as it will cut off access to credit for millions of Americans who use small-dollar loans to manage a budget shortfall or unexpected expense," says Dennis Shaul, CEO of the payday lending industry group, the Community Financial Services Association.

But regulators say the problem is that the terms are so onerous that many borrowers can't afford to pay the loans back and still have enough for their rent and other essentials. And so they end up taking out another loan, and then another loan after that, again and again for months or sometimes years, sinking deeper into a quagmire.

Cordray says consumers think they are getting into a one-time loan but they get "trapped" by this cycle. He says it is like "getting in a taxi just to drive across town and you find yourself in cross-country journey that can be ruinously expensive."

Episode 495: The Weird Inner Workings Of The Payday Loan Business

The CFPB studied the payday lending industry before crafting the proposed rule and found that four out of five of these single-payment loans are re-borrowed within a month. In the case of auto-title loans where borrowers put their cars up as collateral, one in five borrowers ends up having a car or truck seized by the lender for failure to repay.

Consumer Groups Applaud The Rule But Wary Of Loopholes

Watchdog groups for decades have been critical of payday lenders. "The lesson from the last 20 years since this industry started is that it's been remarkably effective at evading attempts at regulation and using a very high-powered lobbying machine to push for loopholes," says Mike Calhoun, the president of the Center for Responsible Lending.

Calhoun says he supports the proposed rule from the CFPB, but he's still concerned the industry will find a way to work around it.