Accessibility links
Flooding Wreaks Havoc In Paris, Parts Of Western Europe : The Two-Way The swollen Seine River and its tributaries flooded Paris roadways, effectively isolating neighborhoods and towns. The Louvre announced it would be closed Friday to move artworks in vulnerable areas. 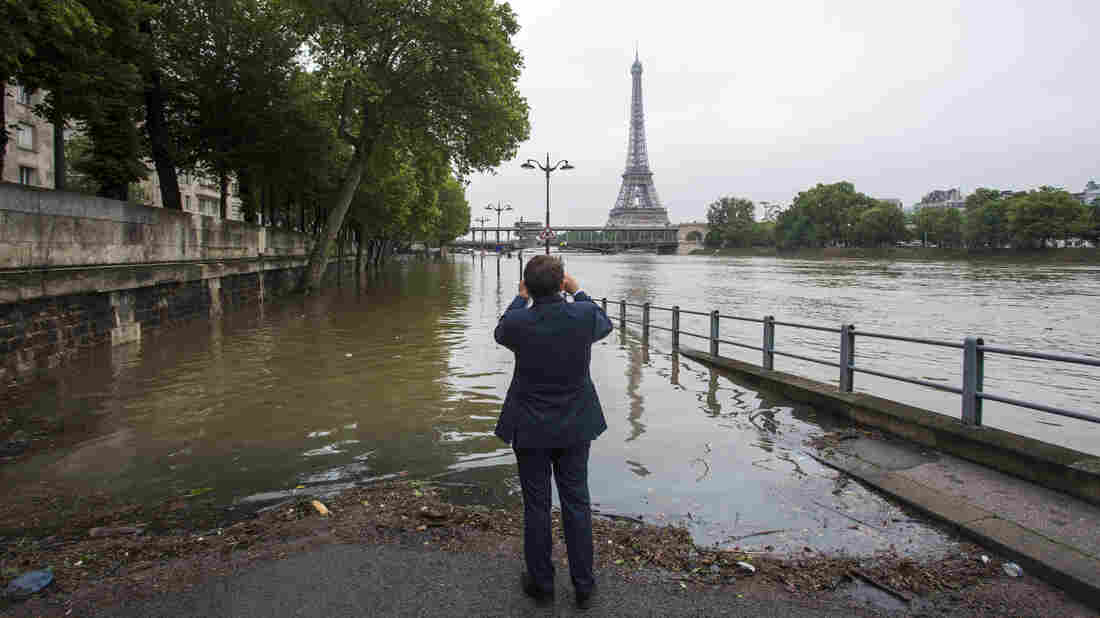 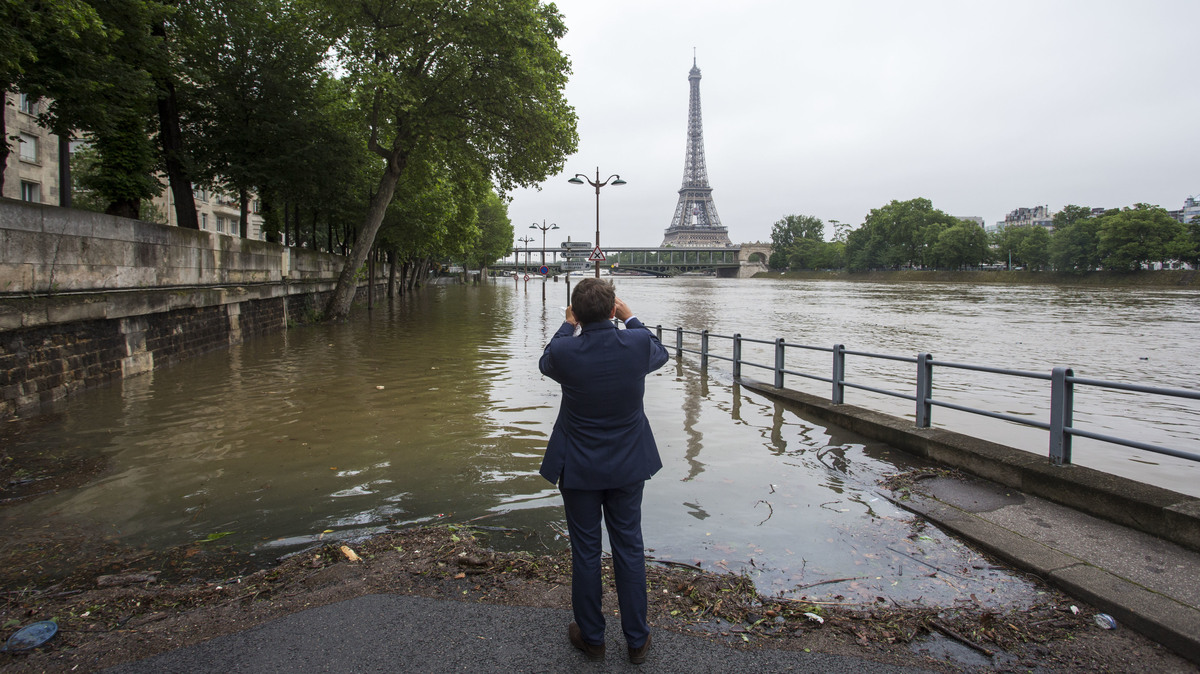 Torrential downpours have lashed parts of Europe in recent days. In Paris, the Seine River breached its banks in places.

French President Francois Hollande is reportedly considering a state of emergency in his country, after days of heavy rain across western Europe caused major flooding that left thousands of people stranded.

In Paris, the swollen Seine River and its tributaries flooded roadways, effectively isolating neighborhoods and towns. At least one major rail line was forced to shut down operations, according to The Associated Press. The Louvre announced in a statement that it would close Friday to move artworks in vulnerable areas to upper floors of the museum, and France 24 said the Orsay Museum was closed to the public on Thursday.

"Many roads and pedestrian promenades along the Seine in Paris are now under water. The river is 13 feet above its normal level, and still rising," NPR's Eleanor Beardsley reported, noting that Paris hasn't seen this level of flooding in more than a century. She added:

The rising waters of the Seine are unbelievable! Parisians - and tourists stunned.@NPR pic.twitter.com/A6dYpfraxD

"Across the country, torrential downpours have forced schools to close and thousands of people to be evacuated from their homes.

"The town of Orleans, where Joan of Arc drove back the English in the Hundred Years War, is isolated. Its beltway and all exits into the city are underwater."

Later, Eleanor said on Cereal, our daily midday news update on Facebook, that boat traffic had stopped along the Seine, which runs through Paris.

South of Paris, the AP reports that the Loing River, a tributary of the Seine, had swollen to its highest levels since 1910, causing evacuations in the town of Nemours.

People living in parts of Belgium and Germany also were forced to flee.

In the German state of Bavaria, at least five people have died and thousands were without electricity due to the flooding, Reuters says. The news service added:

"Firemen found the bodies of three women in the basement of a flooded house in Simbach am Inn 120 km (75 miles) east of Munich, and the body of a man at another property in the town. ...

"In the nearby village of Julbach, emergency services discovered the body of a drowned woman draped over a tree trunk in a stream. Her house had apparently collapsed, police said.

" 'At least four people were missing in the district of Rottal-Inn. We're expecting the worst,' police spokesman Michael Emmer said, adding divers were searching for those missing."

The AP reports several neighborhoods were evacuated in and around the Belgian city of Antwerp and the Flanders region.

Weekend storms could drop more water on a swath of Europe from France to Ukraine, with as much as 2 inches in some places in a span of hours, the BBC reported.

An earlier version of this post referred to the Belgian cities of Antwerp and Flanders. Flanders is a region in northern Belgium.