Accessibility links
Praying Mantis Named For Ruth Bader Ginsburg Is Step Toward Equality Of The 6-Legged Sexes : The Two-Way A newly identified praying mantis species, Ilomantis ginsburgae, is named for the Supreme Court justice. The species is also — unusually — identified by traits specific to the female, not the male. 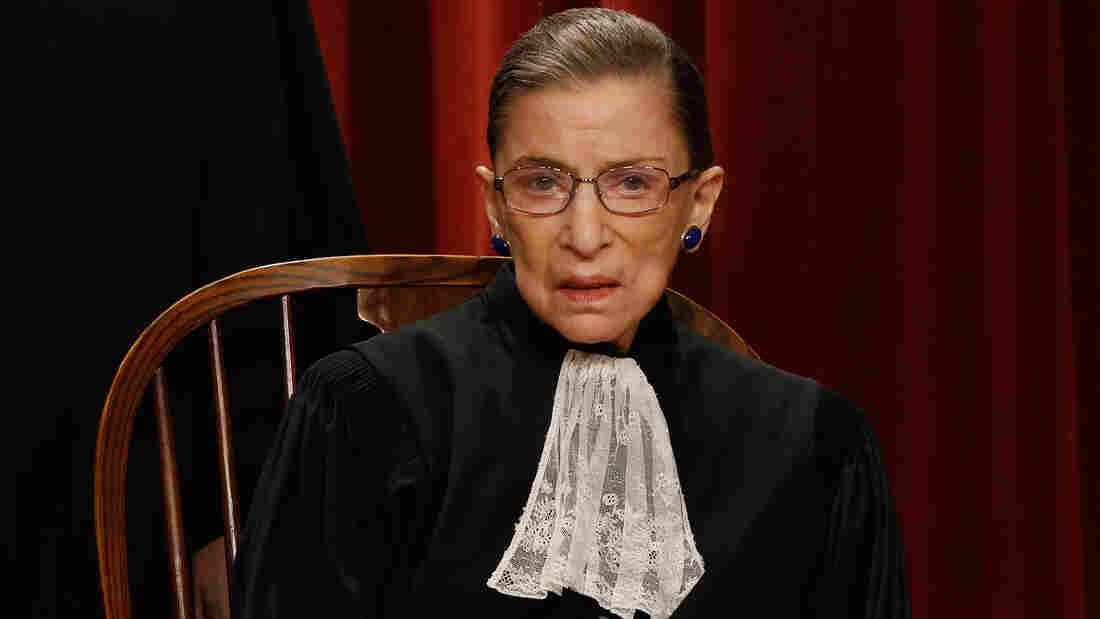 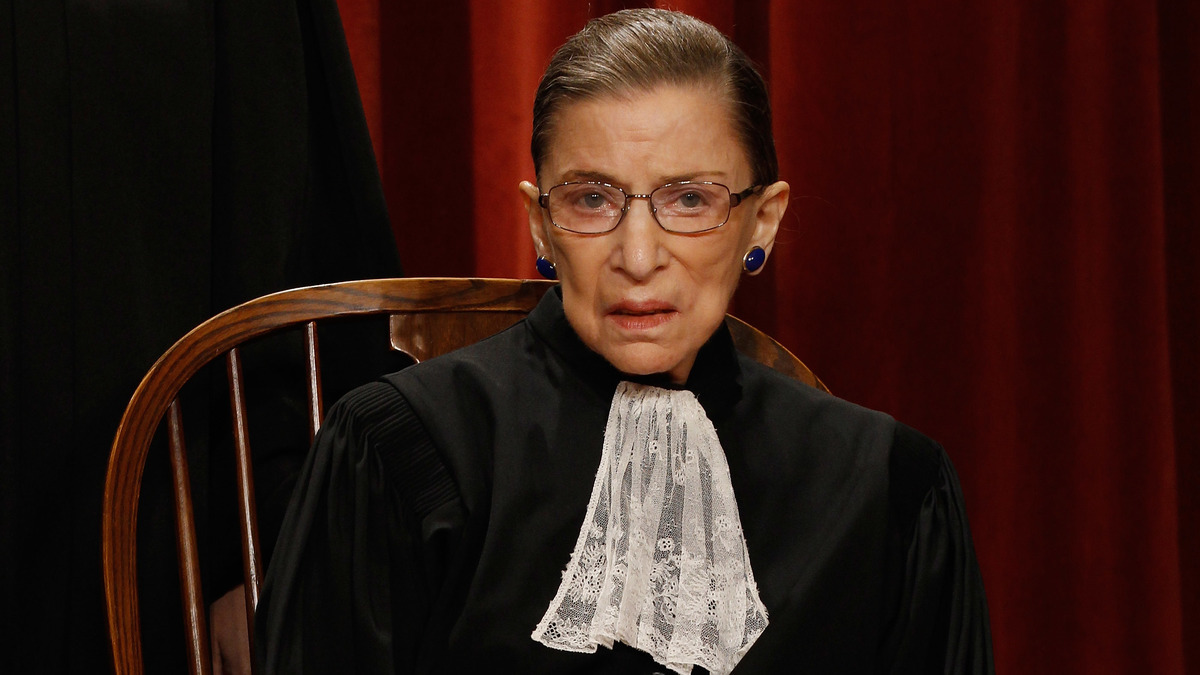 U.S. Supreme Court Justice Ruth Bader Ginsburg, shown wearing one of her trademark collars in 2010, now has an insect named in her honor.

"Women belong in all places where decisions are being made," U.S. Supreme Court Justice Ruth Bader Ginsburg once said.

Thanks to scientists from The Cleveland Museum of Natural History, it might be time for an update:

"Female insects belong in all places where species classifications are being made," perhaps? 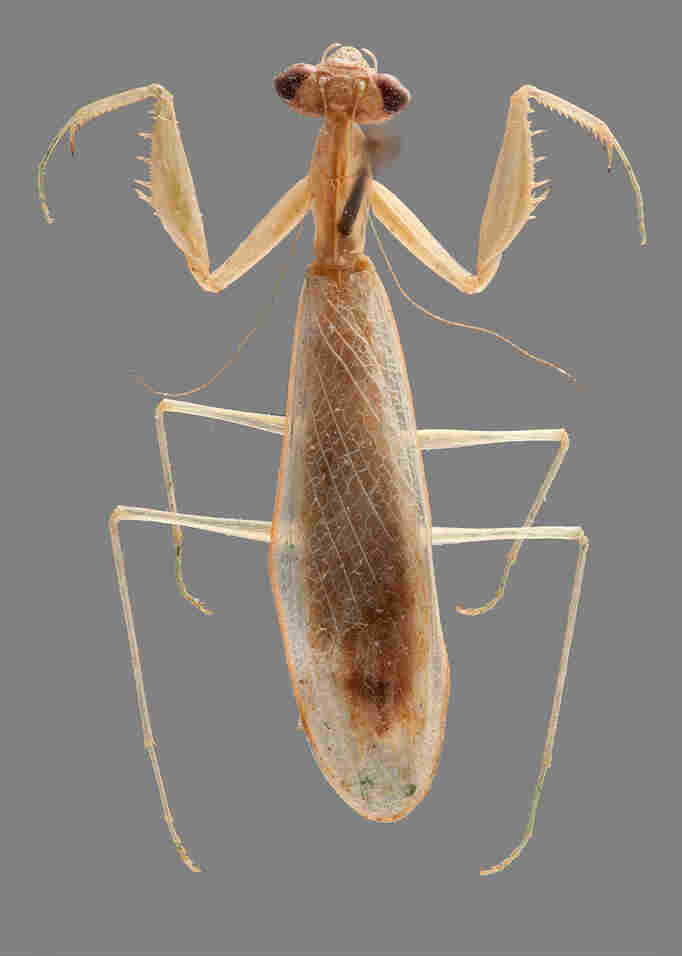 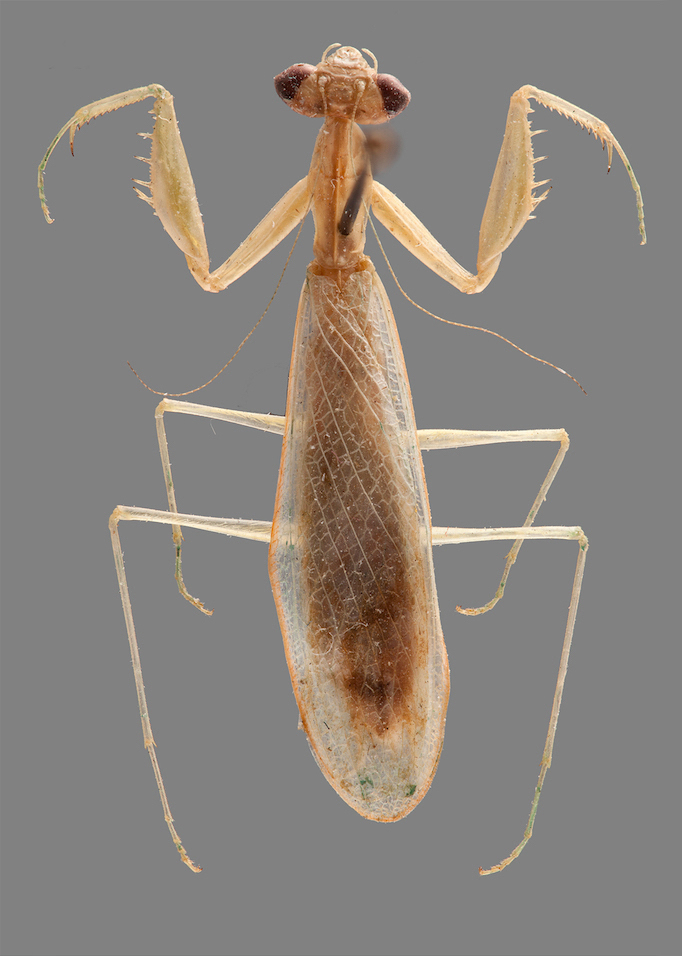 Researchers Sydney Brannoch and Gavin Svenson have identified a new species of leaf-dwelling praying mantis, dubbed Ilomantis ginsburgae. And yes, that is an insect named after The Notorious R.B.G., member of the highest court in the U.S. (who also happens to be a bona fide pop culture icon).

The nod to Ginsburg is inspired partly by the justice's trademark ruffled collars — I. ginsburgae has a neck plate that the researchers say resembles the jabot, as the collar is known.

But the name also honors Ginsburg's "relentless fight for gender equality," according to a press release from the museum. Because, as it happens, the scientists are fighting for equality of the sexes, insect-style.

The museum explains that insects are frequently classified into species based on male insects' genitalia.*

*Seriously. This is a thing.

"To the entomological neophyte, entomologists appear to have a fetish: they are unnaturally preoccupied with male genitalia in insects. ... species of insects are almost universally diagnosed on the basis of the sclerotized male genitalic appendages."

Looking at female genitalia to identify a new species had never been done in praying mantises — until now.

"As a feminist biologist, I often questioned why female specimens weren't used to diagnose most species," Brannoch, a Ph.D. candidate, said in the release.

Her research with Svenson examined 30 praying mantis specimens and demonstrated that it was possible to accurately classify them by species using the female-specific characteristics.

In fact, Svenson and Brannoch say examining female praying mantis genitalia allowed them to correct a mistake. They found that two genera that had been lumped together were actually separate, based on the female characteristics as well as other traits.

And, of course, they managed to use female genitalia to identify an entirely new species — a development Brannoch described as "novel."

The holotype specimen (a sort of archetypal example of the species) was collected in Madagascar in 1967, but not identified as its own species until Svenson and Brannoch's work.

"It is my hope that our work not only sets a precedent in taxonomy but also underscores the need for scientists to investigate and equally consider both sexes in other scientific investigations," she says.

The act of feminist entomology could also have practical repercussions for scientists in the field.

Svenson notes that having criteria for classification based on both sexes also makes identification of insects, well, much easier. After all, what if you only find one specimen — and it's female, when all your species criteria are based on male structures?

"Our work reduces this impediment by characterizing both sexes for praying mantis species," Svenson says.