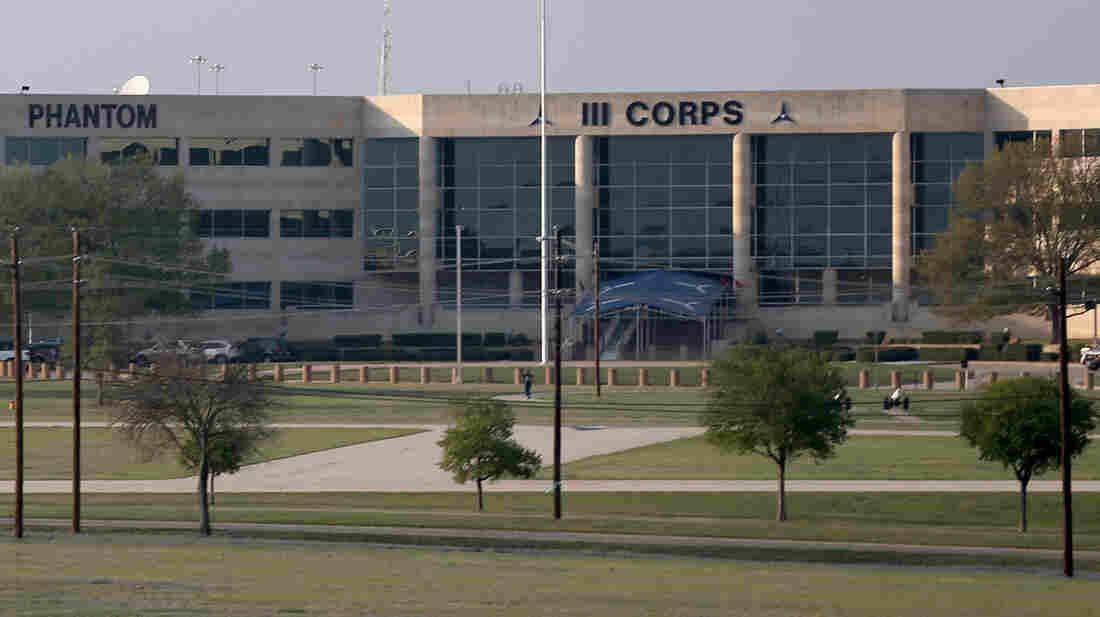 A building on Fort Hood Army Base in Fort Hood, Texas, is seen in this 2014 photo. Rescue crews were searching for four soldiers missing after a training accident on Thursday. Joe Raedle/Getty Images hide caption 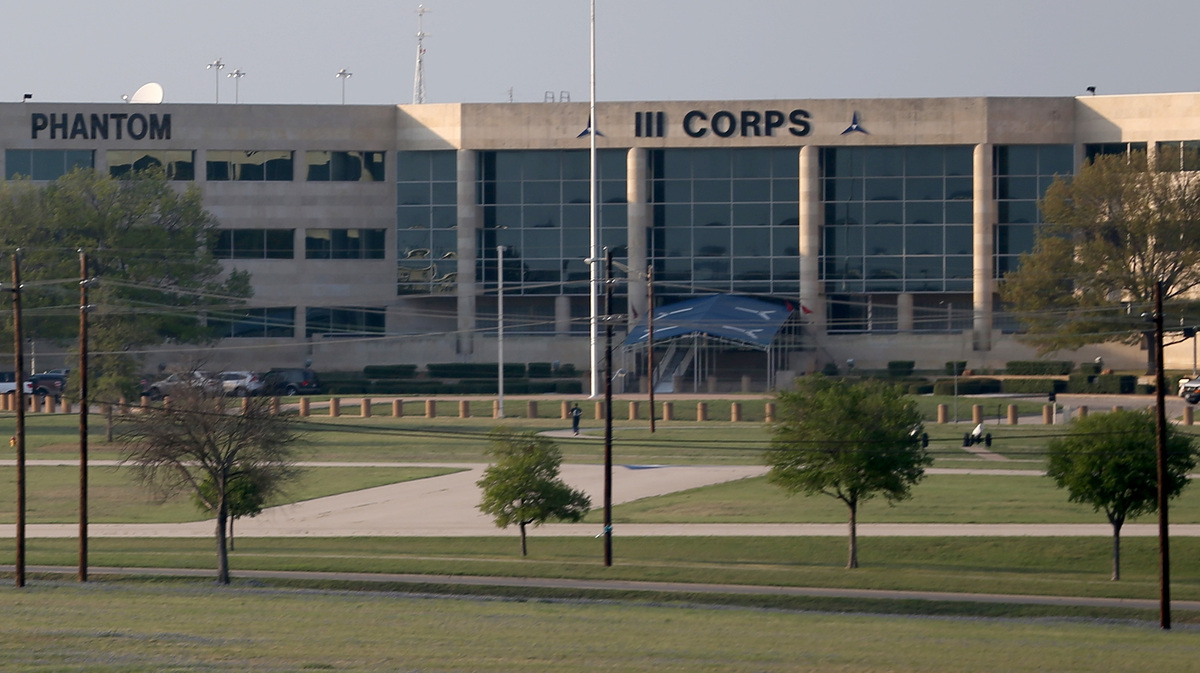 A building on Fort Hood Army Base in Fort Hood, Texas, is seen in this 2014 photo. Rescue crews were searching for four soldiers missing after a training accident on Thursday.

Nine soldiers are dead in Fort Hood, Texas, after a tactical vehicle was swept away by a flood-swollen stream late Thursday. Military officials had initially reported five soldiers died in the flooding — but a search for four missing soldiers resulted in the discovery of their bodies Friday.

That information came in an update delivered Friday afternoon; only hours earlier, Maj. Gen. John Uberti had said that while the four soldiers were still missing, finding them remained the top priority.

We've updated this post to reflect the four additional deaths.

"Heavy rains have drenched central Texas over the past couple of weeks, causing rivers and streams to swell," Nathan Bernier of member station KUT in Austin reports for our Newscast unit.

"That's what happened at Fort Hood, and when the driver of a tactical vehicle carrying a group of soldiers tried to pass a low-water crossing, the vehicle was swept away and overturned," he adds.

Three injured soldiers were rescued soon after the incident and were in stable condition, according to a statement from Fort Hood.

The soldiers' truck overturned just as commanders at Fort Hood were closing roads at the Army post, according to the AP.

The creek is 20 miles long and passes through heavily wooded terrain, The Associated Press notes. The agency also quotes a Fort Hood spokesman who says that the area where the accident occurred had not been affected by earlier floods.

"The 1st Cavalry Division is grieving after a training accident at Fort Hood during flash flooding this morning. We are deeply saddened by the loss of several Troopers and continue search operations," Maj. Gen. John C. Thomson III, 1st Cavalry Division commanding general, said in the statement Thursday.

Flooding has affected large sections of central Texas; hundreds of people in the Houston area have been evacuated, and the Brazos River and several other waterways have risen to record heights.

The AP notes that the region is already waterlogged, and more rain is anticipated:

"Across Texas, many were watching a new batch of storms that could dump up to 10 inches of rain from Thursday through Saturday and worsen flooding caused by waterways that already have risen to record levels. ...

" 'With the rain that's predicted, that's not going to help things as that water has no place to go,' said Lt. Lowell Neinast, with the police department in Richmond, where more than 700 people have been evacuated. ...

"This week's storms are the latest in a string of torrential rains since May 2015 that have put swaths of the state underwater. Some areas now overwhelmed by water had run dry two years ago due to drought conditions."

Gov. Greg Abbott has declared a state of emergency in 31 counties.

More than half of Texas is under flood watches or warnings.