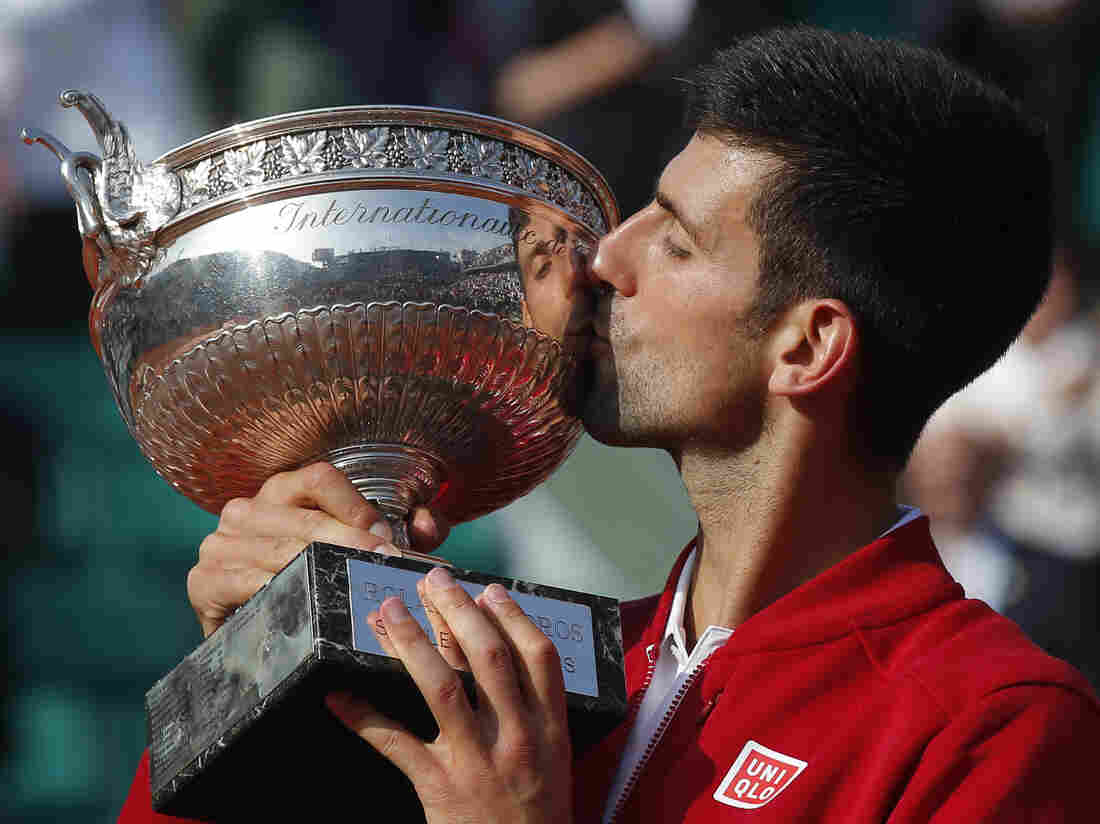 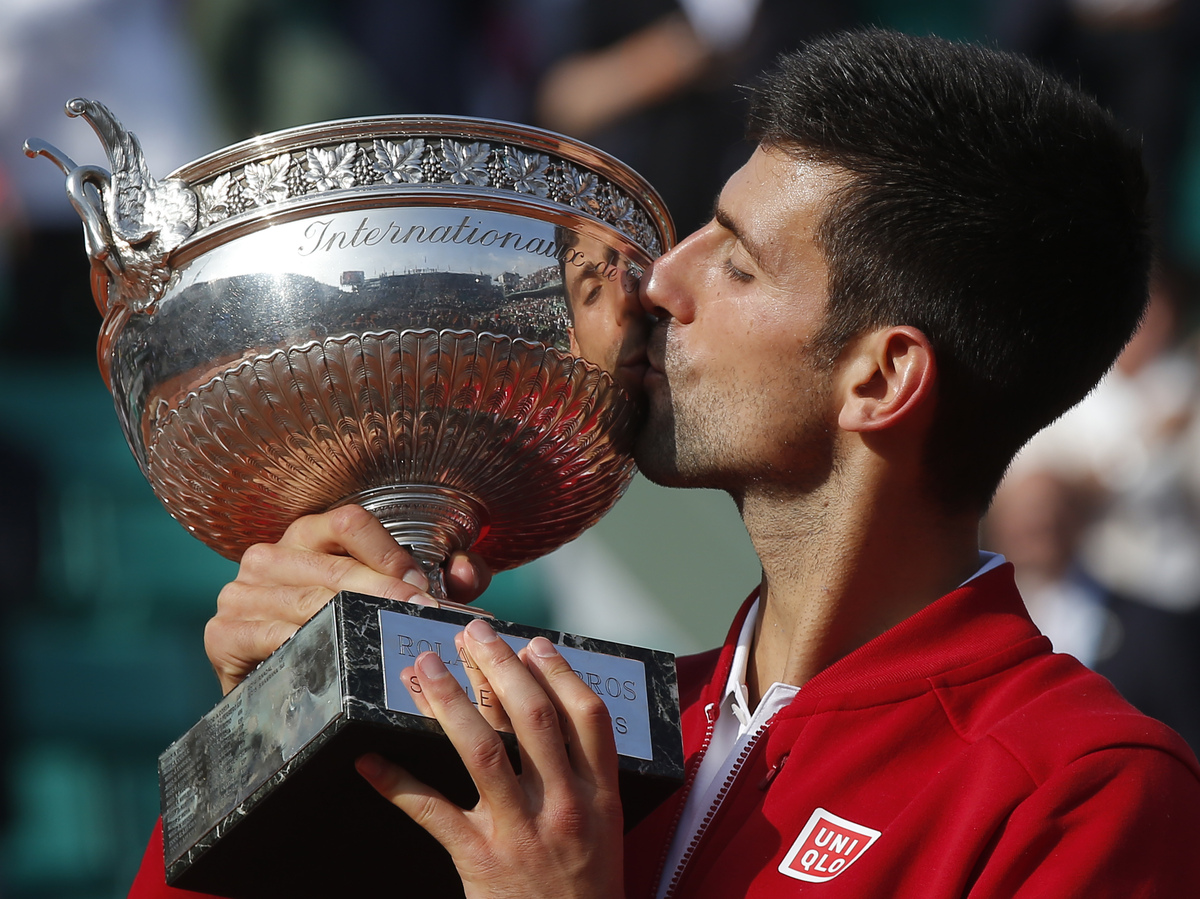 Serbia's Novak Djokovic kisses the trophy after winning the final of the French Open tennis tournament against Britain's Andy Murray in four sets 3-6, 6-1, 6-2, 6-4, at the Roland Garros stadium in Paris, Sunday.

Novak Djokovic, the world's top-ranked men's tennis player, outlasted Andy Murray in the French Open final Sunday in Paris. In the process he caps a career Grand Slam and becomes the first man in two generations to hold all four major championships simultaneously.

The eventual champion got off to a slow start, dropping the opening set to Murray 3-6. But behind the strength of his forehand, the No. 1 seeded Djokovic roared back, winning the next three sets 6-1, 6-2, 6-4 en route to his first French Open title.

This major had been elusive for Djokovic. According to the Associated Press, this was his 12th appearance at Roland Garros and the fourth time he advanced to the final.

"When his victory was over, Djokovic took a racket to etch a heart in the red clay that had given him such heartache in the past and dropped down on his back.

Since losing the 2015 final in Paris, Djokovic has won 28 Grand Slam matches in a row, from Wimbledon and the U.S. Open last year, to the Australian Open in January, and now, at long last, the French Open."

The last male player to have all four majors in their grasp at the same time was Rod Laver, who accomplished the feat in 1969.

With a French Open now in his pocket, Djokovic can now focus his attention on claiming one of the sports' most elusive prizes – winning all four majors in a single calendar year.

According to USA TODAY:

"While Djokovic made more history on Sunday, he put himself halfway to the calendar Grand Slam, not done in men's tennis since Laver in 1969. American Jim Courier was the last men's player to get halfway to the Slam, having won the Australian and French Opens back-to-back in 1992."