Accessibility links
U.S. Navy Bans Alcohol For All Sailors In Japan, Citing Recent Incidents : The Two-Way The ban, which covers drinking both on- and off-base, will remain in place until sailors "understand the impact of responsible behavior," the Navy says. 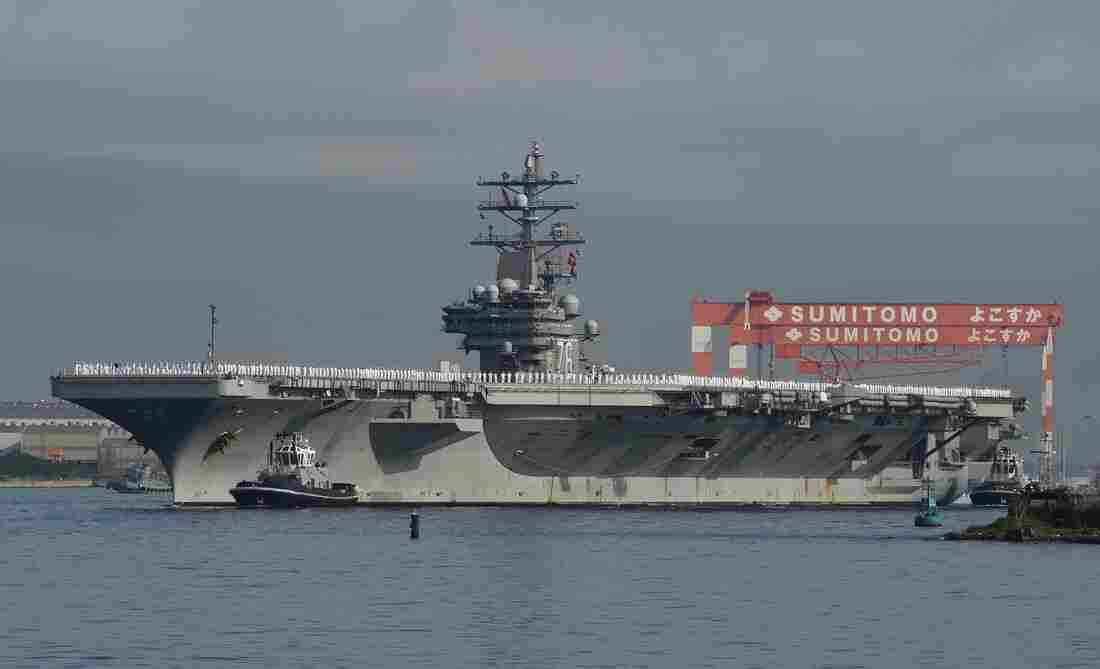 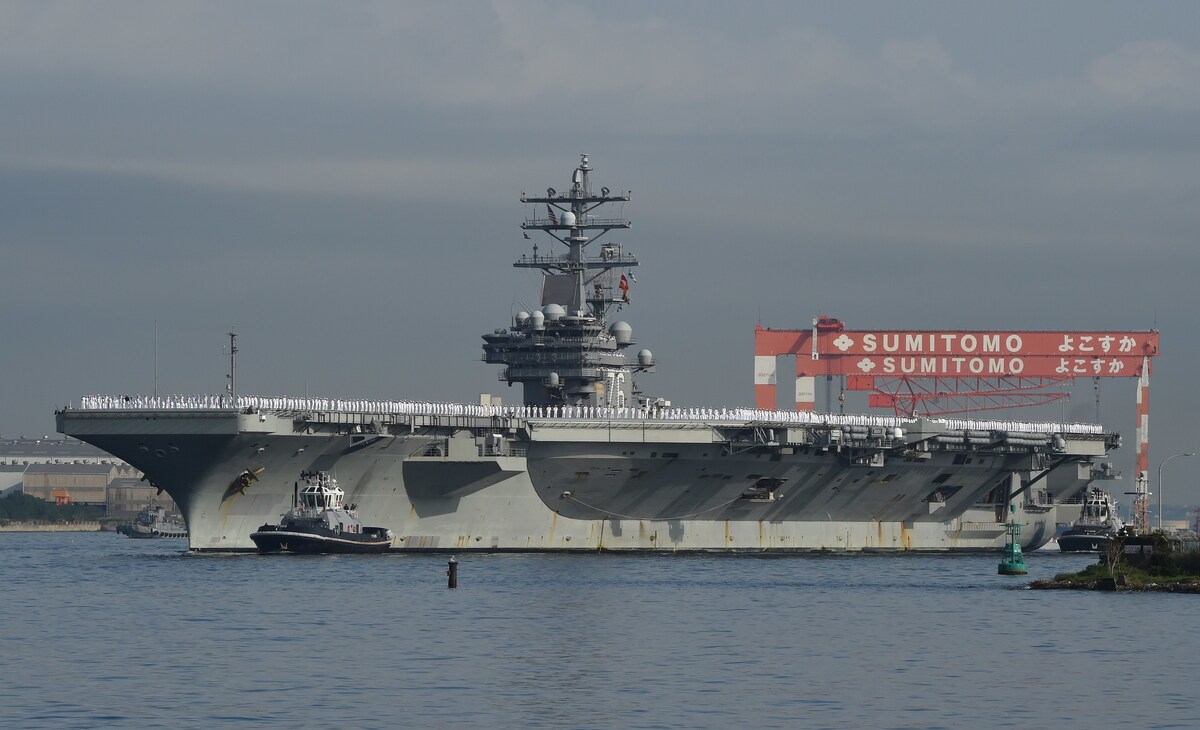 Aircraft carrier USS Ronald Reagan arrives at the U.S. Navy base in Yokosuka, Japan, on Oct. 1, 2015.

U.S. sailors deployed to Japan are now under a temporary ban on alcohol and off-base liberty, with top commanders citing a string of "alcohol-related incidents detrimental to the U.S.-Japan Alliance."

The ban, which covers drinking both on- and off-base, will remain in place until commanders believe "all personnel understand the impact of responsible behavior," according to an announcement by the commanders of the U.S. Navy's 7th Fleet and the Navy's forces in Japan.

With all off-base liberty canceled, sailors will only be allowed to enter civilian areas for either official business or essential reasons, such as child care, gas and groceries. Liberty privileges will be reinstated only after "face-to-face training has been conducted by unit commanding officers, executive officers and command master chiefs with all personnel," the Navy says.

The ban is the latest shift in the U.S. Navy's centuries-long relationship with alcohol. More than 100 years ago, the Navy declared a ban on booze aboard all its ships, ushering in a dry era that contrasted with the service's early days of doling out a half-pint of liquor to sailors daily, as the U.S. Naval Institute has noted.

It's also a new phase in the discussions over the large U.S. military presence in Japan, particularly in Okinawa, which has long been a controversial subject. That's due in no small part because over the years, American personnel have committed high-profile crimes — such as the infamous kidnapping and rape of a 12-year-old girl by three U.S. service members in 1995.

The new crackdown comes after two incidents that bookended President Obama's recent trip to Japan: In May, a former U.S. Marine who worked on a U.S. base in Okinawa was arrested in connection with the rape and murder of a Japanese woman, and over the weekend, Petty Officer Aimee Mejia, 21, was arrested on suspicion of drunken driving after an accident that left two people injured.

"These measures are not taken lightly," Rear Adm. Matthew Carter, the commander of U.S. Naval Forces Japan, says in the Navy announcement. "For decades, we have enjoyed a strong relationship with the people of Japan. It is imperative that each Sailor understand how our actions affect that relationship, and the U.S.-Japan Alliance as a whole."

Discussing the new restrictions, Vice Adm. Joseph Aucoin, commander of the 7th Fleet, says, "The overwhelming majority of our Sailors are doing an outstanding job every single day. But that same majority — at every paygrade — is also responsible for providing leadership on all levels. We will not condone misconduct that impacts our ability to conduct our mission or which jeopardizes our critical alliance with Japan."

A previous version of this post referred to the infamous kidnapping, rape and murder of a 12-year-old girl by three U.S. service members in 1995. The girl was not murdered.