Accessibility links
Bomb In Istanbul Targets Police Vehicle, Kills 11 People : The Two-Way A blast during the morning rush hour killed at least seven police officers and four civilians, and injured at least 36 others. 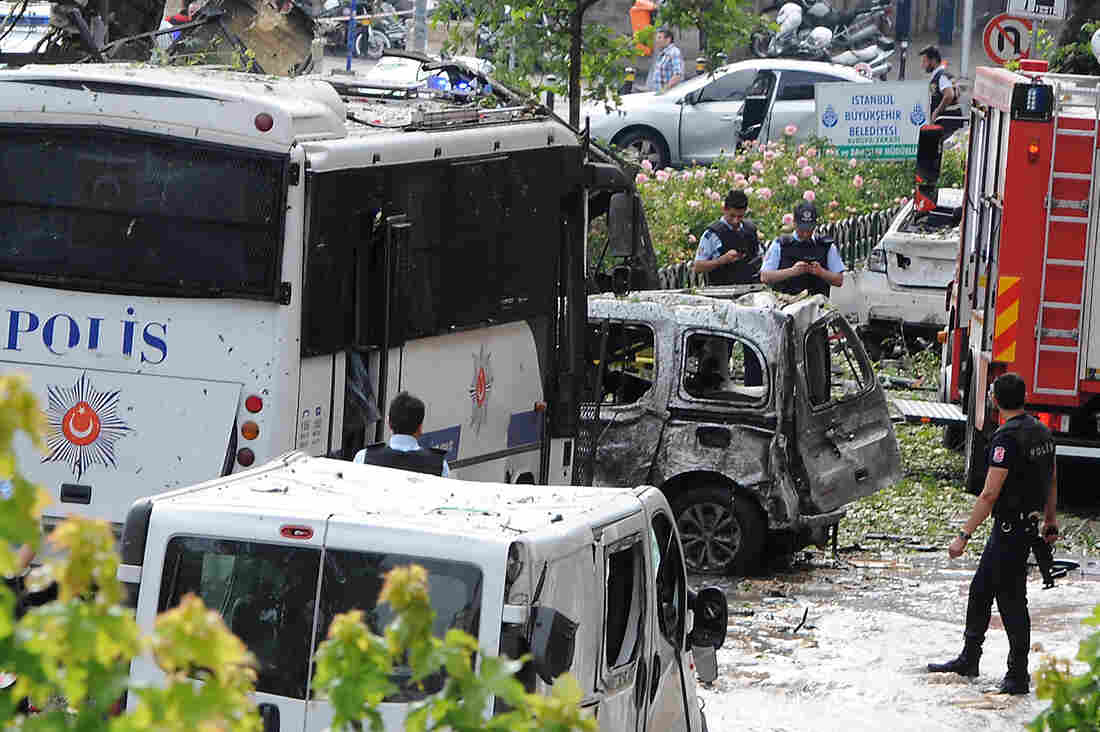 Police officers and rescuers inspect the site of a bomb attack that targeted a police bus in the Vezneciler district of Istanbul on Tuesday. Stringer/AFP/Getty Images hide caption 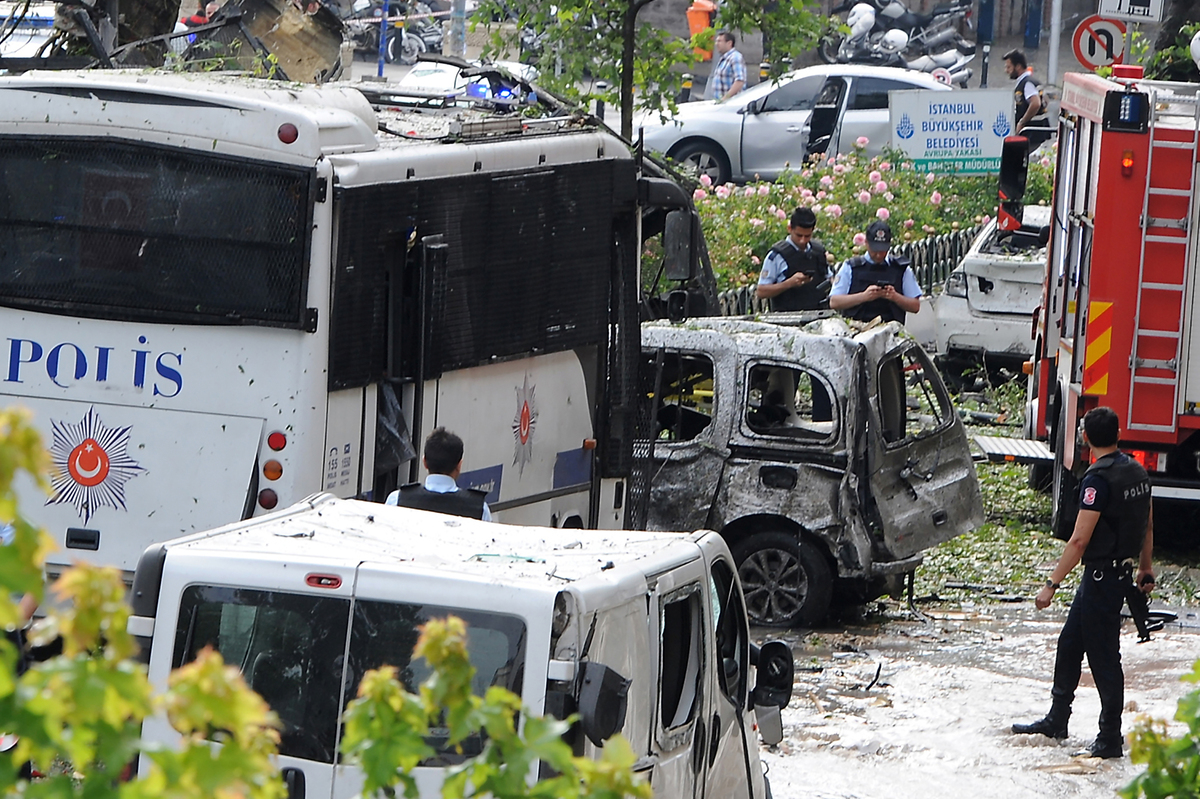 Police officers and rescuers inspect the site of a bomb attack that targeted a police bus in the Vezneciler district of Istanbul on Tuesday.

A car bomb in central Istanbul has killed at least 11 people and injured dozens more.

The explosion struck during the morning rush hour and targeted a police bus, The Associated Press reports.

"The police bus was flipped over by the force of the blast, which also damaged nearby buildings, including a closed hotel whose entrance appeared gutted and windows were blown out," the wire service writes. "The blast also shattered windows at a famous 16th-century Ottoman mosque, Sehzadebasi, wrecked several cars and forced the cancellation of some exams at nearby Istanbul University."

She says the explosives were detonated remotely, according to Turkish officials.

"This is the third bomb attack in Istanbul this year," Dalia reports. "Such attacks were once a rarity in the city, but as Turkey continues its offensive against the PKK [the Kurdistan Worker's Party] and with the ongoing conflict in Syria to Turkey's south, violence has spilled into Turkey's major cities."

A "fragile peace process" between the PKK and the Turkish government dissolved in July, the AP notes. Turkey and the U.S. call the PKK a terrorist group; Turkish leaders have held Kurdish militants responsible for deadly bomb attacks in Turkey's capital, Ankara.

Meanwhile, the Islamic State has also been linked to deadly blasts in Turkey, including attacks in Istanbul this year.

Turkey is battling ISIS in Syria, along with a U.S.-led coalition. Kurdish fighters are also confronting the Islamic State in the region. One key Kurdish force, the YPG, is identified as a terrorist group by Turkey, but an ally by the U.S., causing some diplomatic tensions.

The bombing struck on the second day of the holy month of Ramadan.