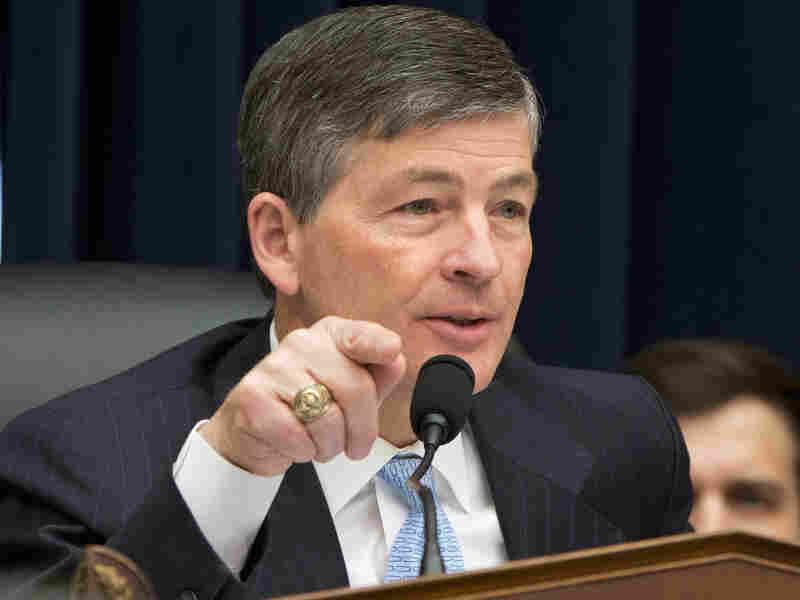 House Financial Services Committee Chairman Jeb Hensarling, shown here at a hearing in March, claims many of the provisions in Dodd-Frank have hurt the economy. Jacquelyn Martin/wld hide caption 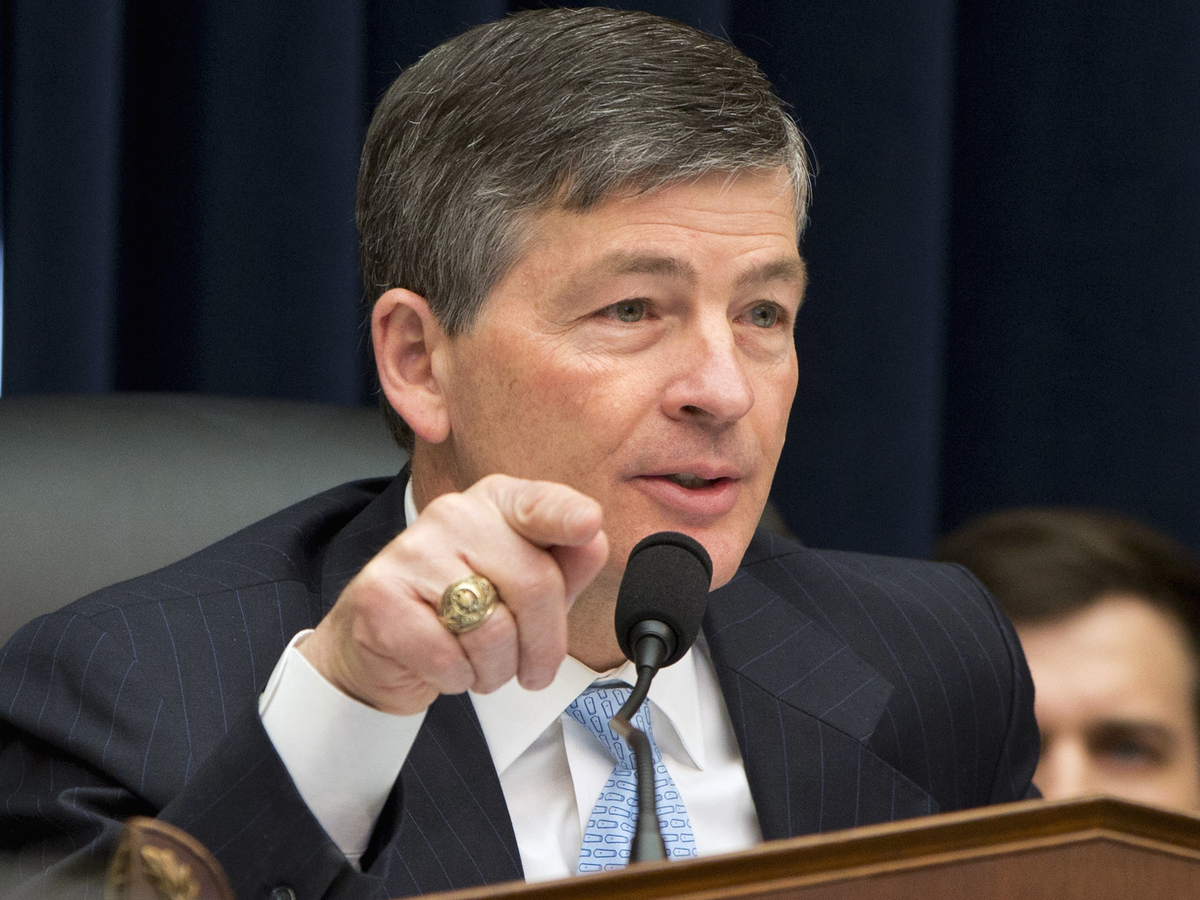 House Financial Services Committee Chairman Jeb Hensarling, shown here at a hearing in March, claims many of the provisions in Dodd-Frank have hurt the economy.

The influential head of the House Financial Services Committee wants to do away with most of the Wall Street regulations passed by Congress in the wake of the 2008 financial crisis.

Rep. Jeb Hensarling, R-Texas, would allow banks that keep more capital on their books than they currently do to be exempt from most of the new rules. The change would include the Democrats' signature legislation, the Dodd-Frank Act.

"Simply put, Dodd-Frank has failed. It's time for a new legislative paradigm in banking and capital markets. It's time to offer all Americans opportunities to raise their standards of living and achieve financial independence," Hensarling said in prepared remarks to the Economic Club of New York.

The proposals are something of a long shot, as long as Democrats control the White House. Even if Donald Trump is elected president in November, Democrats in the Senate are likely to filibuster any attempt to repeal Dodd-Frank.

Still, by proposing the new rules and meeting with Trump in New York to discuss them, Hensarling is planting a flag on the regulatory battlefield in a way that could intensify the bitter political debates already raging this year.

Trump has repeatedly called for doing away with Dodd-Frank, but hasn't said what he would replace it with. Democrat Bernie Sanders has complained that Dodd-Frank didn't go far enough and has often advocated breaking up the biggest banks, while Hillary Clinton wants to retain the legislation but expand some of its powers.

In his remarks, Hensarling made clear he sees Dodd-Frank largely as a disaster, claiming it has reduced liquidity in the bond market, stifled entrepreneurship and hurt overall economic growth.

"Instead of lifting our economy as Dodd-Frank's supporters claimed it would, it has made us less prosperous," he said.

The legislation proposed by Hensarling, which will be introduced in the House later this month, takes aim at some of the most important parts of Dodd-Frank.

They include the Financial Stability Oversight Council, a team of regulators empowered to designate banks as "too big to fail" and then assert control over them when they are in trouble.

Hensarling notes that "this 'super-group' of regulators can exert ultimate functional control over almost any large financial firm in our economy, and do so with utter disregard for due process. This is not the rule of law; it is the rule of rulers, and it's an anathema to a free and democratic society."

He would significantly reduce the role of the Consumer Financial Protection Bureau, the new federal agency empowered to protect consumers from financial-sector abuses. He would also do away with the Volcker rule, which bars banks from using taxpayer-insured deposits to invest in the markets.

And he would allow big financial firms to escape many of the new federal and global bank regulations, if they agree to improve their leverage ratio, i.e., the amount of capital they hold in relation to their total assets, to 10 percent.

"The Republican plan does not 'force' any bank to raise a dime of new capital. Rather, it allows banks to opt into a regime that replaces Dodd-Frank's suffocating regulatory complexity and control with market discipline," he said.

Dennis Kelleher, president and CEO of Better Markets, a group that advocates for financial market reform, criticized the proposal:

"That means that, after losses of just 10 cents on the dollar, taxpayers will have to bail out Wall Street again. In 2008, the capital shortfall was at least double 10%, and the only reason that the losses weren't greater was because taxpayers bailed out Wall Street's biggest banks to end the panic."

"It's clear that Congressman Hensarling and his fellow Republicans think the poor Wall Street banks have suffered too much under the new rules, and it's time for them to return to the good old days before the 2008 crisis when these banks could run wild."

"...these are reforms that essentially guarantee that taxpayers will not be on the hook for bailing out big banks if their risky bets go south. But if you tear it down, like House Republicans say that they want to do, that will allow big banks to go back making risky bets and put taxpayers on the hook once again for bailing out those banks to prevent a second Great Depression."

Democratic Senator Sherrod Brown of Ohio said the proposals display "the collective amnesia of many in Congress and on Wall Street about how devastating the financial crisis was for an entire generation of working and middle-class Americans."