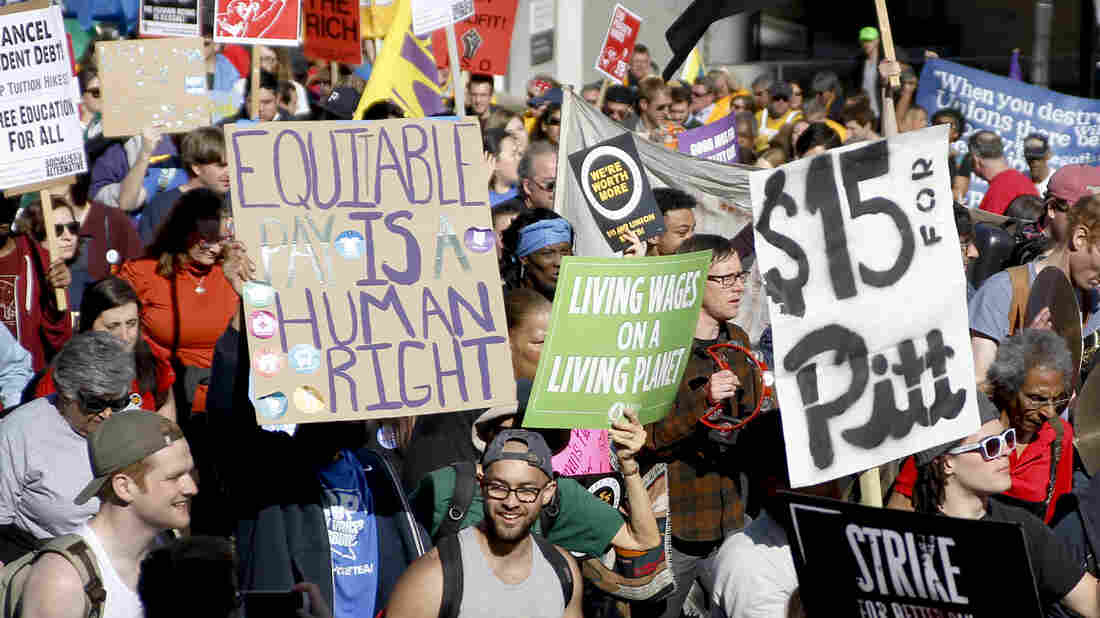 Union organizers, students and supporters for a $15 an hour wage march in Pittsburgh in April. Washington, D.C., is the latest city to move toward the wage increase. Keith Srakocic/AP hide caption 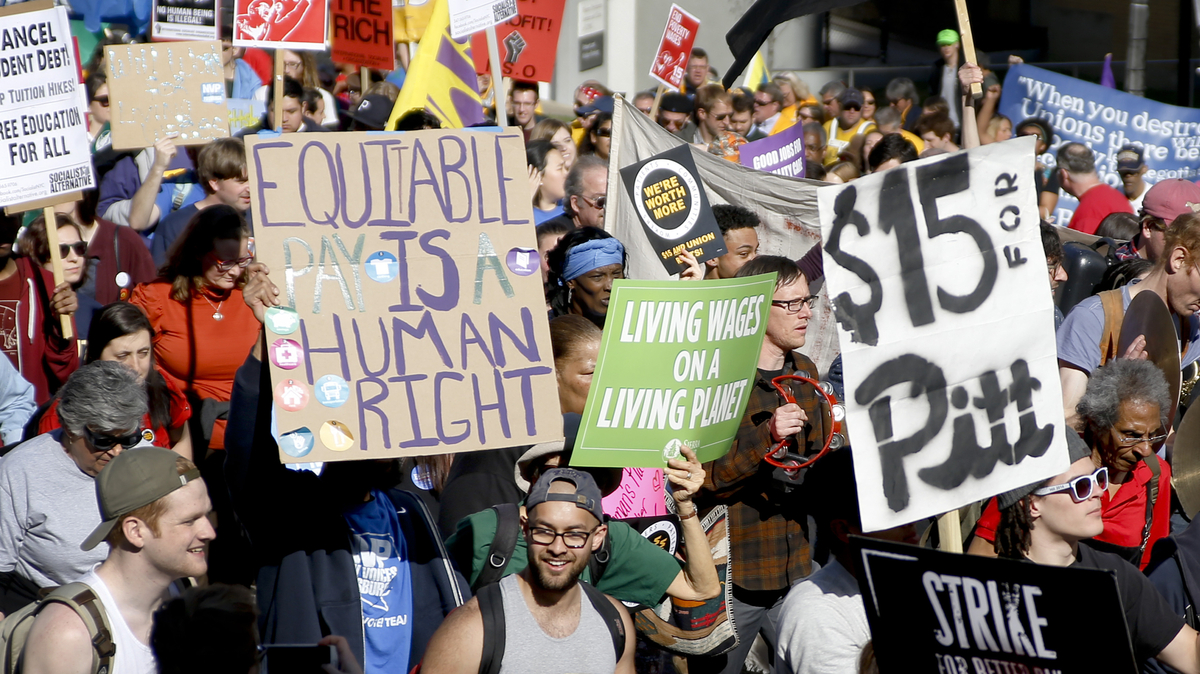 Union organizers, students and supporters for a $15 an hour wage march in Pittsburgh in April. Washington, D.C., is the latest city to move toward the wage increase.

Washington, D.C., will be the next major city to implement a $15 minimum wage rate following a unanimous vote Tuesday by its city council.

In a victory for local and national labor unions, Washington joins the ranks of cities such as San Francisco, Los Angeles and Seattle in raising wages for primarily lower-income workers in restaurants, retail and other service industries.

But local advocates for a higher minimum wage were invigorated by the national "Fight for $15" movement. They had been gearing up to collect signatures for a November ballot initiative, but that effort will be dropped.

How Should You Look At The Jobs Report? Try These Different Angles

The higher wage would go into effect gradually, reaching $15 by 2020. Future hikes would be tied to inflation.

Critics of the increase warned that the move will ultimately harm lower-wage workers by stifling job growth. And House Speaker Paul Ryan said, "I think it will do more harm than good, because what it does is it prices entry-level jobs away from people."

As NPR member station WAMU reports, the District's pending minimum wage hike won't include tipped restaurant workers. They currently earn $2.77 an hour, which will rise to $5 in 2020. One advocacy group for restaurant workers is still demanding the $15 hourly hike.