Accessibility links
Tennis Star Maria Sharapova Suspended For 2 Years For Doping : The Two-Way An independent tribunal has ruled that Sharapova is ineligible after testing positive for meldonium. She said she didn't know at the time that the substance had been banned starting early this year. 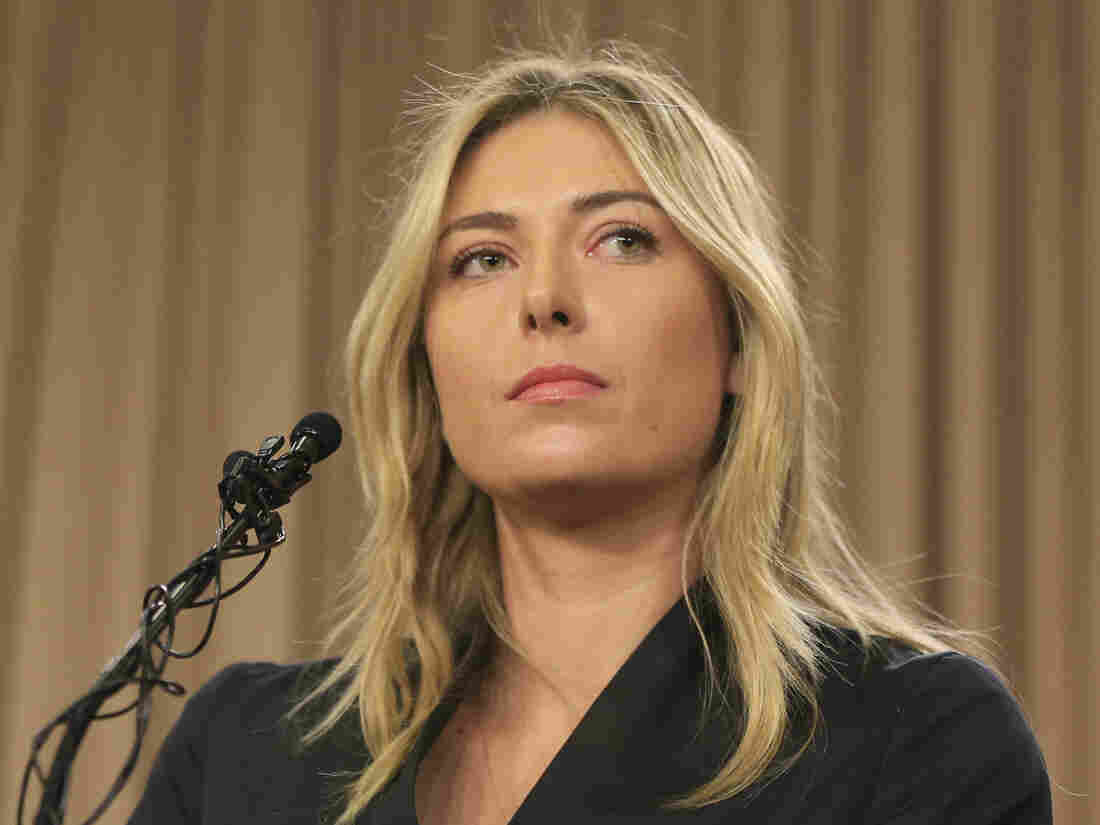 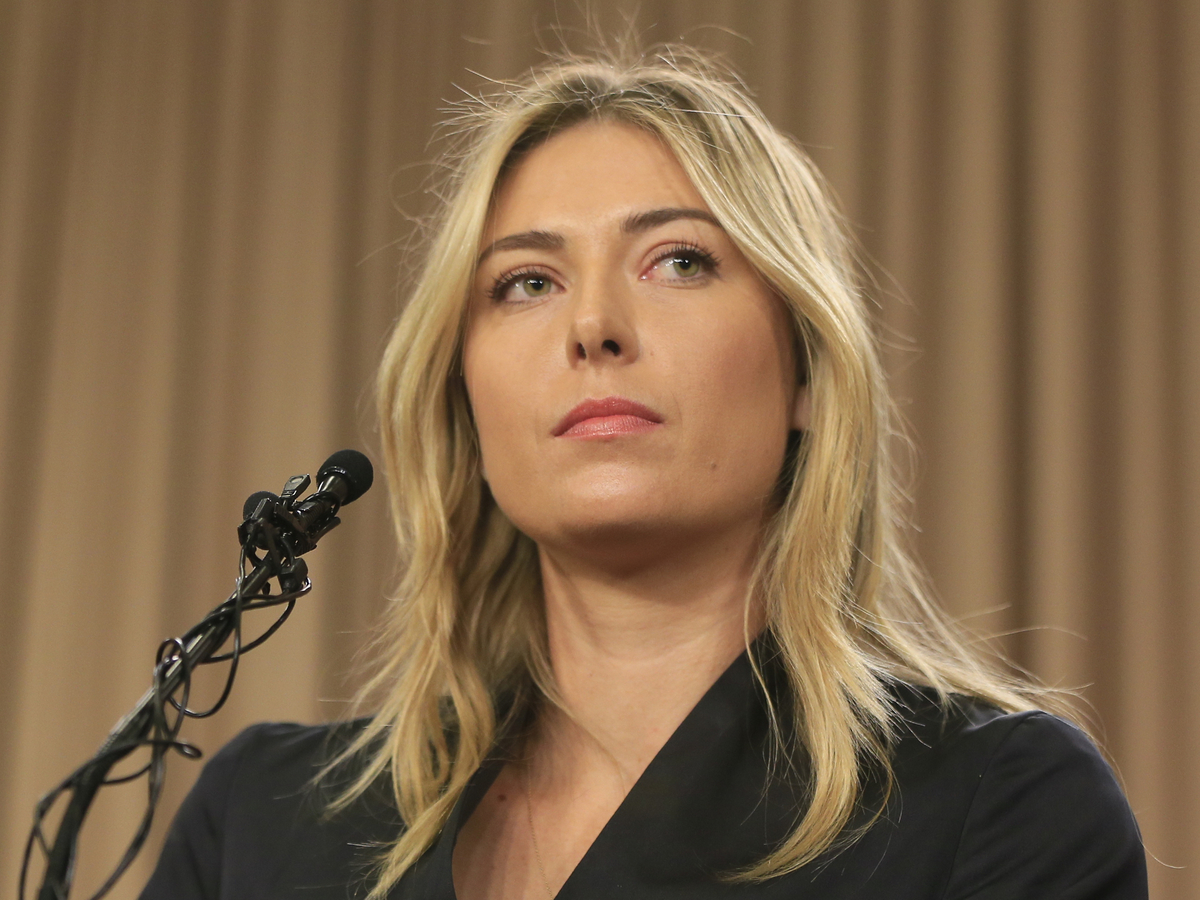 Tennis star Maria Sharapova speaks about her failed drug test at the Australian Open during a news conference in Los Angeles in March 2016.

An independent tribunal has suspended Russian tennis star Maria Sharapova from play for a period of two years after she failed a drug test, the International Tennis Federation says.

The five-time Grand Slam champion says she plans to appeal the decision. Sharapova admitted in March that she tested positive for meldonium, a substance banned beginning early this year, during a drug test at the Australian Open, as we reported.

The tribunal ruled that Sharapova's two-year period of ineligibility should be backdated to Jan. 26, 2016 — the day she submitted the sample — due to her "prompt admission of her violation."

It also disqualified her results from the Australian Open. That means she will forfeit "the ranking points and prize money that she won at the event," according to the tribunal statement.

Sharapova, 29, has maintained that she had been taking meldonium for 10 years due to several health issues and that she was not aware of the ban.

Here's what she said in March when she announced having failed the drug test:

"I did fail the test, and I take full responsibility for it. ... It's very important for you to understand that for 10 years, this medicine was not on WADA [World Anti-Doping Agency]'s banned list and I had been legally taking the medicine for the past 10 years. But on Jan. 1, the rules had changed and meldonium became a prohibited substance, which I did not know. ... I was given this medicine by my doctor for several health issues I was having in 2006."

The tribunal found that Sharapova's violation "was not intentional" because she "did not appreciate that Mildronate contained a substance prohibited from 1 January 2016." Meldonium is the active ingredient in Mildronate. However, the decision read:

"[S]he does bear sole responsibility for the contravention, and very significant fault, in failing to take any steps to check whether the continued use of this medicine was permissible. If she had not had not concealed her use of Mildronate from the anti-doping authorities, members of her own support team and the doctors whom she consulted, but had sought advice, then the contravention would have been avoided."

It concluded: "She is the sole author of her own misfortune."

"While the tribunal concluded correctly that I did not intentionally violate the anti-doping rules, I cannot accept an unfairly harsh two-year suspension. The tribunal, whose members were selected by the ITF, agreed that I did not do anything intentionally wrong, yet they seek to keep me from playing tennis for two years. I will immediately appeal the suspension portion of this ruling to CAS, the Court of Arbitration for Sport."