Accessibility links
Fossils Suggest That Island Life Shrank Our 'Hobbit' Relatives : The Two-Way Scientists say tiny bones dating back 700,000 years on the Indonesian island of Flores shine new light on how these mysterious, 3-foot-tall creatures got that way. 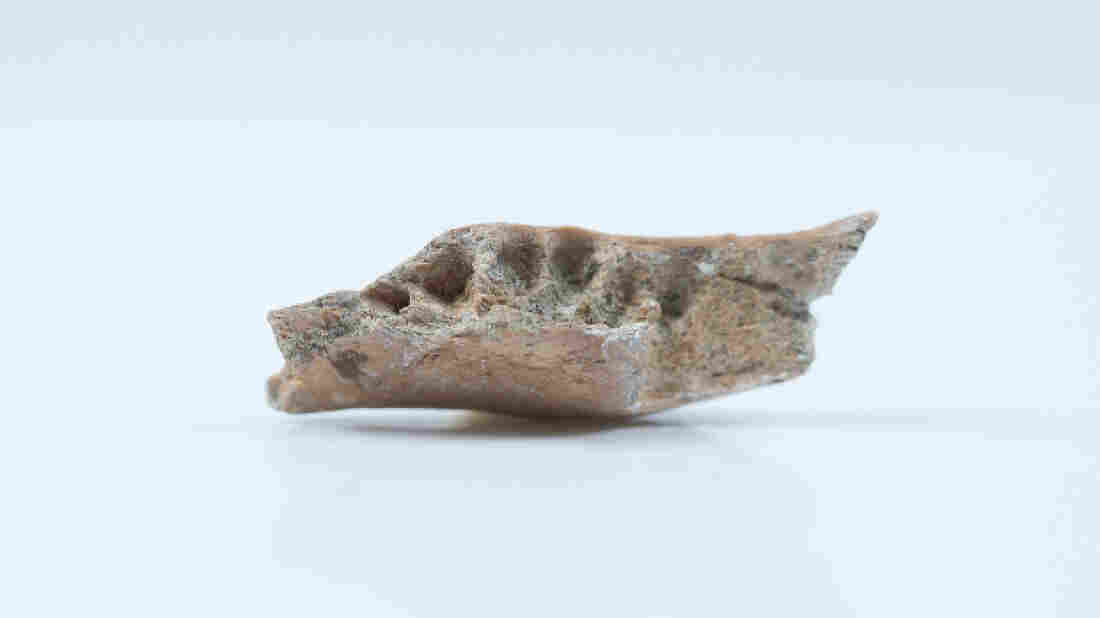 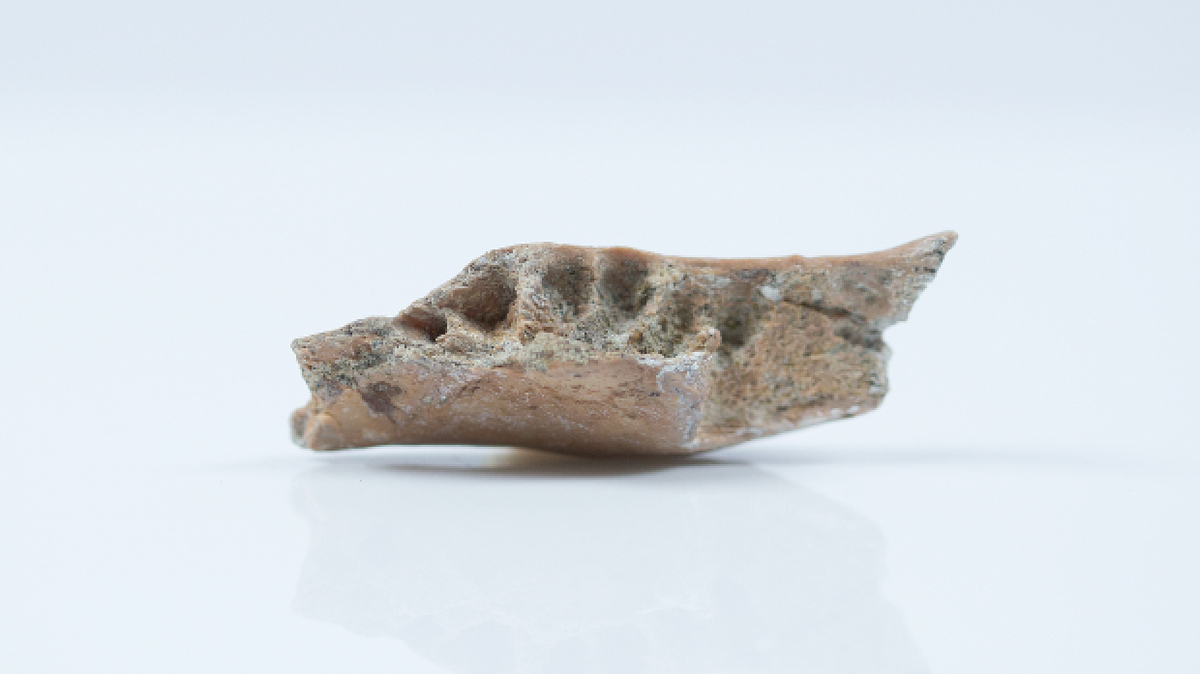 Among the hominin fossils found at the Mata Menge site on the Indonesian island of Flores was part of a lower jaw.

It's easy to think that evolution led inevitably to modern humans, the cleverest of apes. But there were some strange excursions along the way. Take, for example, the Hobbits.

That's the nickname for a 3-foot-tall human relative that once lived in what is now Indonesia. A new discovery suggests that it was island life that created this dainty creature. 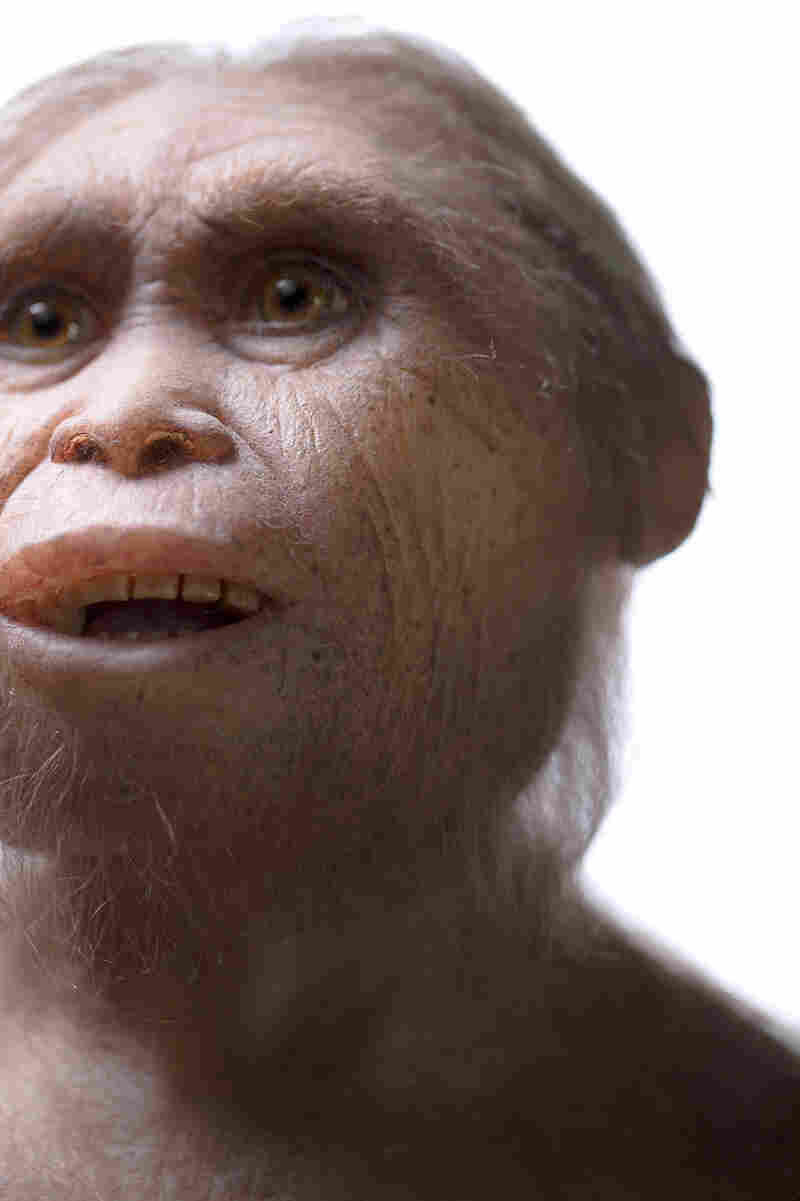 Anthropologists first found the bones of the Hobbits in 2004 on the Indonesian island of Flores. Their scientific name is Homo floresiensis.

They were chimp-size, with tiny brains and long arms, but they had stone tools and teeth much like ours. They lived about 60,000 years ago. Who were they? One idea had it that larger human ancestors from Africa — likely Homo erectus — ended up on this island. Then they shrank, because on islands, animals sometimes evolve to become smaller. But up to that point, there was no evidence that this "island dwarfism" applied to human ancestors, and people had a hard time accepting it.

"For some reason," says Aida Gomez-Robles, an anthropologist at George Washington University, "when we saw that the same thing can happen to us, to humans, this is when people started to think, 'Oh, my God, this is not possible.' " In fact, some scientists believed Hobbits were just modern humans with some abnormality, like microcephaly, that changed their head shape and made them smaller.

Scientists have now found more tiny, Hobbit-like bones on Flores. Some teeth and part of a lower jaw. Shockingly, the bones date back 700,000 years — way older than the first Hobbits and predating modern humans by hundreds of thousands of years.

"Human diversity could have been far greater than we have ever realized," he says. Writing in the journal Nature, van den Bergh suggests that ancient human ancestors, probably Homo erectus, traveled from Africa to Asia. They reached this island, perhaps carried by a tsunami. He notes that the tsunami in Indonesia in 2004 did something like that.

"A week after that event," he says, "several people were picked up out from the sea, some floating 60 kilometers from the coast, and they were just clinging to a tree."

Once the Hobbits got to Flores, van den Bergh surmises, island dwarfism set in — they slowly got smaller. Scientists found fossil elephants on the island that also did that over time. 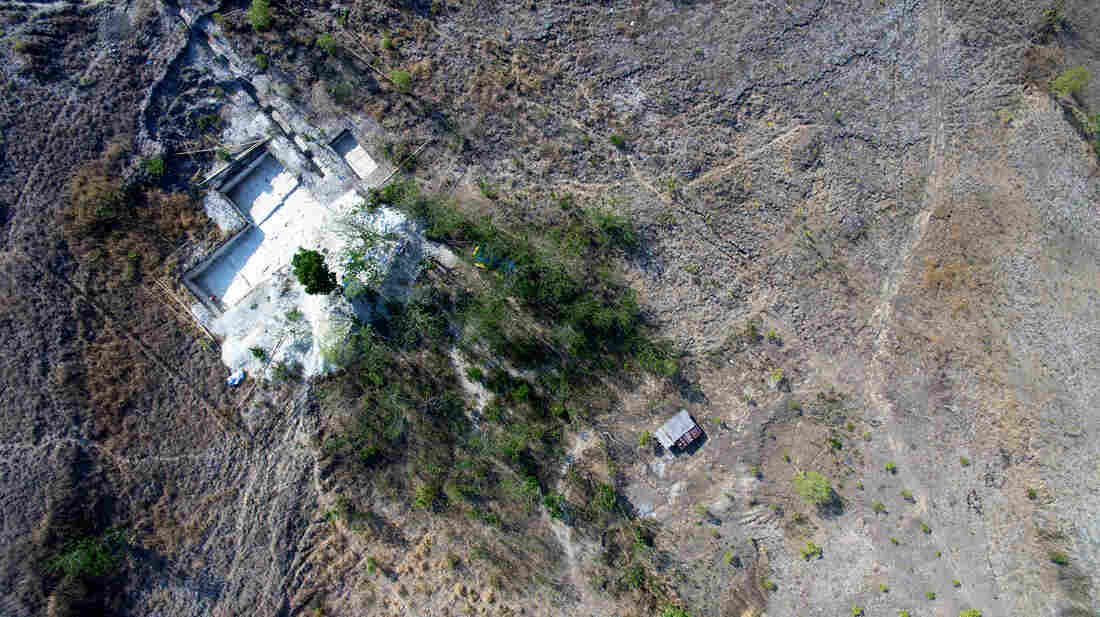 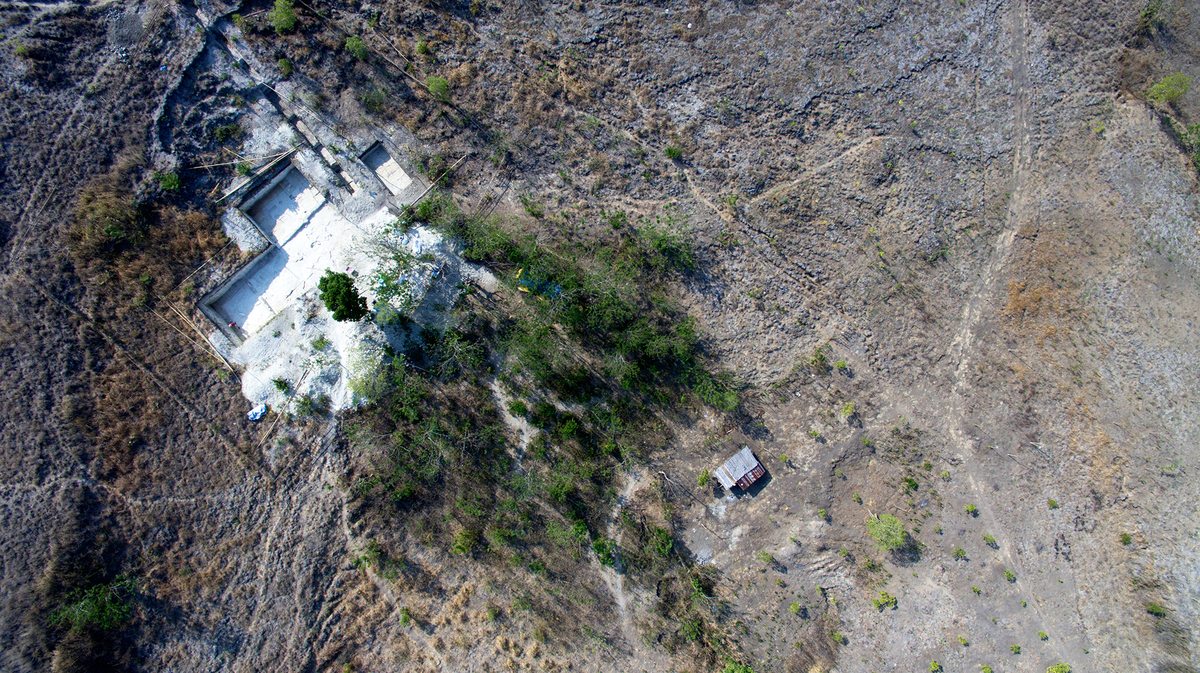 This aerial image taken in October 2015 shows the Mata Menge site on Flores where bones dating back 700,000 years were found.

Despite their small brains, the Hobbits were smart enough to make stone tools. But Adam Brumm from Griffith University in Australia says they didn't seem to get any smarter.

"This technology, whatever it was used for, essentially stayed the same for hundreds and hundreds of thousands of years on this island," he says, "which is intriguing to say the least."

Clearly, their kind lived long, but ultimately did not prosper.

A previous version of this story misspelled Wollongong as Woolongong.