Accessibility links
Drone Taxis? Nevada To Allow Testing Of Passenger Drone : The Two-Way A Chinese company called EHang and the state of Nevada are partnering to test the EHang 184, which can carry a single passenger. 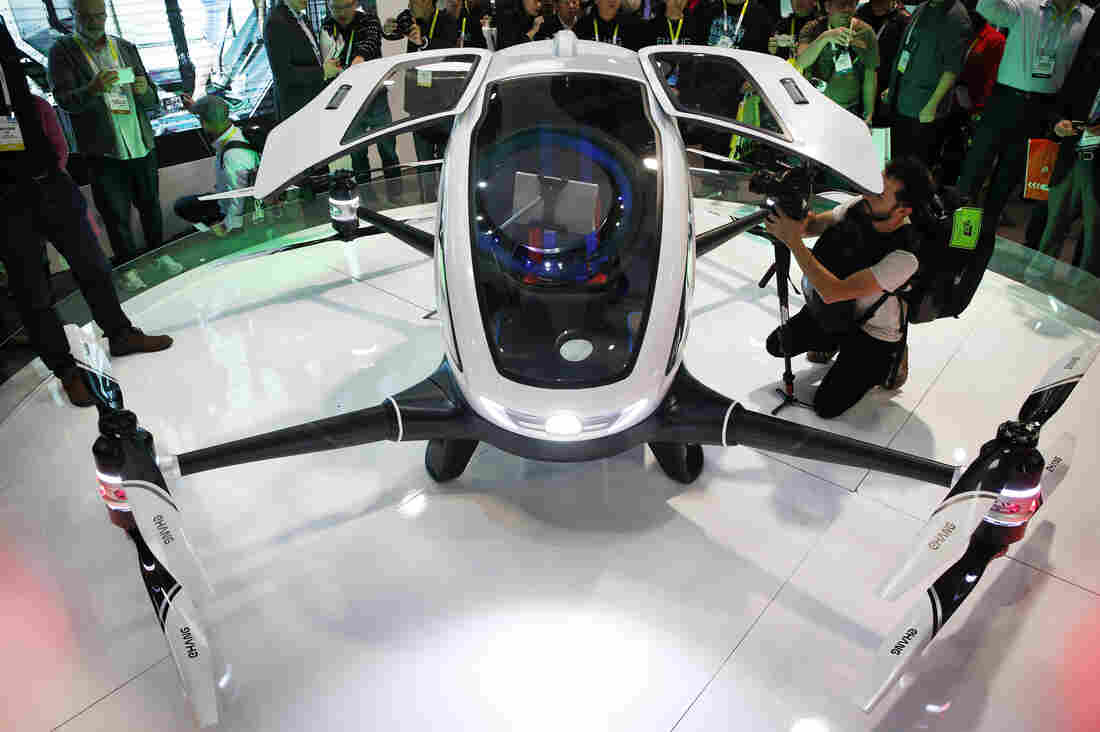 The EHang 184 autonomous aerial vehicle is unveiled at the EHang booth at CES International in January in Las Vegas. The drone is large enough to fit a human passenger. John Locher/AP hide caption 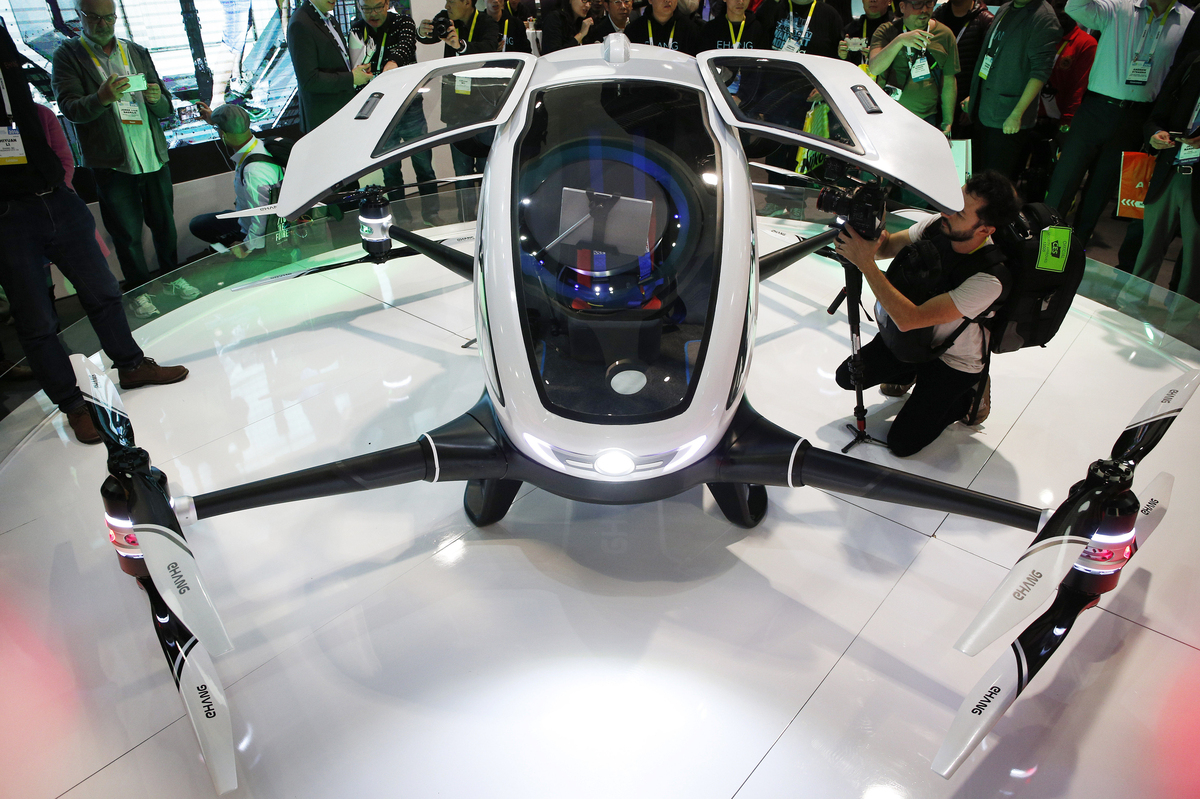 The EHang 184 autonomous aerial vehicle is unveiled at the EHang booth at CES International in January in Las Vegas. The drone is large enough to fit a human passenger.

The idea: a drone taxi that can transport a single passenger for up to 23 minutes.

A Chinese company called EHang and the state of Nevada are trying to make this happen by moving forward with testing the EHang 184 drone. It's billed as the "world's first passenger drone capable of autonomously carrying a person in the air for 23 minutes," as The Guardian reported.

"I personally look forward to the day when drone taxis are part of Nevada's transportation system," Tom Wilczek, Aerospace and Defense Industry Specialist for the Governor's Office of Economic Development, said in a statement.

As The Guardian points out, that could take a while: "Given that fully autonomous road vehicles are unlikely to be widely available until the middle of the next decade, the time when commuters can simply jump in a flying autonomous taxi drone to get to work appears to be some time off yet."

The GOED and the Nevada Institute for Autonomous Systems reached an agreement with EHang last month and "will help guide EHang through the FAA regulatory process with the ultimate goal of achieving safe flight," according to the GOED statement.

The drone was first introduced in Nevada at the 2016 Consumer Electronics Show in January in Las Vegas. Testing is expected to begin this year at the Nevada FAA UAS Test Site, though no specific dates have been announced.

You can see the drone in action here:

According to the video, the designer was inspired to design "an absolute safe aerial vehicle" after two of his friends were killed in airplane crashes.

The experience is meant to be extremely simple for the passenger. The company explains: "After setting up the flight plan with a single click, user can take off on any location, sit, relax and enjoy the flight."

It's that simplicity that has raised safety questions. As Business Insider wrote after the drone was unveiled, "The first question I had was what would happen if the flight-control tablet crashed or some technical issue arose mid-flight." Similarly, "there weren't any physical controls such as a steering wheel or joystick to be found." The site says that according to EHang, there are "multiple fail-safes in place to take over if there's a specific failure," and a flight control center that "can intervene if necessary."