Accessibility links
Federal Appeals Court Says There Is No Right To Carry Concealed Weapons In Public : The Two-Way The 9th U.S. Circuit Court of Appeals has ruled that local law enforcement may restrict the carrying of concealed weapons. 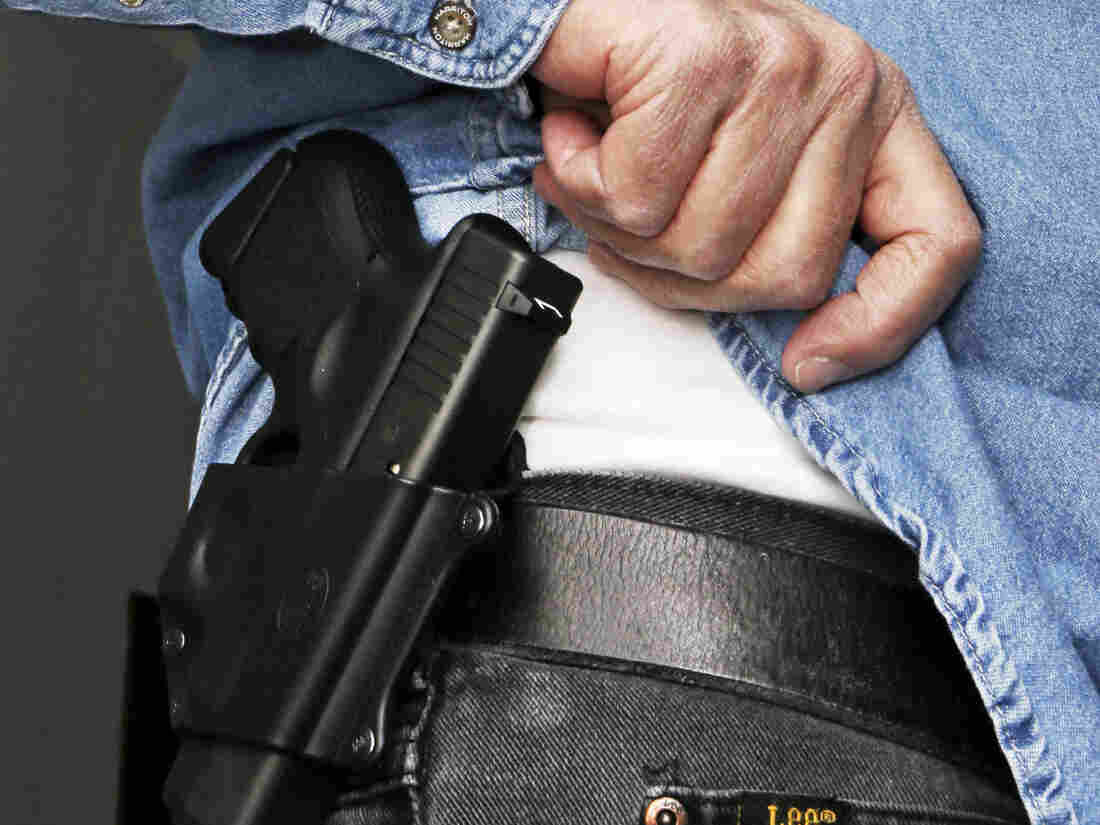 Dealing a blow to gun supporters, a federal appeals court ruled Thursday that Americans do not have a constitutional right to carry concealed weapons in public. Al Behrman/AP hide caption 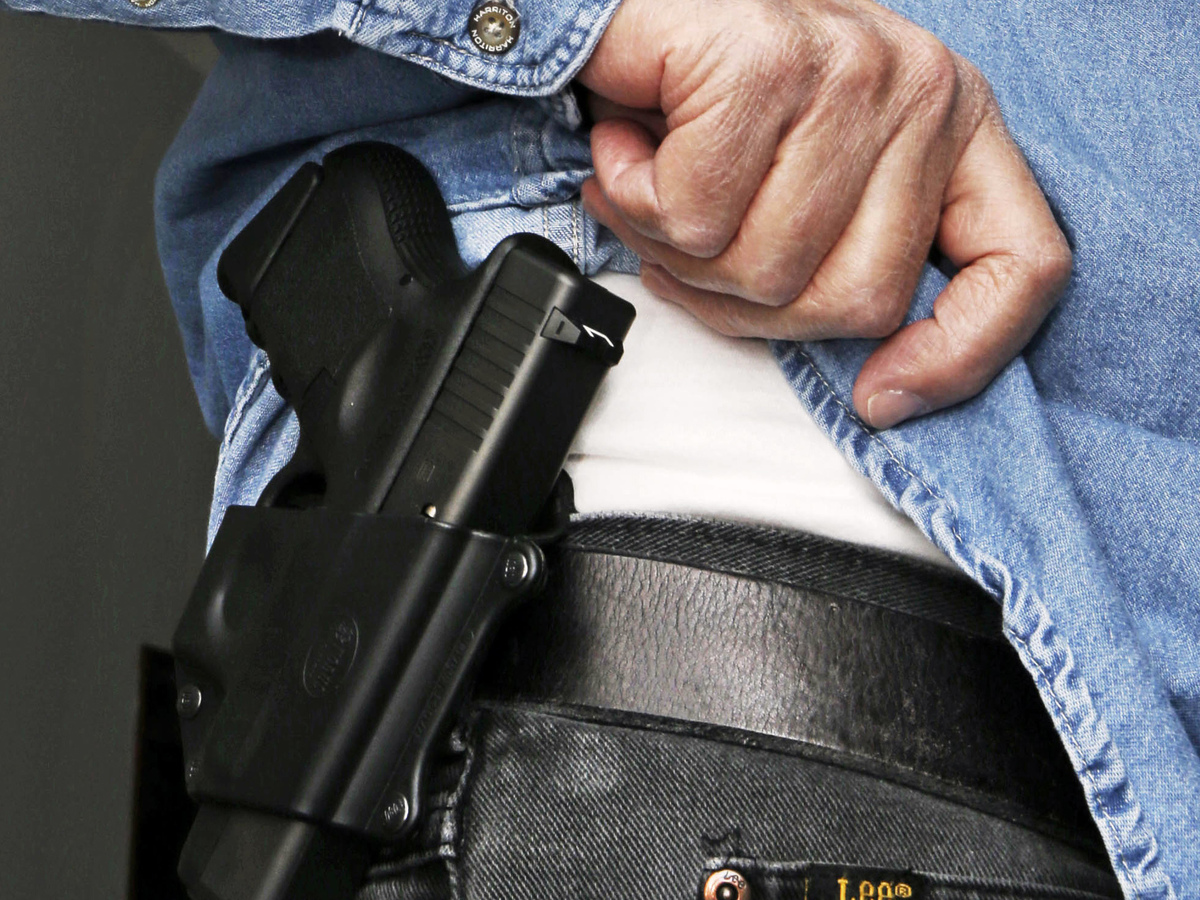 Dealing a blow to gun supporters, a federal appeals court ruled Thursday that Americans do not have a constitutional right to carry concealed weapons in public.

A federal appeals court in California ruled today that local authorities have the right to require people to obtain permits before carrying concealed weapons in public.

In a 7-4 decision, the 9th U.S. Circuit Court of Appeals ruled that the Second Amendment right to bear arms does not include carrying a concealed gun. The ruling upholds a California handgun permit law, one of the toughest in the country. The opinion is binding only in the Western states covered by the 9th Circuit (Alaska, Arizona, California, Hawaii, Idaho, Montana, Nevada, Oregon and Washington).

Calif. Fight Over Concealed Weapons Could Head To High Court

The decision reverses a 2014 ruling by a three-judge panel of the 9th Circuit that found California's handgun control law unconstitutional.

"The right of a member of the general public to carry a concealed firearm in public is not, and never has been, protected by the Second Amendment. Therefore, because the Second Amendment does not protect in any degree the right to carry concealed firearms in public, any prohibition or restriction a state may choose to impose on concealed carry — including a requirement of 'good cause,' however defined — is necessarily allowed by the Amendment."

The case involves gun owners in two California counties, San Diego and Yolo, who were denied permits to carry concealed weapons. Under state law, applicants have to show good moral character, have a good cause and take a training course.

At the heart of the dispute was the interpretation of "good cause."

"Basically applicants for a concealed-carry weapons permit in San Diego County had to demonstrate that they were in some sort of immediate danger — they were, say, carrying a large sum of money, or their life was clearly at risk. In other words, they couldn't just get a concealed-carry permit on the basis of self-defense alone."

Gun rights groups challenged California's handgun law as an infringement of the Second Amendment. Agreeing with them in a dissent was Judge Consuelo Callahan: