Accessibility links
Gawker Files For Bankruptcy As It Faces $140 Million Court Penalty : The Two-Way In addition to its eponymous website, Gawker Media operates several other popular sites, including Deadspin, Jezebel and Gizmodo. The company will be sold to Ziff Davis. 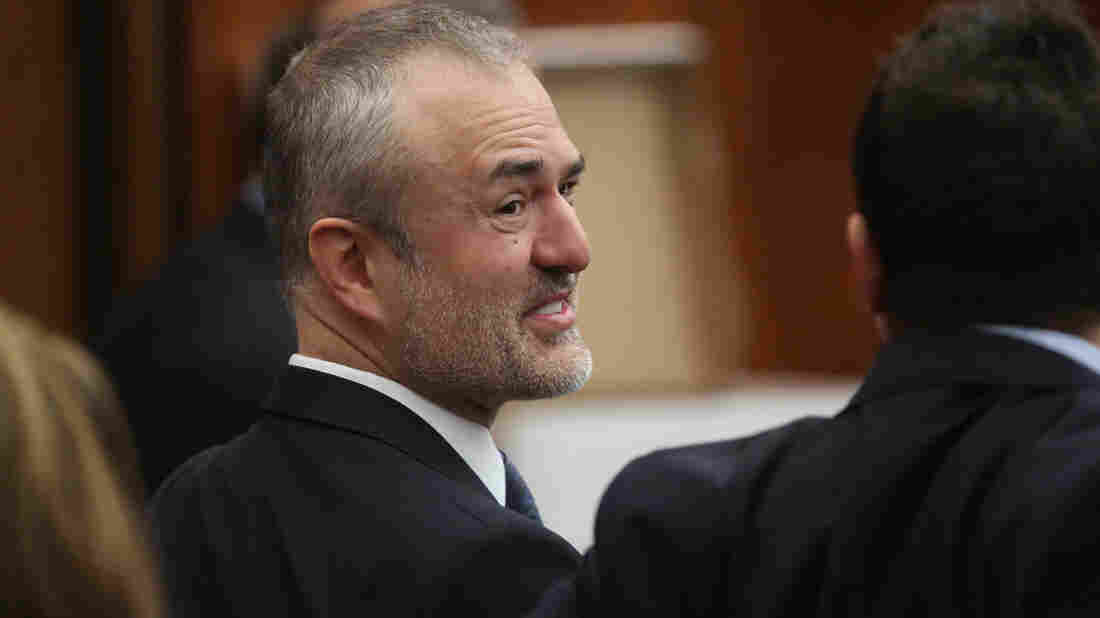 Nick Denton, seen here during his legal battle with Terry Bollea, aka Hulk Hogan, has filed for Chapter 11 bankruptcy protections for Gawker Media, the company he founded 13 years ago. Getty Images hide caption 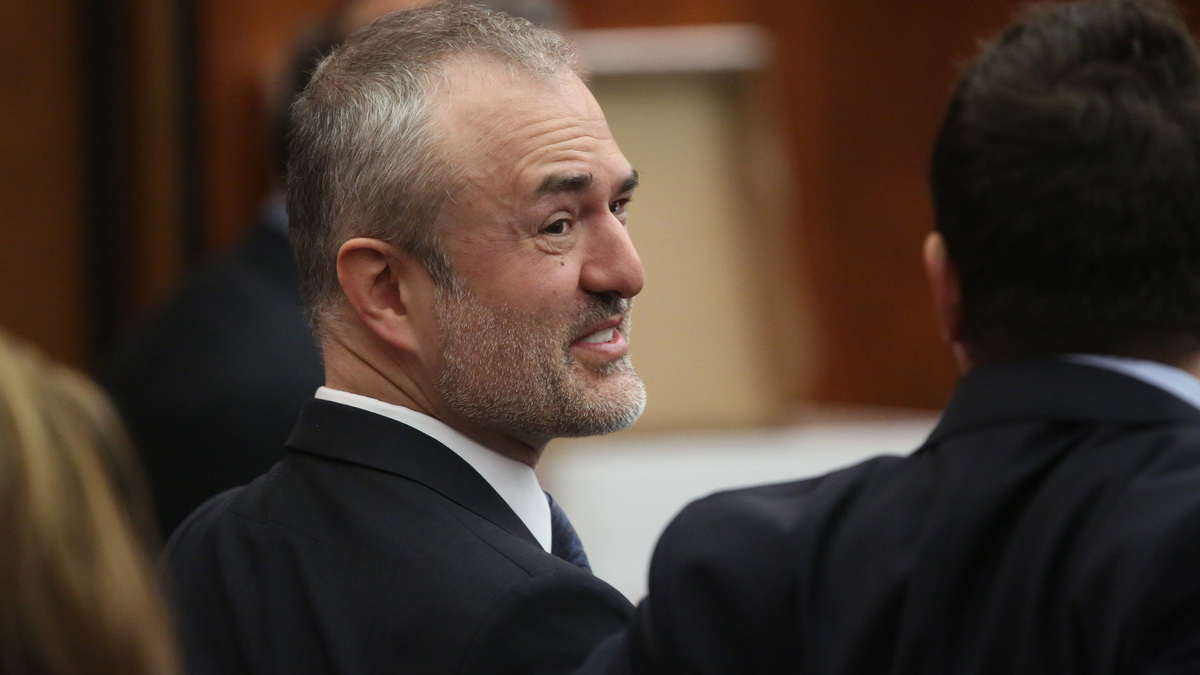 Nick Denton, seen here during his legal battle with Terry Bollea, aka Hulk Hogan, has filed for Chapter 11 bankruptcy protections for Gawker Media, the company he founded 13 years ago.

Gawker Media, the gossip and news company that lost a high-profile court case in which it was ordered to pay $140 million over a violation of Hulk Hogan's privacy, has filed for Chapter 11 bankruptcy protection from its creditors.

In addition to its eponymous website, Gawker operates several other popular sites, including Deadspin, Jezebel and Gizmodo. But reports out Friday also said Gawker's founder, Nick Denton, was trying to find a buyer for the company.

Gawker Media Group says it has reached an agreement "to sell its seven media brands and other assets to Ziff Davis, a global digital media company which operates in the technology, gaming and lifestyle categories and is a subsidiary of j2 Global, Inc."

The announcement, made after news of Gawker's bankruptcy filing emerged, confirms an earlier report by Recode.

Gawker founder Nick Denton says of the deal, "We are encouraged by the agreement with Ziff Davis, one of the most rigorously managed and profitable companies in digital media."

The news release also puts in a plug for Gawker's value, saying, "Writer for writer, GMG has broken more important and interesting stories than any other digital news venture. "

"With a distinctive commitment to journalism as an honest conversation between writers and readers, GMG is the only interactive media group to have achieved scale and profitability without outside capital. The company is a leader in online commerce, native advertising and online discussion software, but the driving force is its distinctive editorial mission."

Gawker filed bankruptcy papers with a court in the Southern District of New York Friday, claiming an estimated $50 million to $100 million in assets and between $100 million and $500 million in liabilities.

A massive chunk of those liabilities rests in a punishment levied on the company for making public a video in which professional wrestler Hulk Hogan was seen having sex with a woman who was married to a man who has been called Hogan's best friend.

That case was part of a pattern for the company, which has sought to bring previously unknown details about public figures into the public realm. After the ruling, it emerged that a wealthy businessman who had previously been the subject of Gawker's reporting had been backing Hogan's case.

Denton has his own take on the circumstances. Here's what he told David:

"It's harder now for journalists to do stories about billionaires, like Peter Thiel, without having at the back of their minds the fear that maybe somebody deep-pocketed, you know, with unlimited resources is going to come after us and can my organization afford to defend me?"

According to the Recode website, Gawker and founder Denton are planning to sell the company:

"Gawker has told [its] employees it still plans to fight the Thiel/Hogan case and to operate its publishing business while it does so. But it is also now formally entertaining offers to buy the company and says it has a firm bid from publisher Ziff Davis to buy the entire operation for less than $100 million."

A detail: Gawker says it's on hook for $130M in bankruptcy filing. Remaining $10M of judgment in Hogan case attached to Denton personally.

The bankruptcy filing authorizes Gawker's officers "to commence the process of marketing and selling the assets of the Company and its subsidiaries."