Accessibility links
#NPRreads: Take An Adventure With These 3 Stories This Weekend : The Two-Way Correspondents, editors and producers from our newsroom share the pieces that have kept them reading, using the #NPRreads hashtag. Each weekend, we highlight some of the best stories.

#NPRreads: Take An Adventure With These 3 Stories This Weekend

#NPRreads: Take An Adventure With These 3 Stories This Weekend 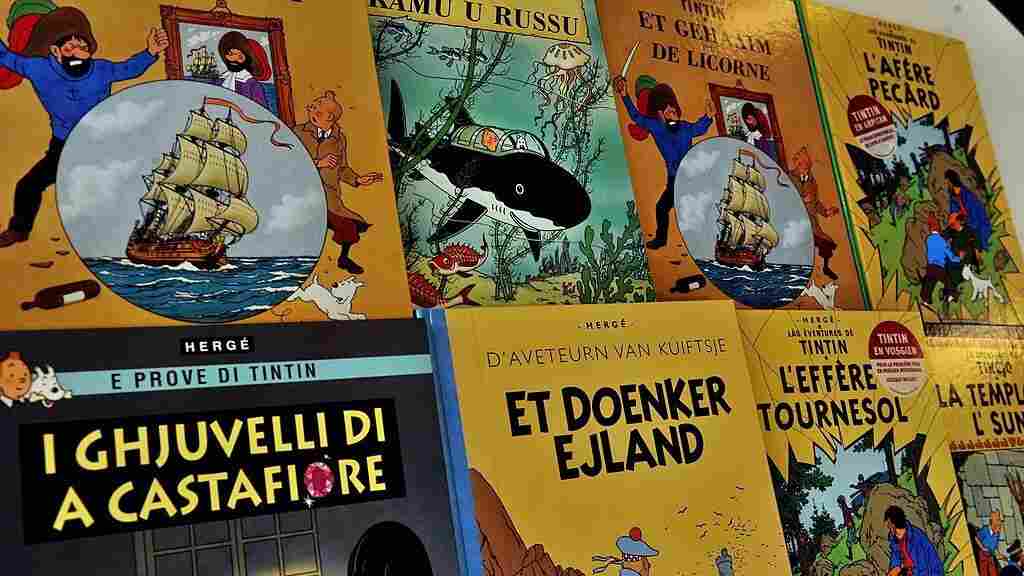 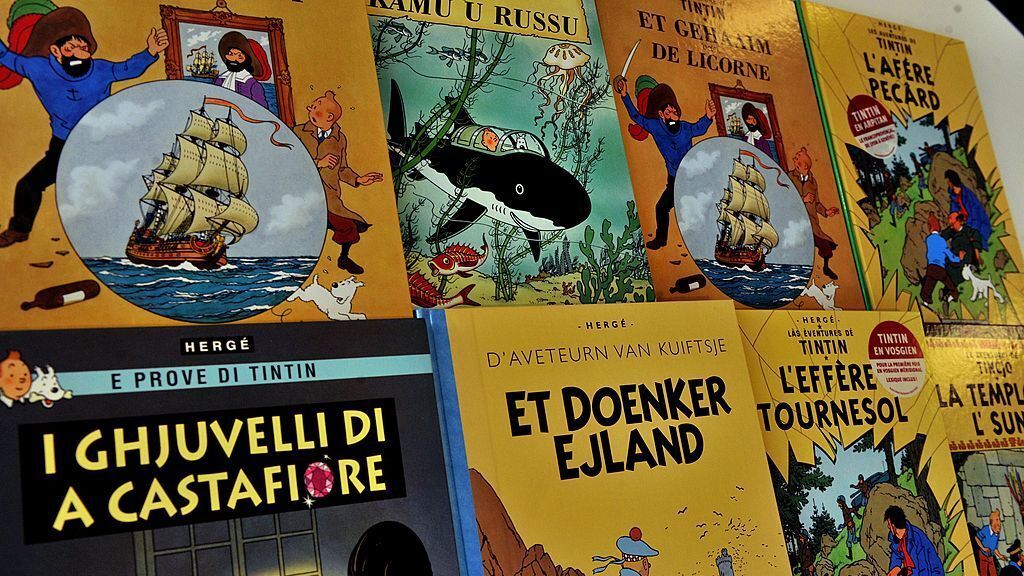 Covers of the comics series Tintin translated in several languages at the Casterman publisher headquarters in Brussels.

"Coming to terms with Tintin" A lovely read from @kcalamur https://t.co/ZKteUKYsaW #NPRreads

In pop culture today there are a lot of accusations of "ruined childhoods" due to remakes, reboots and re-writes of cherished franchises and idols from the past. But sometimes, simply becoming an adult can do a lot to wipe the polished sheen from a story or character that sits on a pedestal in our memories. This is one of the conclusions Krishnadev Calamur writes about in his piece for The Atlantic, "Coming to Terms With Tintin." (Full disclosure: Calamur is a friend and former writer for NPR's Two-Way blog.)

Calamur looks back at what reading the stories and adventures of Tintin, the scrappy Belgian reporter, meant to him as a child growing up in India.

"Few things in my life were permanent at that time. We moved every year from one far-flung part of Bombay, as the city by the sea was known then, to another: moves forced by parental job changes and familial instability that meant new homes, new neighbors, new schools, and new friends. Tintin, though, stayed the same."

But, "idols rarely age well," he writes. Only in adulthood, reading the books with a "mixture of horror, amusement, and embarrassment," did the underlying racism of many of the stories become clear, as well as the Nazi associations of Tintin's creator, Hergé. He continues: "What those comics taught me was that heroes, even boyish, never-aging ones like Tintin, are deeply flawed, and if you ruminate on something long enough, even a cherished childhood memory, you will inevitably see those flaws clearly."

The takeaway here is not that we should forget or feel guilty about our happy memories of cherished figures whose faults surface as we mature, but instead to learn from them and let it be a window into how much our own perspectives and outlook has changed and matured with time. Your childhood will remain safe.

.@NBCNews w/good explanation on Trump's skeletal campaign, what it should have & why it's a big problem #NPRreads https://t.co/FcvP76Ryq5

I've been covering campaigns for almost a decade now, and there's a well-defined structure to ones that are typically successful. In the modern digital age, polling, data analytics, a rapid response operation and more are all part of a well-oiled apparatus. Those parts are necessary for a congressional race, let alone a race for the highest office in the land.

With Trump's unique ability to command the news and bigfoot his way through the GOP primary season, the fact that he didn't have those building blocks didn't seem to matter. But as this NBC News story explains, the general election is a whole new ballgame. And Trump seems to have been lulled into a false sense of security by the fact that he dominated the Republican race, leading him to believe he doesn't need those things for a much-tougher general election fight with Hillary Clinton either.

This story pulls back the curtain and explains what campaigns are supposed to look like, where Trump's deficits are, how they've already beset him recently and why he's ok with still gambling on a heavily streamlined organization.

-----> this, by @nhannahjones THA GAWD, is required reading. #nprreads https://t.co/HcrheHl0Qs

Two years ago, I was on a panel in Tuscaloosa, Alabama, talking to a group of kids from the city's two big high schools --- a handful of them from what was effectively the black school on the south side of town and the other small gaggle from the ostensibly integrated (but overwhelmingly white) school on the other side of town that the black kids were zoned out of. The discussion that evening grew out of the incisive reporting of Nikole Hannah-Jones, then of ProPublica, on the subject of the South's rapidly re-segregating schools; the students I was talking to seemed to be keenly aware that their schools and opportunities were not the same, that they were being allocated vastly different resources by their city, and thus, vastly different life chances.

At dinner later, she cautioned me against thinking of the problem of segregated schools as a Southern one; hell, the only reason the South's schools could resegregate was because its schools had actually, to some extent, undertaken the project of desegregation in the first place. Attempts to integrate schools in the North had been greeted with white flight, or worse, she said. "Remember, the worst anti-busing violence in the country happened in Boston."

So when Nikole told me a few months go she was working on a first-person piece in The New York Times about trying to find the best school for her daughter in Brooklyn, I knew she'd be squarely going at the folks who thought NYC, the most diverse city in America and ostensibly a bastion of liberalism, was somehow exempt from this vehemently enforced inequality, the defining dynamic of American education. Her daughter's elementary school had become the center of an ugly fight over consolidating a half-empty, poor black school with an overcrowded, richer, mostly white school nearby — she mused darkly that her beat had landed on her doorstep.

That piece finally dropped this week, and it's a doozy — a clear-eyed look at the way even deeply committed people who care about equality in education, like Nikole and her husband, have to make tough choices between their ideals and practical considerations about what's best for their own kid's educations. And it's a reminder that we are all implicated in this mess, whether we have kids ourselves or not.