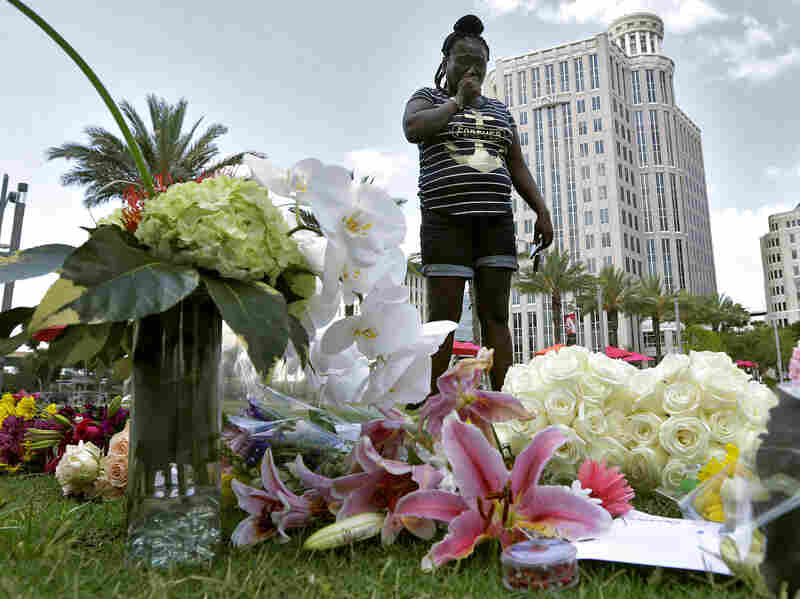 Krystle Martin weeps as she views a memorial Monday for the victims of the fatal shootings at the Pulse Orlando nightclub in Florida. Chris O'Meara/AP hide caption 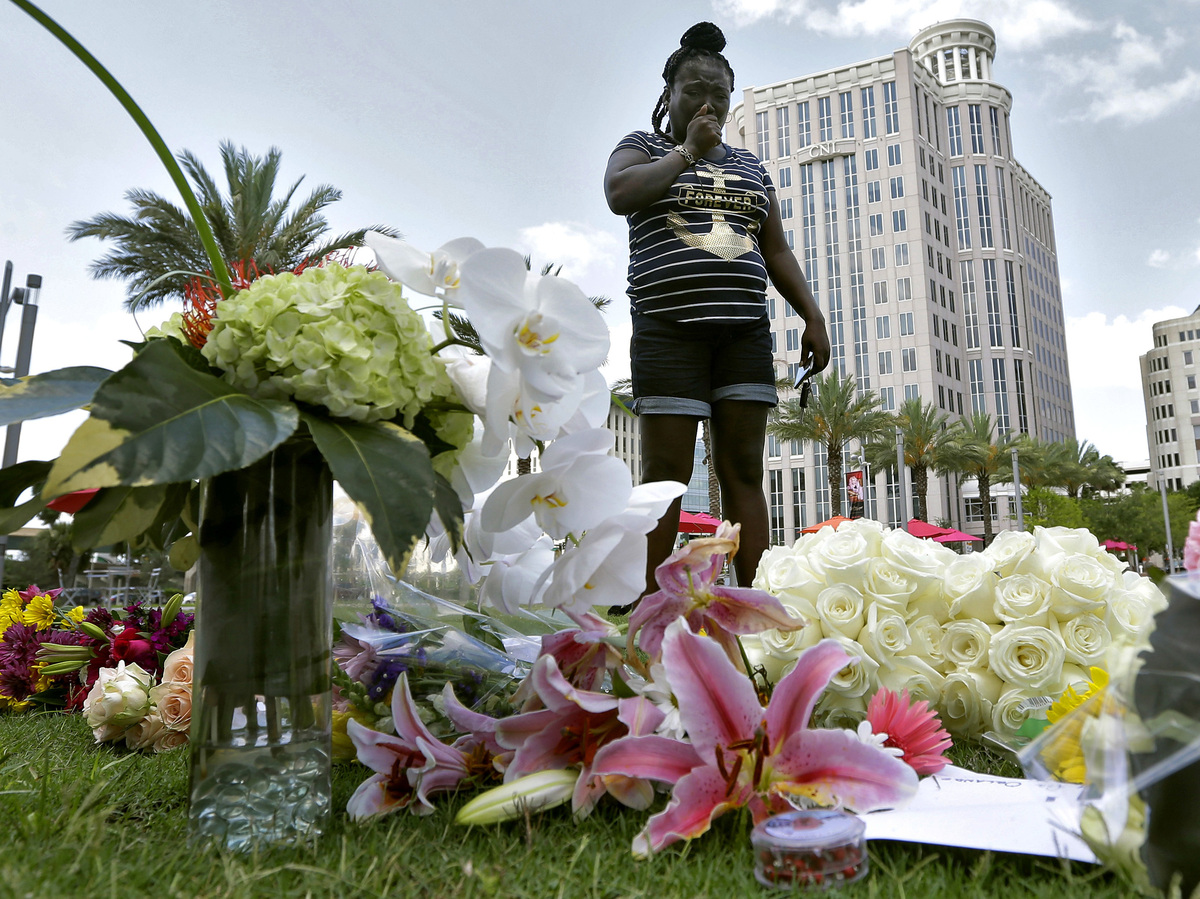 Krystle Martin weeps as she views a memorial Monday for the victims of the fatal shootings at the Pulse Orlando nightclub in Florida.

The owner of the gun shop where Omar Mateen, the shooter in the Orlando nightclub attack, legally bought two guns called the assailant "an evil person" who had passed a full background check.

Ed Henson, owner of the St. Lucie Shooting Center, held a brief news conference Monday afternoon, saying if Mateen "hadn't purchased them from us, I'm sure he would have gotten them from another local gun store in the area."

Henson said he used to be a New York City police officer, had worked at the twin towers in the aftermath of the Sept. 11 attacks and retired in March 2002.

He said Mateen had multiple security guard licenses, one armed and another unarmed, and passed the background check required under law. He said he doesn't recall exactly when Mateen made the purchases of a long gun and a handgun, but that the weapons were bought separately in a period of about a week.

Henson acknowledged that he had seen Mateen in his shop but said that he didn't know the gunman. He referred to Mateen several times but never directly by his name, only as the "evil person."

"I'm just sorry he picked my place," said Henson. "I wish he had picked no place."