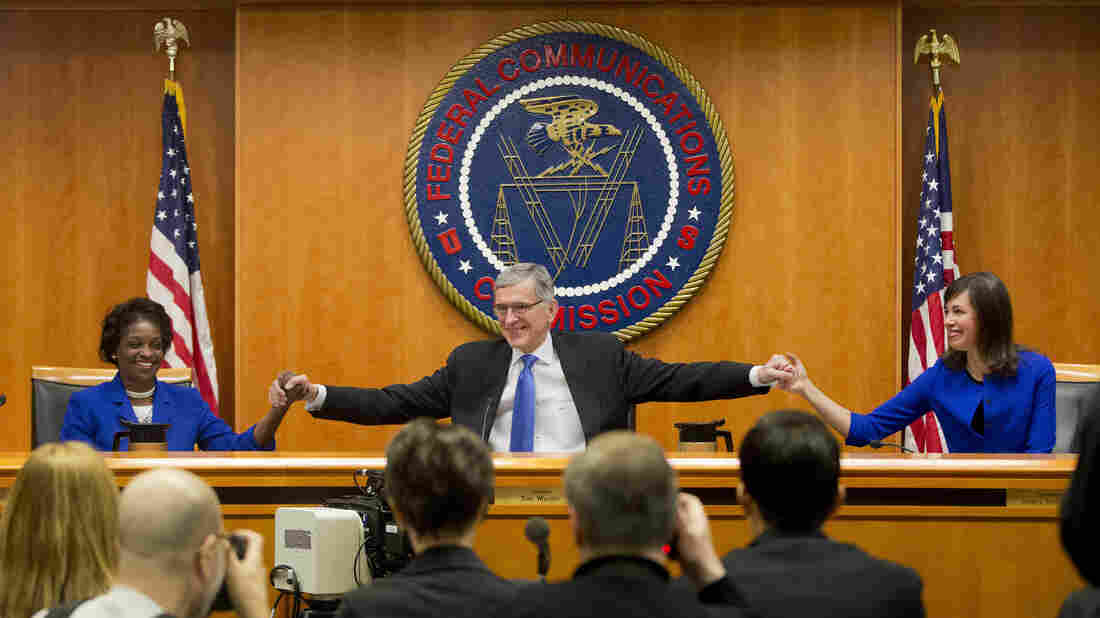 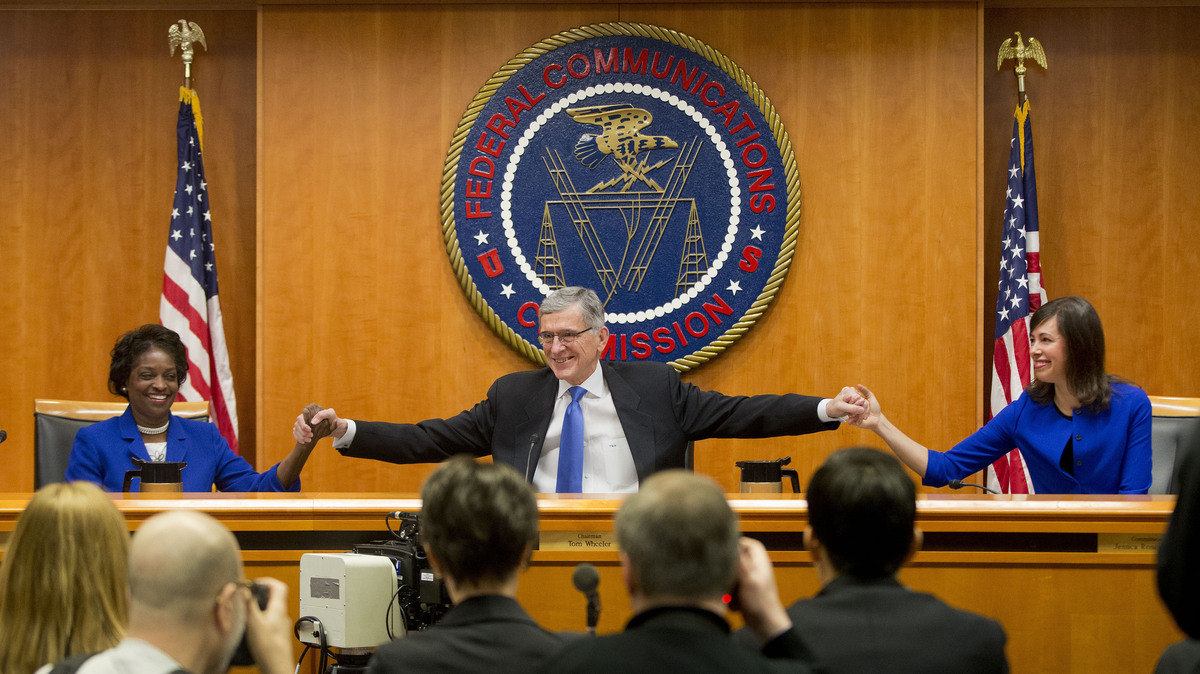 It's the idea that phone and cable companies should treat all of the traffic on their networks equally — no blocking or slowing their competitors, and no fast lanes for companies that can pay more.

The U.S. Court of Appeals for the D.C. Circuit delivered a slam-dunk victory to the Federal Communications Commission as it rejected the petition filed by telecom, cable and wireless industry associations alongside AT&T, CenturyLink and several smaller providers.

5 Things To Know: Net Neutrality Is Back In Court

The ruling was celebrated as a victory for consumers by various public interest groups and Internet companies that had supported the FCC in the lawsuit. However, the telecom industry is expected to continue battling the regulations in Congress and before the nation's higher court:

"We have always expected this issue to be decided by the Supreme Court, and we look forward to participating in that appeal," AT&T General Counsel David McAtee said in a statement.

This is the third time in less than a decade that the FCC has had to defend these principles, using various legal frameworks. This very court had twice rejected the FCC's rules in lawsuits brought by Internet providers.

Last year, with President Obama and more than 4 million people weighing in through public comments, the FCC went all in and overhauled the way it regulates broadband Internet by reclassifying it as a more heavily regulated telecommunications service, similar to rules applied to public utilities.

Internet service providers challenged that decision, saying they weren't opposed to the rules themselves but rejected the dramatic expansion of FCC authority over the Internet. They argued that the tighter regulations rooted in a 1934 legal statute would stifle innovation and threaten investment by the industry.

The three-judge panel at the D.C. Circuit Court of Appeals, however, ruled that the FCC did have the proper authority to reclassify broadband Internet under the Title II of the Telecommunications Act. The judges wrote in the opinion:

The wireless carriers had also argued that they should remain shielded from anti-blocking and discrimination rules, given the unique shared nature of their networks. The court, however, ruled that Open Internet regulations should apply to both wired and wireless Internet.

What the court's opinion means in practical terms is that the net neutrality rules, which have been on the books for a year, will remain on the books, says Peter Karanjia, a lawyer at Davis Wright Tremaine.

"The only thing that changed is that these rules have been upheld by this court," says Karanjia, a former FCC lawyer who was involved in the agency's previous net neutrality court challenge.

But he says it also means new federal oversight of how Internet providers handle web traffic on their networks. That includes a new general conduct rule that allows the FCC to review complaints against ISPs on a case-by-case basis.

"Today's ruling ... ensures the internet remains a platform for unparalleled innovation, free expression and economic growth," FCC Chairman Tom Wheeler said in a statement. "After a decade of debate and legal battles, today's ruling affirms the Commission's ability to enforce the strongest possible internet protections — both on fixed and mobile networks — that will ensure the internet remains open, now and in the future."