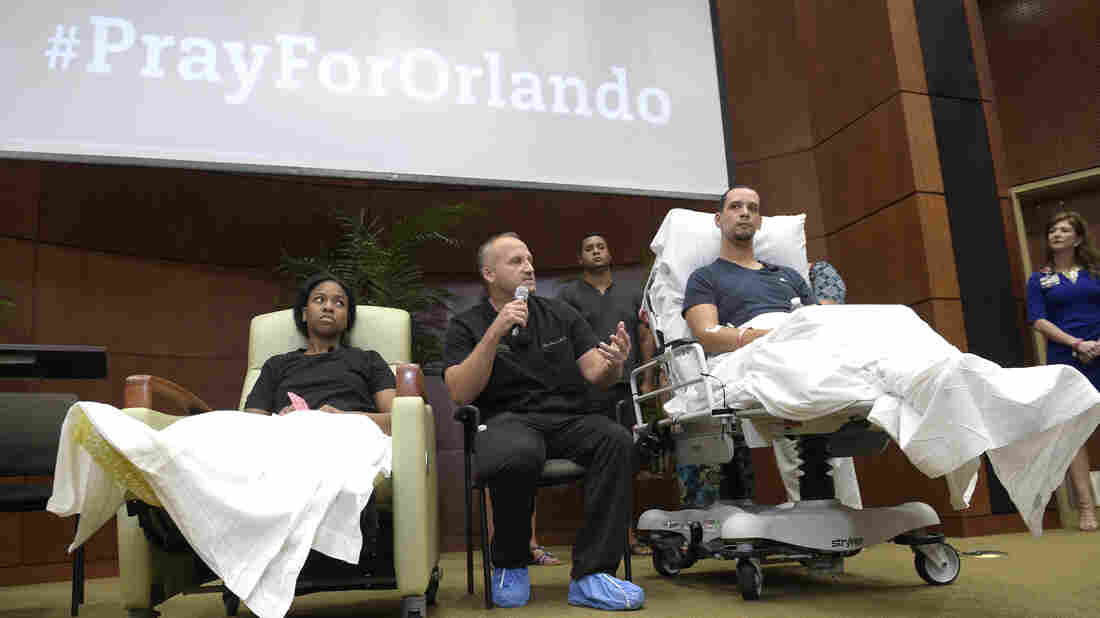 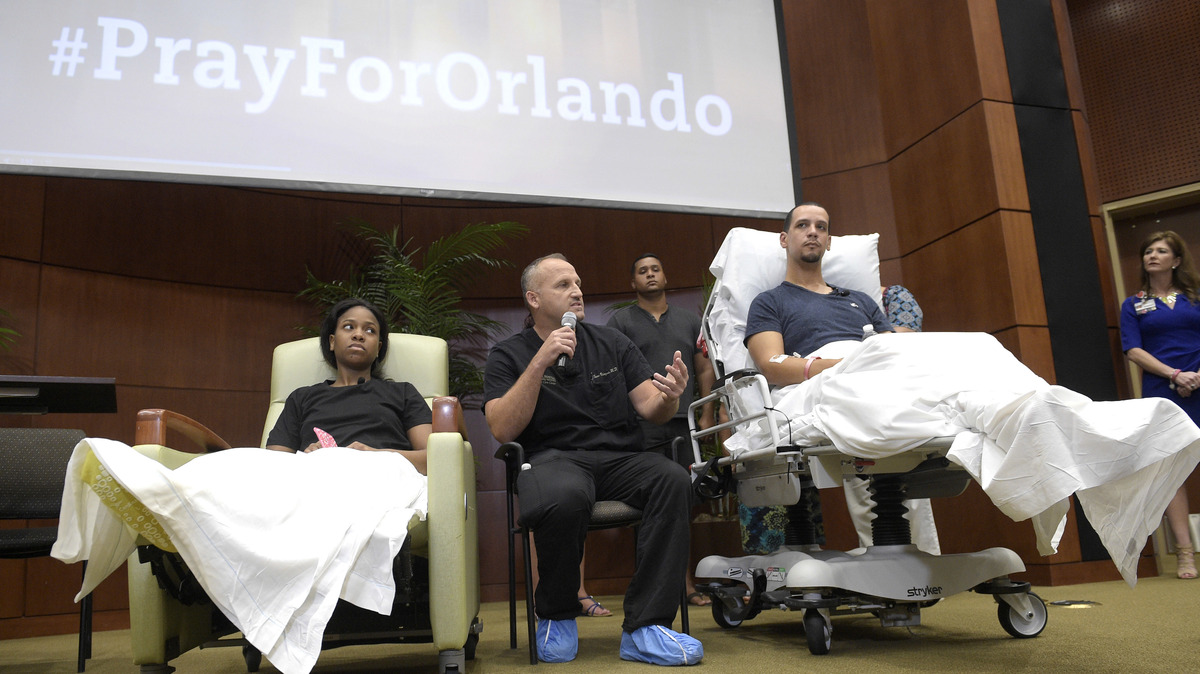 Shooting victims Patience Carter of Philadelphia (left) and Angel Santiago (right) listen as Dr. Brian Vickaryous speaks during a news conference Tuesday regarding the treatment of victims of the Pulse nightclub shooting in Orlando, Fla.

Days after the deadly mass shooting in Orlando, Fla., the American Medical Association says it is adopting a policy calling gun violence in the U.S. "a public health crisis," and it says it will actively lobby Congress to overturn 20-year-old legislation blocking research on gun violence by the Centers for Disease Control and Prevention.

"Even as America faces a crisis unrivaled in any other developed country, the Congress prohibits the CDC from conducting the very research that would help us understand the problems associated with gun violence and determine how to reduce the high rate of firearm-related deaths and injuries," AMA President Steven Stack said in a statement.

The AMA, the largest physicians group in the U.S., says it has supported gun control since the 1980s, and as recently as 2013, the association called the uncontrolled ownership and use of firearms "a serious threat to public health" because "the weapons are one of the main causes of intentional and unintentional injuries and deaths."

Type Of Rifle Used In Orlando Is Popular With Hobbyists, Easy To Use

The history of the ban on federal research on gun violence goes back to 1996 when the National Rifle Association lobbied Congress to prevent any gun research that could be interpreted as endorsing gun control. But the author of that legislation, then-Rep. Jay Dickey, R-Ark., told NPR in October he regrets that his law has had a broader effect.

"[It] wasn't necessary that all research stop. It just couldn't be the collection of data so that they can advocate gun control. That's all we were talking about. But for some reason, it just stopped altogether."

In 2013, President Obama ordered the CDC to resume research "assessing the causes of gun violence ... subject to the availability of appropriations." A spokesman told the Washington Post last year that "our resources are very limited," and the agency had taken no action.

The AMA isn't the only major medical association to call for federally funded gun research. The American Academy of Pediatrics, in a recent policy statement, said the legislation has had "a chilling effect and resulted in a dearth of research on this critical topic."

In 2012, as NPR's Shots blog noted, the AAP called for regulating the manufacture, sale, purchase, ownership and use of firearms to help prevent gun-related injuries to children and adolescents.