Accessibility links
Gravitational Waves From Colliding Black Holes Shake Scientists' Detectors Again : The Two-Way For the second time in recent months, scientists say they have picked up distortions in space and time. The find suggests smaller-sized black holes may be more numerous than many scientists thought.

Scientists announced Wednesday that they have once again detected ripples in space and time from two black holes colliding far away in the universe.

The discovery comes just months after the first-ever detection of such "gravitational waves," and it suggests that smaller-sized black holes might be more numerous than many had thought.

"It looks like there are going to be more of these black holes out there than we imagined," says David Reitze, the executive director of the Laser Interferometer Gravitational-Wave Observatory (LIGO), which recorded the latest rattle on Dec. 26, 2015.

By converting the gravitational wave signal into sounds, researchers can "hear" the collisions of black holes.

Albert Einstein predicted the existence of gravitational waves a century ago as part of his General Theory of Relativity. The theory radically re-envisioned the force of gravity as a distortion in space-time. Under this theory, space is flexible and capable of wobbling.

"It's like a Jell-O that we all swim in," says Gabriela González, a researcher at Louisiana State University and head of LIGO's scientific collaboration.

The changes in distance are tiny, and it's taken a century and more than a billion dollars to build a machine capable of seeing them. In 1999, the National Science Foundation completed two LIGO detectors, one in Louisiana and the other in Washington state.

Physicist Joe Giaime takes me on a tour of the Louisiana detector. We walk onto a bridge above one "arm" of the contraption. It's a straight concrete tube stretching off to the flat horizon. Behind us, another arm juts out at a right angle to the one we're viewing. 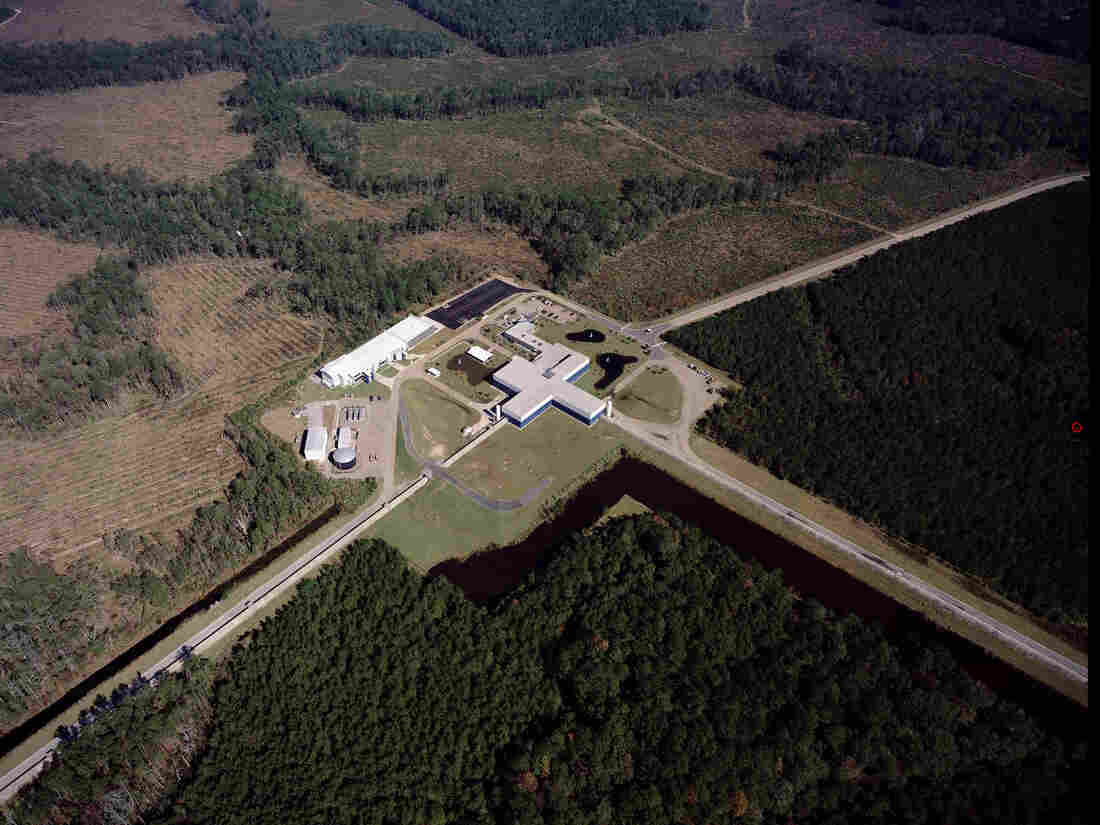 The Laser Interferometer Gravity-Wave Observatory measures tiny changes in the length of its 2.5-mile-long arms. There are two detectors: one in Washington state and one in Louisiana (pictured). Caltech/MIT/LIGO Lab hide caption 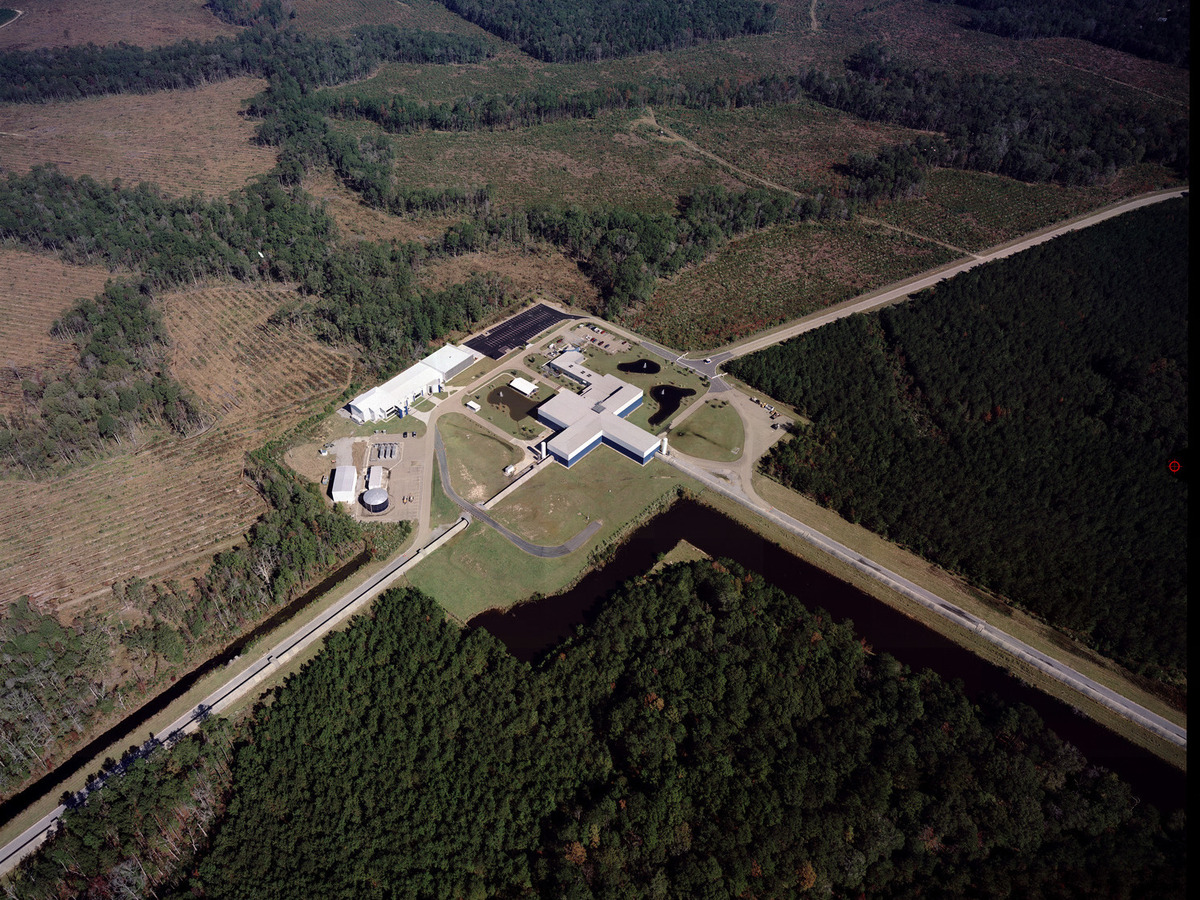 The Laser Interferometer Gravity-Wave Observatory measures tiny changes in the length of its 2.5-mile-long arms. There are two detectors: one in Washington state and one in Louisiana (pictured).

The details are complicated, but the concept is simple. Scientists use lasers and mirrors inside these tubes to measure their length with incredible precision. They can see the lengths change by as little as a fraction of the width of a subatomic particle.

Upgrades completed in 2014 finally allowed the LIGO detectors to see gravitational waves. Last fall, they snagged their first signal — from two black holes colliding. Then in December, the detectors saw another collision, which occurred around 1.4 billion light-years from Earth. This time, researchers say, the black holes were about 14 and 8 times the mass of our sun. They combined to create a black hole, 21 times as massive as the sun. An entire sun's worth of mass was also converted into gravitational waves that passed through the Earth. 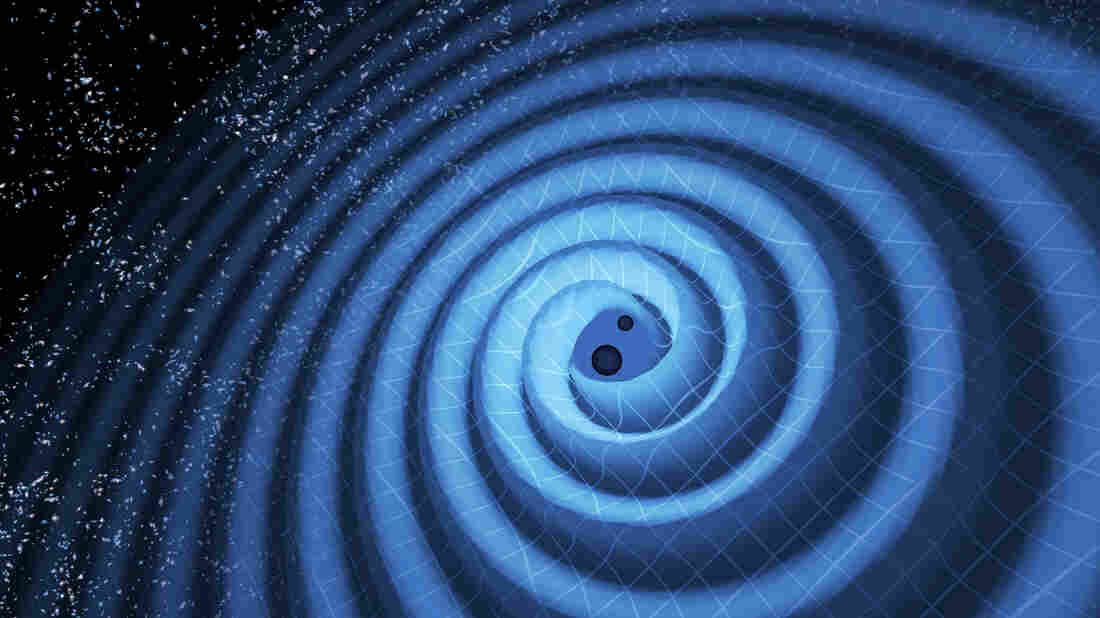 The black holes were 14 and 8 times the mass of the sun. As they spiraled together, they sent out gravitational waves. LIGO/T. Pyle hide caption 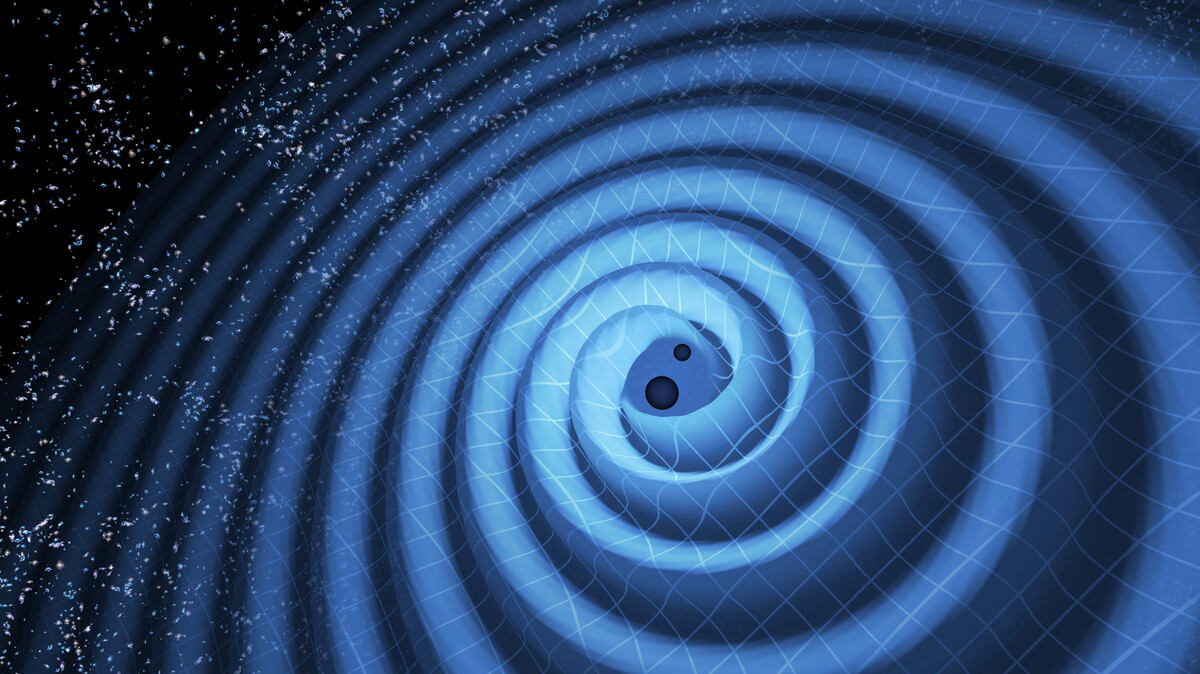 The black holes were 14 and 8 times the mass of the sun. As they spiraled together, they sent out gravitational waves.

Scientists announced the discovery Wednesday at the American Astronomical Society's annual meeting in San Diego. They will publish the result in a forthcoming issue of the journal Physical Review Letters.

Reitze says this new detection is only the beginning.

"This is like Galileo turning his telescope to the sky 400 years ago," he says. "We're now looking at the universe in an entirely new way, and we're going to learn new things that we can't learn any other way."