Accessibility links
British Member Of Parliament Shot And Killed; Suspect Arrested : The Two-Way Jo Cox, a Labour MP, has died after being shot in the village of Birstall, part of the district she represents. U.K. politicians have now suspended campaigns related to the upcoming EU referendum. 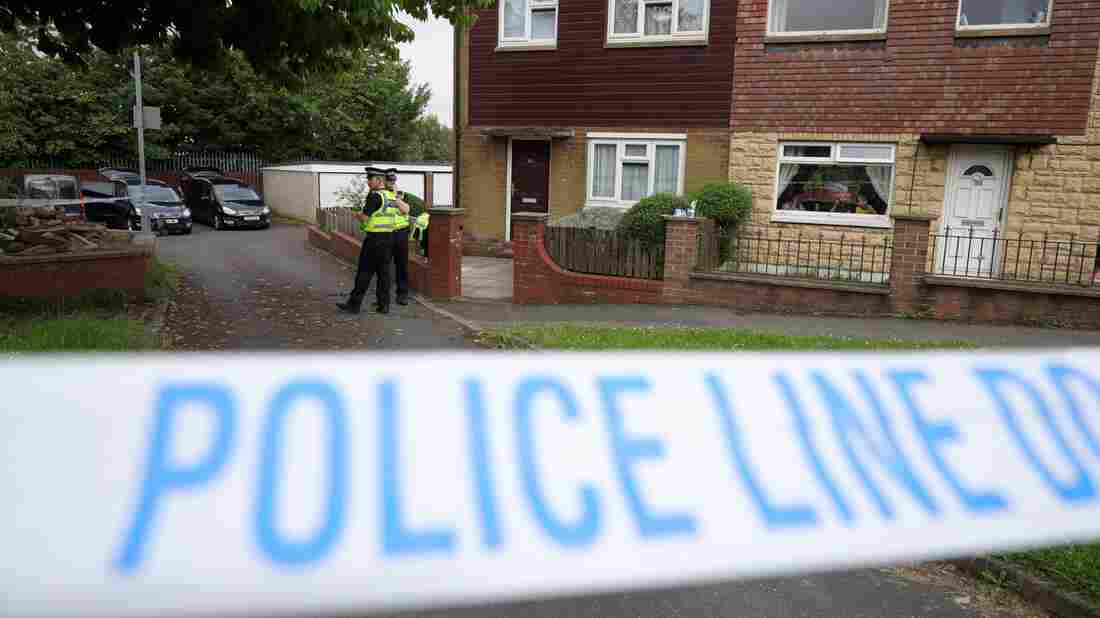 Police cordon off the scene at the suspect's home after Jo Cox, 41, Labour MP for Batley and Spen, was killed by an attacker Thursday in Birstall, England. Christopher Furlong/Getty Images hide caption 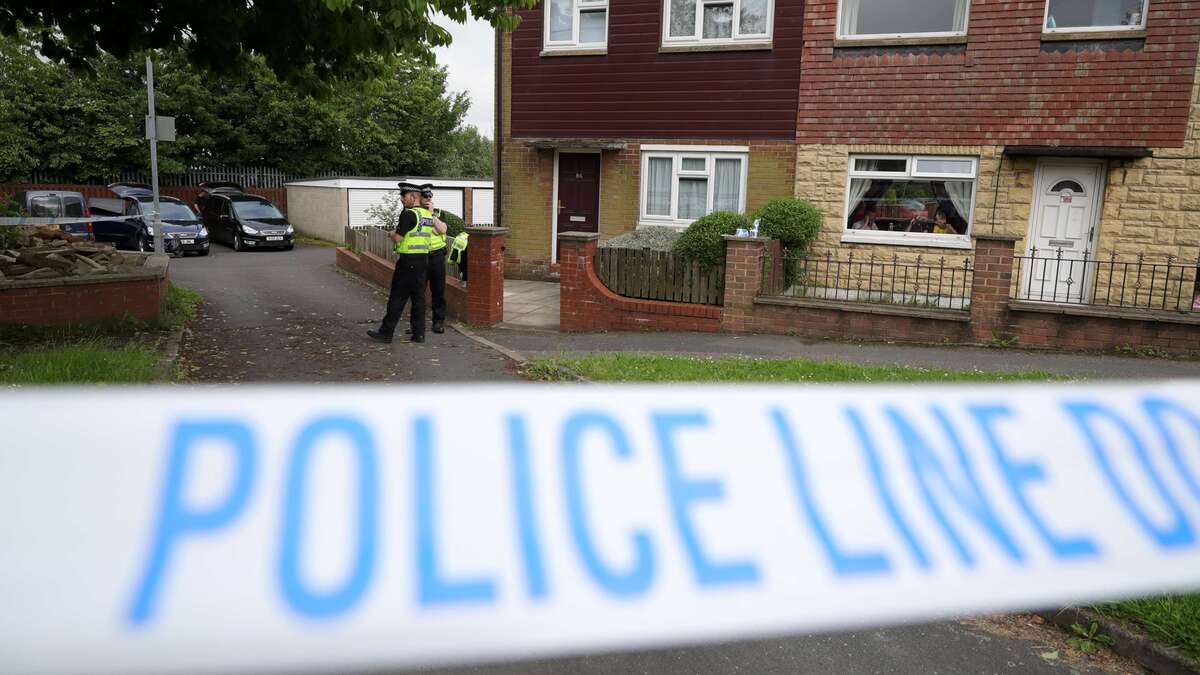 Police cordon off the scene at the suspect's home after Jo Cox, 41, Labour MP for Batley and Spen, was killed by an attacker Thursday in Birstall, England.

Jo Cox, a member of the British parliament, has died after being shot in a village near Leeds.

The 41-year-old Labour politician was attacked earlier Thursday in the village of Birstall, within the region she represents, and later died of her injuries.

The BBC reports that Cox was both stabbed and shot in the attack. The broadcaster says a man has been arrested and police are not looking for any other suspects.

A second person, a man, was also injured in the attack and is expected to survive, The Associated Press reports, citing West Yorkshire Police. 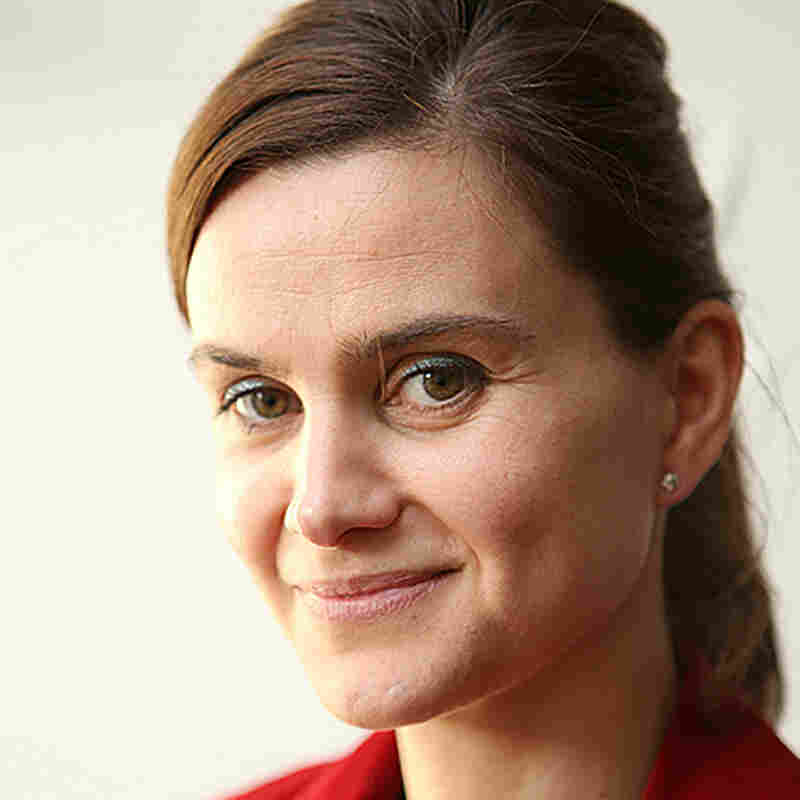 Labour MP Jo Cox is seen in an image released on Thursday. Cox was attacked in the village of Birstall, within the region she represents, and later died of her injuries Press Association via Reuters hide caption

Cox held a regularly-scheduled drop-in session where her constituents could meet with her, The Guardian reports, and the stabbing and shooting occurred nearby.

Police have not commented on a motive for the attack.

The U.K is currently preparing for a high-stakes, hotly contested referendum next week. Voters will choose whether to stay in the European Union or leave it — the so-called "Brexit."

In the wake of the attack on Cox, the intense campaigning over the issue has been suspended.

Cox was campaigning for the "remain" side, the AP reports, while noting that it's unclear if the attack was related to the EU debate.

Before being elected to Parliament last year, Cox was an aid worker and charity campaigner, The Financial Times reports.

Cox, who had a working-class background and went to Cambridge, was a head of policy at Oxfam, an adviser to the Bill and Melinda Gates foundation and an adviser to an anti-slavery campaign.

In Parliament, she was vocal about the need to find an end to the Syrian Civil War and advocated greater British military involvement to protect civilians in that conflict. Colleagues knew her as personable and independent-minded, the FT writes.

In her first speech on the Parliament floor last year, Cox celebrated immigration and diversity, praised her home community as a picturesque manufacturing hub and said she looked forward to passionately championing continued EU membership. She closed by saying, "I am proud that I was made in Yorkshire and I am proud of the things we make in Yorkshire. Britain should be proud of that, too. I look forward to representing the great people of Batley and Spen here over the next five years."

You can watch that speech here.

Cox leaves behind a husband and two young children.

"Jo believed in a better world," Cox's husband Brendan Cox said in a statement, shared by the BBC. "She fought for it every day of her life with an energy, and a zest for life that would exhaust most people.

"She would have wanted two things above all else to happen now, one that our precious children are bathed in love and two, that we all unite to fight against the hatred that killed her."

In the past two decades, two other members of Parliament have been attacked during "surgeries," the kind of open sessions with constituents Cox reportedly had been holding in Birstall, the AP writes.

A member of parliament was stabbed in 2010 by a constituent who said she wanted "revenge" for his vote in favor of the Iraq war; he survived the attack. In 2000, a man attacked an MP with a sword, killing a political aide and injuring the MP.

A recent study found one in five British MPs has been the victim of an attack or attempted attack, The Guardian reports.

But no member of parliament has been murdered in office since the violent days of The Troubles in Northern Ireland. The most recent was Ian Gow, a Conservative MP killed by the IRA in 1990, The Guardian says.