Accessibility links
Orlando Shooter Posted Pro-ISIS Messages On Facebook, Senator Says : The Two-Way The gunman in Sunday's attack at a gay nightclub used Facebook to search for and post terrorism-related content before and even during the assault, according to Wisconsin Sen. Ron Johnson. 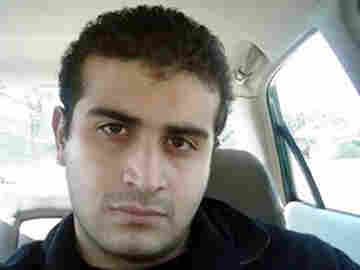 The gunman in Sunday's attack at an Orlando gay nightclub used Facebook "to search for and post terrorism-related content" before and even during the assault, according to Wisconsin Sen. Ron Johnson.

On the day of the attack, Omar Mateen apparently searched Facebook for "Pulse Orlando" — the name of the nightclub where 49 people were killed — and "shooting," Johnson, head of the Senate Committee on Homeland Security and Governmental Affairs, said in a letter to Facebook founder Mark Zuckerberg.

As The Two-Way has reported, investigators say Mateen pledged allegiance to ISIS in a 911 call during the attack — but "officials said they haven't seen a direct link between the gunman and the terrorist group."

Mateen is "apparently associated" with five Facebook accounts, Johnson says, and was also using the social media platform to search for terrorism-related content prior to the attack. The Republican senator adds:

"[M]y staff learned that in May 2016, Mateen used Facebook to search for information on the San Bernardino terrorists and on June 4, 2016, Mateen apparently searched for 'Baghdadi speech.' My staff has also learned that Mateen apparently used Facebook to conduct frequent local law enforcement and FBI searches, including searching for specific law enforcement offices."

As NPR's Nathan Rott tells our Newscast unit, it's still unclear whether "Facebook has or will respond to the request."

You can read the full letter here: