Accessibility links
A Surgeon's Bloodstained Shoes Have Become A Symbol Of Orlando's Defiance : The Two-Way Dr. Joshua Corsa says his shoes are a reminder that "after the worst of humanity reared its evil head, I saw the best of humanity ... come fighting right back."

1:29
A Surgeon's Bloodstained Shoes Have Become A Symbol Of Orlando's Defiance 1:29

A Surgeon's Bloodstained Shoes Have Become A Symbol Of Orlando's Defiance 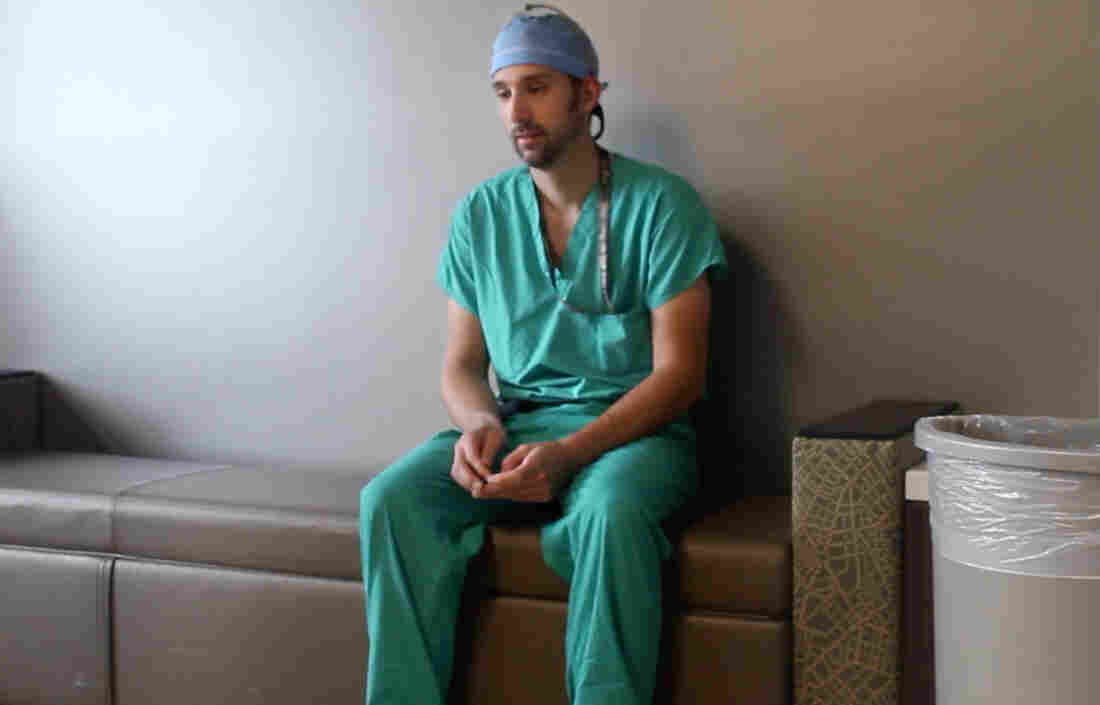 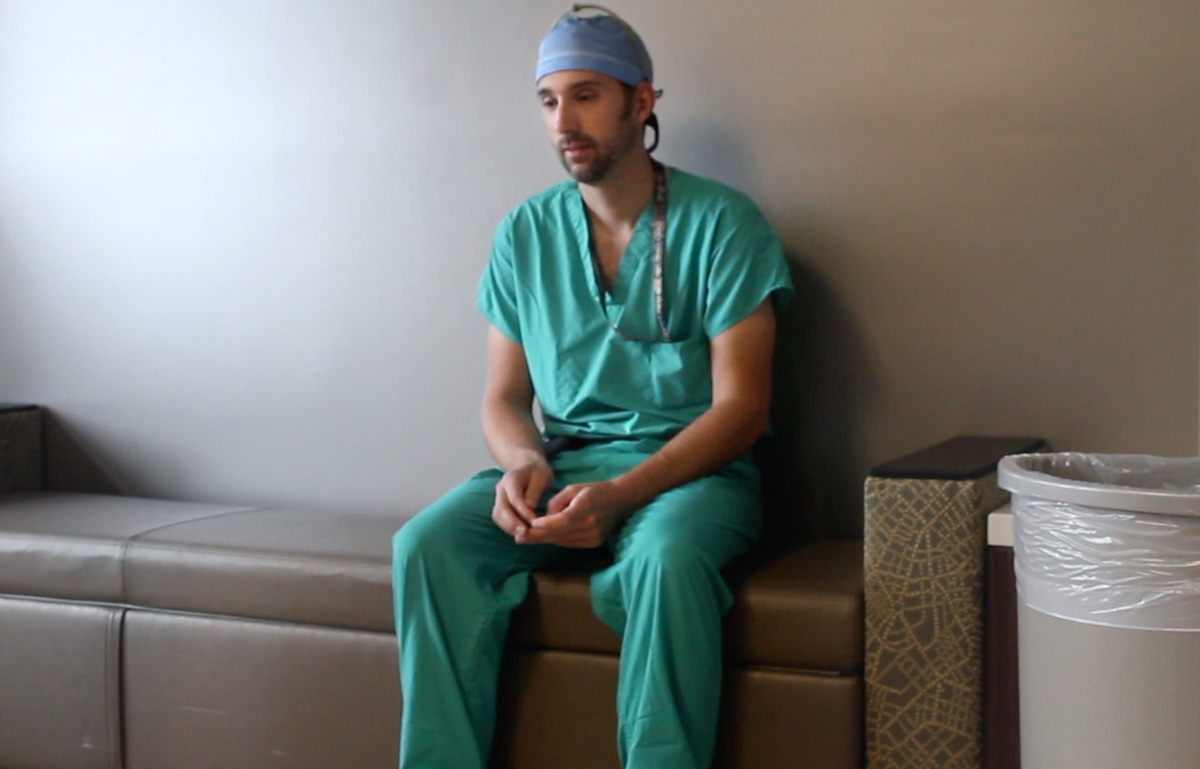 A pair of bloodstained shoes has become a symbol of Orlando's defiance in the face of extraordinary trauma.

The shoes belong to Joshua Corsa, a senior surgical resident at the Orlando Regional Medical Center. They were almost brand new when the hospital received scores of victims of the mass shooting attack on a gay nightclub Sunday morning that left 49 people dead.

Corsa tells reporter Abe Aboraya of member station WMFE that he worked in packed operating rooms for some 30 hours. He finally got a chance to try to sleep — unsuccessfully, he says — and returned to work on Monday morning.

There to meet him were his bloodstained shoes from the previous day — and "that's when a lot of the enormity of it kind of struck me ... that tangible reminder," he says. 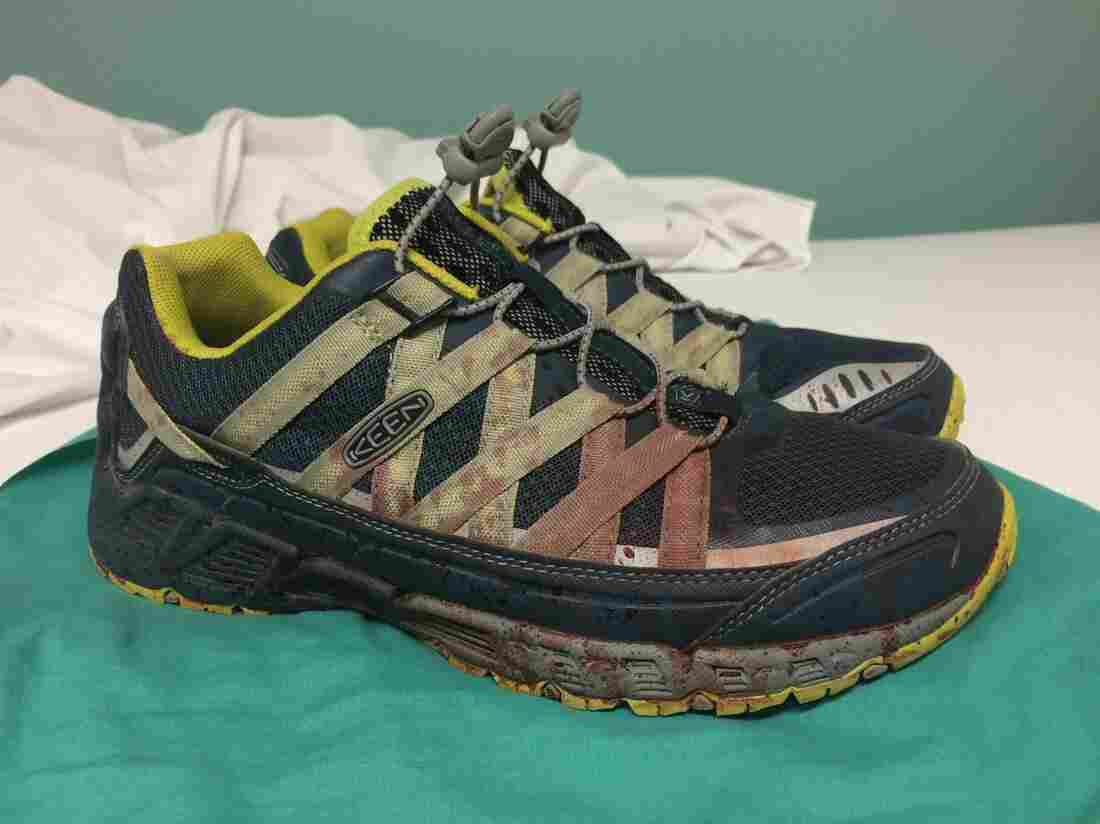 Corsa posted this image of his bloodstained shoes on Facebook Monday morning after hours of caring for Orlando shooting victims. Courtesy of Joshua Corsa hide caption 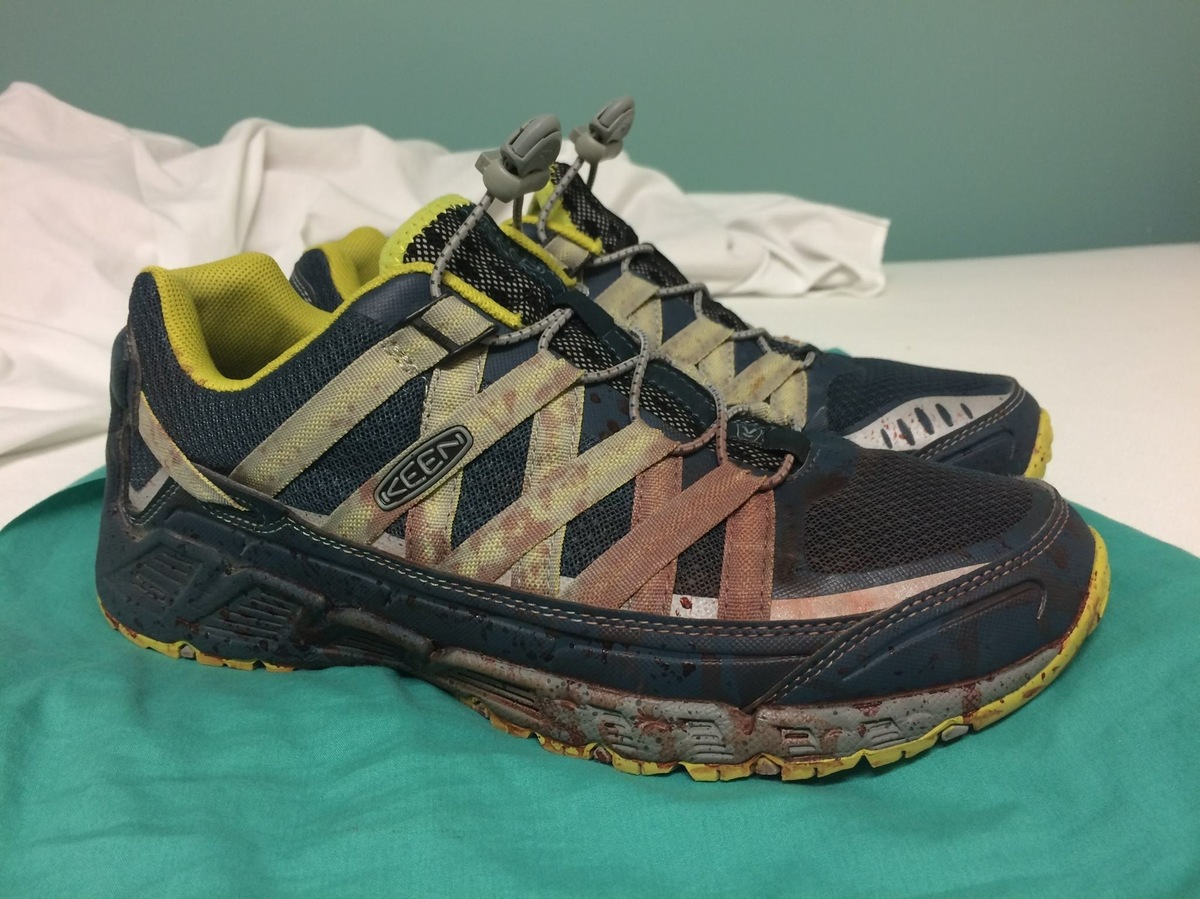 Corsa posted this image of his bloodstained shoes on Facebook Monday morning after hours of caring for Orlando shooting victims.

Corsa then sat down and wrote a Facebook post reflecting on the events, which was shared hundreds of thousands of times:

"These are my work shoes from Saturday night. They are brand new, not even a week old. I came to work this morning and saw these in the corner [of] my call room, next to the pile of dirty scrubs.

"I had forgotten about them until now. On these shoes, soaked between its fibers, is the blood of 54 innocent human beings. I don't know which were straight, which were gay, which were black, or which were Hispanic.

"What I do know is that they came to us in wave upon wave of suffering, screaming, and death. And somehow, in that chaos, doctors, nurses, technicians, police, paramedics, and others, performed super-human feats of compassion and care.

"This blood, which poured out of those patients and soaked through my scrubs and shoes, will stain me forever. In these Rorschach patterns of red I will forever see their faces and the faces of those that gave everything they had in those dark hours.

"There is still an enormous amount of work to be done. Some of that work will never end. And while I work I will continue to wear these shoes. And when the last patient leaves our hospital, I will take them off, and I will keep them in my office.

"I want to see them in front of me every time I go to work.

"For on June 12, after the worst of humanity reared its evil head, I saw the best of humanity ... come fighting right back. I never want to forget that night."

The powerful post has since been made private. You can listen to Corsa read it here:

He says he is still wearing the shoes — now wrapped in shoe covers, because of the blood.

To him, they serve as a reminder, "not of the terrible things that happened, but of the good that came from them ... how the city came together, how the hospital came together."

He adds: "These patients are some of the nicest people I've ever met and I think it's good to have a tangible reminder to look at every day, remind yourself that there's still good out there even in the face of this."

Corsa started his medical training as an Army medic, an experience that he says "helped me to stay somewhat calm" as he treated the victims of the deadly attack.

He adds that he hasn't had time to process the events. "You almost enjoy the work in that it keeps you from having to sit down and deal with it," he says. "You're able to focus on the patients, which is what's truly important."

Corsa says that the situation at the hospital is becoming calmer. "We finally started a turnaround where it's less damage control and more starting to think long term, down the road," he says.

And five days after he posted the viral photo, he is still vowing to continue wearing the shoes until the last victim of the Pulse nightclub shooting is discharged.

WMFE: The man behind the blood-stained shoes