Accessibility links
Suspect Charged With The Murder Of British Lawmaker Jo Cox : The Two-Way When he was asked to give his name, suspect Thomas Mair used the opportunity to say "Death to traitors, freedom for Britain." He was formally charged with Cox's murder, which has shocked the U.K.

Suspect Charged With The Murder Of British Lawmaker Jo Cox

Suspect Charged With The Murder Of British Lawmaker Jo Cox 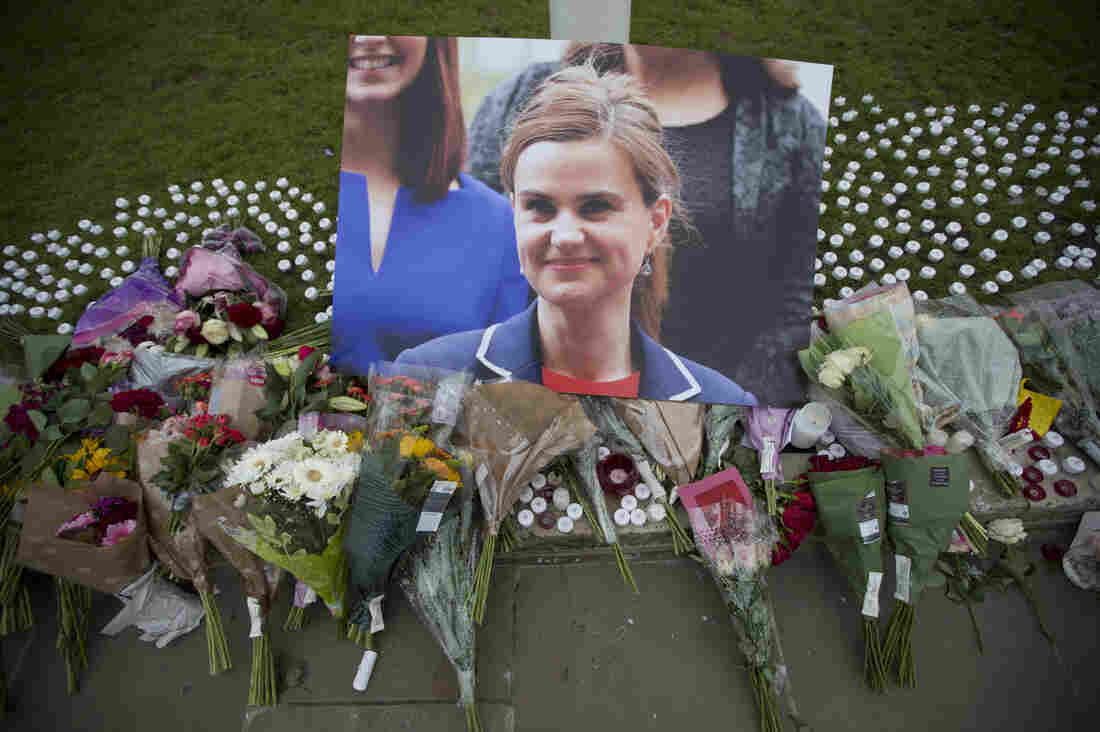 An image and floral tributes for Jo Cox, lay on Parliament Square, outside the House of Parliament in London on Friday. The 41-year-old British Member of Parliament was fatally injured in an attack on Thursday in northern England. Matt Dunham/AP hide caption 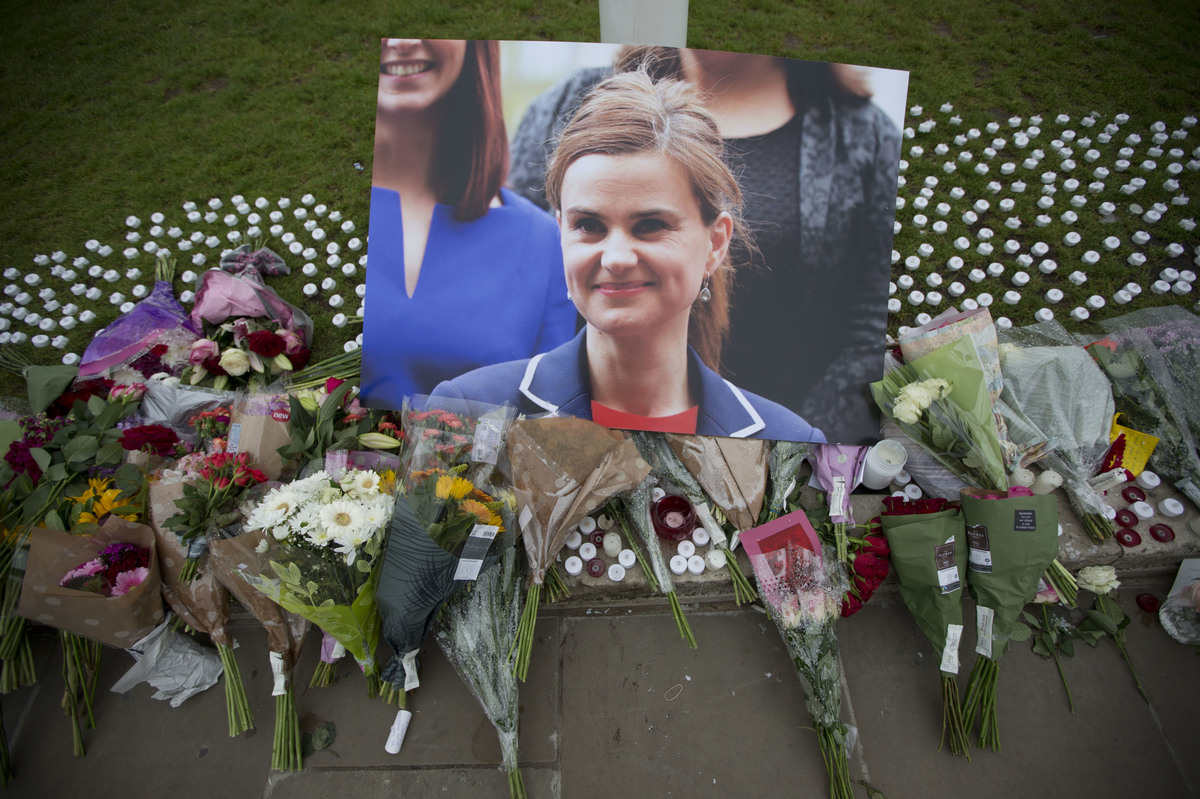 An image and floral tributes for Jo Cox, lay on Parliament Square, outside the House of Parliament in London on Friday. The 41-year-old British Member of Parliament was fatally injured in an attack on Thursday in northern England.

The man accused of killing British Member of Parliament Jo Cox appeared in a London court today, where he was formally charged with murder.

When he was asked to give his name, Thomas Mair used the opportunity to say "Death to traitors, freedom for Britain."

The brutal killing has shocked the U.K. The 41-year-old Labour Party MP and former aid worker was fatally stabbed and shot in a village near Leeds on Thursday before a scheduled drop-in session with her constituents, as The Two-Way reported.

Mair, 52, was arrested shortly after the attack, as NPR's Peter Kenyon tells our Newscast unit. "Police say they're following two primary lines of inquiry – into Mair's mental condition and into his alleged ties to far-right nationalist and neo-Nazi groups," Peter adds.

Mair repeated the nationalist slogan twice and "and did not reply when asked to confirm his address and date of birth," the BBC reported. Mair also faces charges of grave bodily harm, "possession of a firearm with intent to commit an indictable offense and possession of an offensive weapon," according to the BBC.

The suspect has not yet entered a plea and was taken back into custody after Saturday's appearance, The Guardian reported. Deputy chief magistrate Emma Arbuthnot "suggested that a psychiatric report be prepared," the newspaper adds. She said: "Bearing in mind the name he has just given, he ought to be seen by a psychiatrist."

U.K. voters are set to go to the polls on June 23 to decide whether or not to remain in the European Union – and both sides halted campaigning after Cox was killed. As the Guardian reported, both sides have agreed "not to hold events until Sunday at the earliest." Cox herself was a vocal supporter of remaining in the EU.

"Cox's killing has sparked calls to examine security arrangements for MPs, and growing concern over the harsh edge appearing in British politics as the EU referendum debate has gone on," as Peter reports.

In an opinion piece in the Guardian, former British Prime Minister Gordon Brown said that "only by tackling the prejudice and hate that killed her can we do justice to the meaning of Jo Cox's life." Here's more from Brown:

"Unless we strive for a culture of respect to replace a culture that does too little to challenge prejudice, we will be learning nothing from what happened to Jo. We have to be honest that calling for tolerance, while welcome, is not enough: we cannot just revert back to a status quo still filled with prejudice and discrimination without recognising the hurt that has been done and the need to address these injustices head on."

Meanwhile, tributes to Cox are appearing around the country. Cox's sister Kim Leadbeater appeared at the scene of one tribute on Saturday and spoke to the crowd:

"For now, our family is broken. But we will mend over time, and we will never let Jo leave our lives. She will live on through all the good people in the world – through [her husband] Brendan, through us, and through her truly wonderful children, who will always know what an utterly amazing woman their mother was. She was a human being, and she was perfect."

"She will live on through all the good people in the world" - sister of #JoCoxMP https://t.co/UV5mtXqXqm https://t.co/dD7TFcwzww