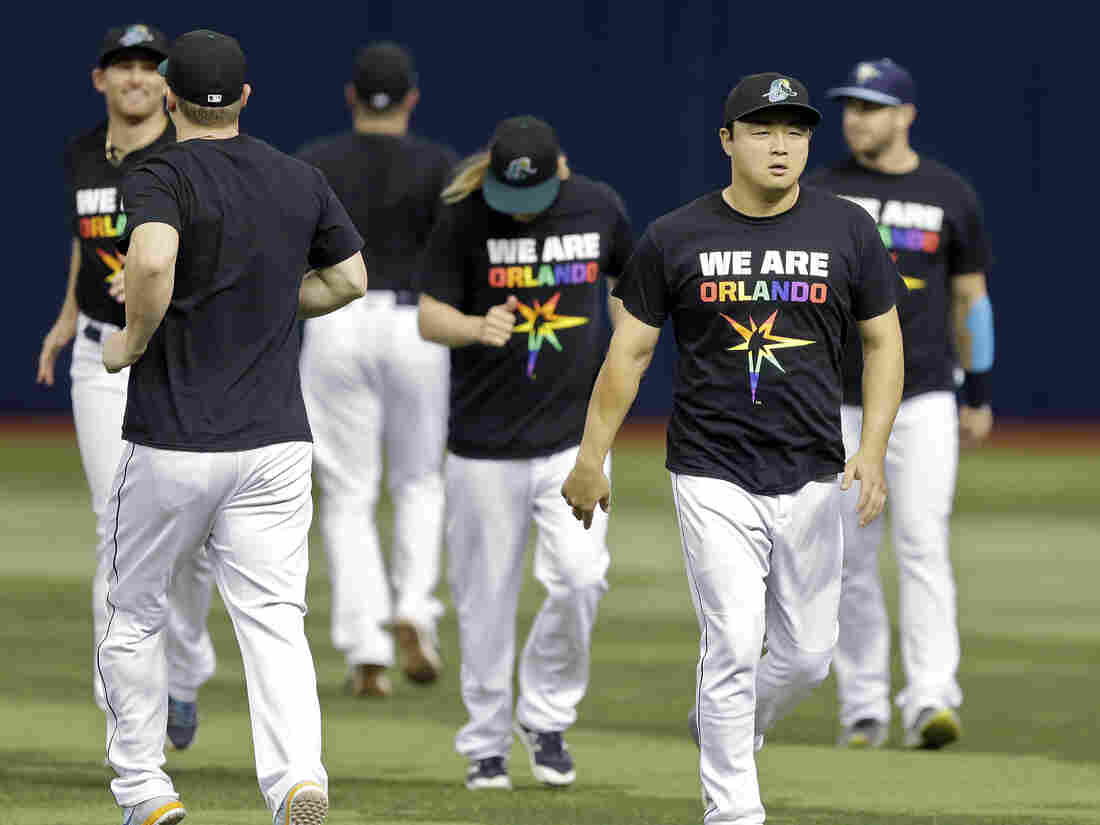 Tampa Bay Rays players wear "We Are Orlando" T-shirts, to honor the victims of the Orlando mass shooting, as they warm up before a baseball game against the San Francisco Giants last Friday. Chris O'Meara/AP hide caption 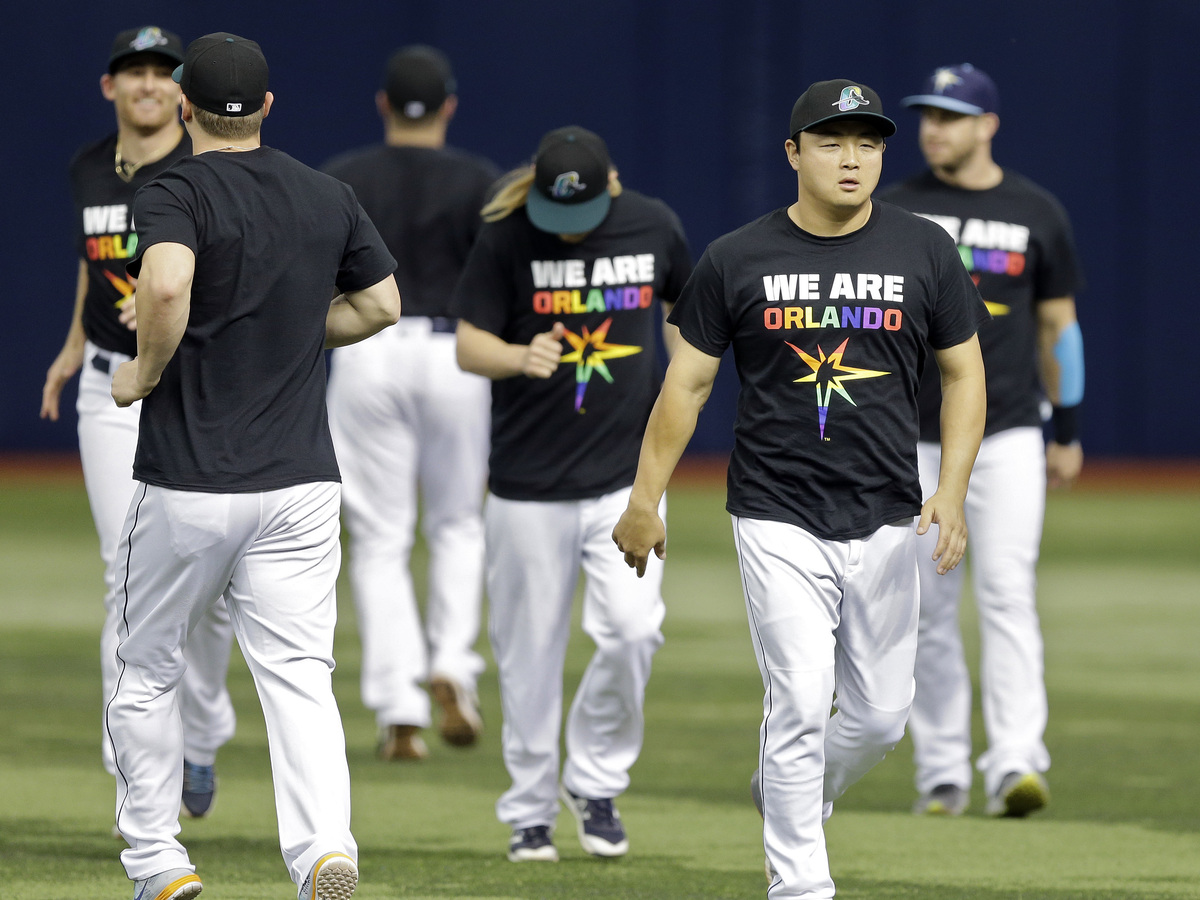 Tampa Bay Rays players wear "We Are Orlando" T-shirts, to honor the victims of the Orlando mass shooting, as they warm up before a baseball game against the San Francisco Giants last Friday.

The Tampa Bay Rays on Friday celebrated the team's annual Pride Night, dedicating it to the victims of Sunday's mass shooting at Orlando's Pulse nightclub.

Pride Night saw the biggest regular-season crowd at Tropicana Field in a decade. According to the Associated Press, "the announced attendance of 40,135 was the first regular-season turnout to surpass 40,000 at the Rays' ballpark since opening day in 2006 against Baltimore." That crowd was 40,199.

Prior to Friday night's game, which the Rays lost 5-1 to the San Francisco Giants, the Rays were averaging 16,037 in home attendance this season, second-lowest in the majors.

"The crowd was big, that's for sure," Tampa Bay manager Kevin Cash said.

The Rays had priced all available tickets for Friday night at $5, and all proceeds will benefit Pulse Victims Fund. They also promised game attendees "We Are Orlando" T-shirts on entering the gates.

"I saw we raised so much money. That's great for all of the tragedy that's taken place over there over the last week," manager Cash said.

Members of the Rays wore "We are Orlando" T-shirts during batting practice and for the game, donned special-ordered throwback hats — a "reprise" of the old minor league Orlando Rays' look.

"I think today will be just a great moment if baseball can make everybody smile, enjoy a great baseball game, feel a little closer to one another," he said of the event. "It's not specific to one person or another, or race or gender or color or sexual orientation or gender identity. It's about people feeling connected and supportive."

The event also featured a moment of silence and a pregame tribute video to the victims.