Accessibility links
Mired In Sex Scandal, Oakland Police Department Loses 3 Chiefs In 9 Days : The Two-Way A number of officers are accused of having sex with a teenager; others allegedly sent racist texts. The mayor's office is taking control after the chief and then two acting chiefs resigned in a row. 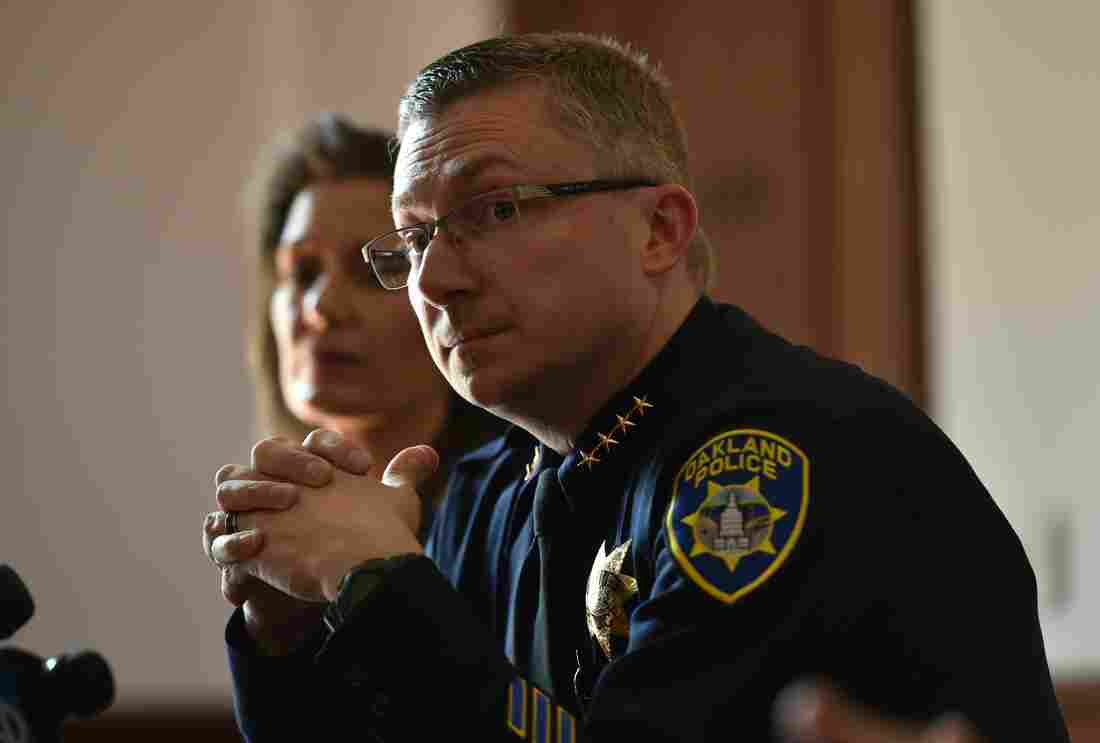 Oakland Police Chief Sean Whent, with Mayor Libby Schaaf behind him, listens to questions from the media on May 2, 2015, after May Day protests in Oakland, Calif. Whent has since resigned as police chief — as did two interim chiefs after him, over the course of a little more than a week. Josh Edelson/AFP/Getty Images hide caption 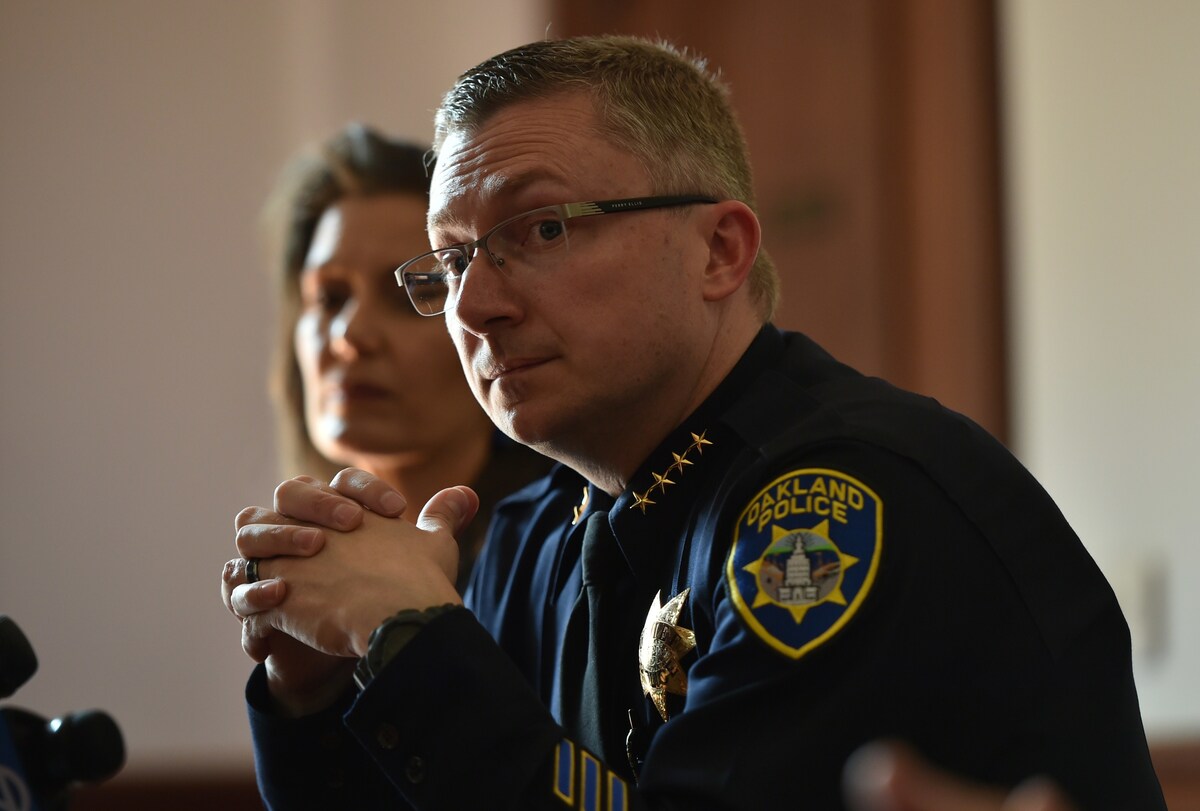 Oakland Police Chief Sean Whent, with Mayor Libby Schaaf behind him, listens to questions from the media on May 2, 2015, after May Day protests in Oakland, Calif. Whent has since resigned as police chief — as did two interim chiefs after him, over the course of a little more than a week.

"I'm here to run a police department, not a frat house," Libby Schaaf said at a press conference on Friday.

A number of police officers in the California city have been accused of sexual misconduct; others have allegedly sent racist texts. Now three police chiefs have resigned over the course of just over a week.

"This is the appropriate time to install civilian oversight in this police department," Schaaf said, according to The Associated Press. Schaaf announced that City Administrator Sabrina Landreth will now be handling personnel and disciplinary matters for the department.

Local leaders are calling for a complete overhaul of the police department, Danielle Karson reports for NPR.

"A teenager is at the center of the scandal," Karson says. Eighteen-year old Celeste Guap says she had sex with more than two dozen police officers, partly in exchange for information on how to avoid undercover prostitution stings. She had sex with officers when she was a minor, she says.

Separately, a number of officers have been accused of sending racist texts. The officers in question are black, Reuters reports, and are currently under investigation.

The scandals have led to upheaval at the department. Police Chief Sean Whent resigned on June 9. The interim police chief, Ben Fairow, was abruptly replaced on Wednesday after Schaaf learned "unspecified information that led her to lose confidence in his ability to lead the beleaguered department," as the AP puts it.

And the third chief — acting police Chief Paul Figueroa — stepped down on Friday, with Schaaf saying his decision was unrelated to the scandals, the AP reports.

The mayor denounced the police department's "toxic, macho culture" and said, "I want to assure the citizens of Oakland that we are hellbent on rooting out this disgusting culture," the AP reports.

"The Oakland PD is no stranger to controversy," Danielle notes. The police department was placed under federal oversight in 2003 over high-profile police brutality and racial profiling cases.

From March: Oakland Police Turn Corner On History Of Violence

Then-Acting Chief Figueroa, responding to the study last week, told PBS, "we're at a position in reform, not only locally, but nationally, that we're finally getting to the point where we have the data, where we can take some real action."

That was, of course, before he resigned.