Accessibility links
Officials Close Investigation Into 1964 'Mississippi Burning' Killings : The Two-Way Three young Freedom Summer activists were murdered by the Ku Klux Klan 52 years ago. At the time, no one was charged with murder, but since the case was reopened one man has been prosecuted. 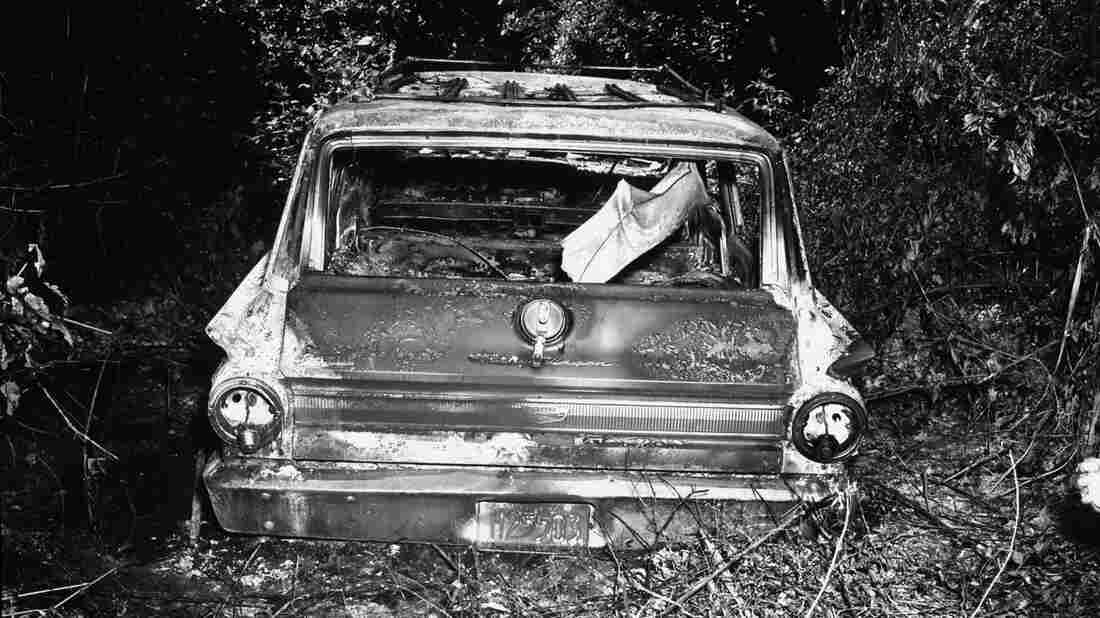 In this picture released by the FBI and the State of Mississippi Attorney General's Office, the burned-out station wagon that slain civil rights workers James Chaney, Andrew Goodman and Michael Schwerner were driving in is seen in June 1964 in the Bogue Chitto swamp, some 13 miles northeast of Philadelphia, Miss. FBI/State of Mississippi Attorney General's Office/Getty Images hide caption 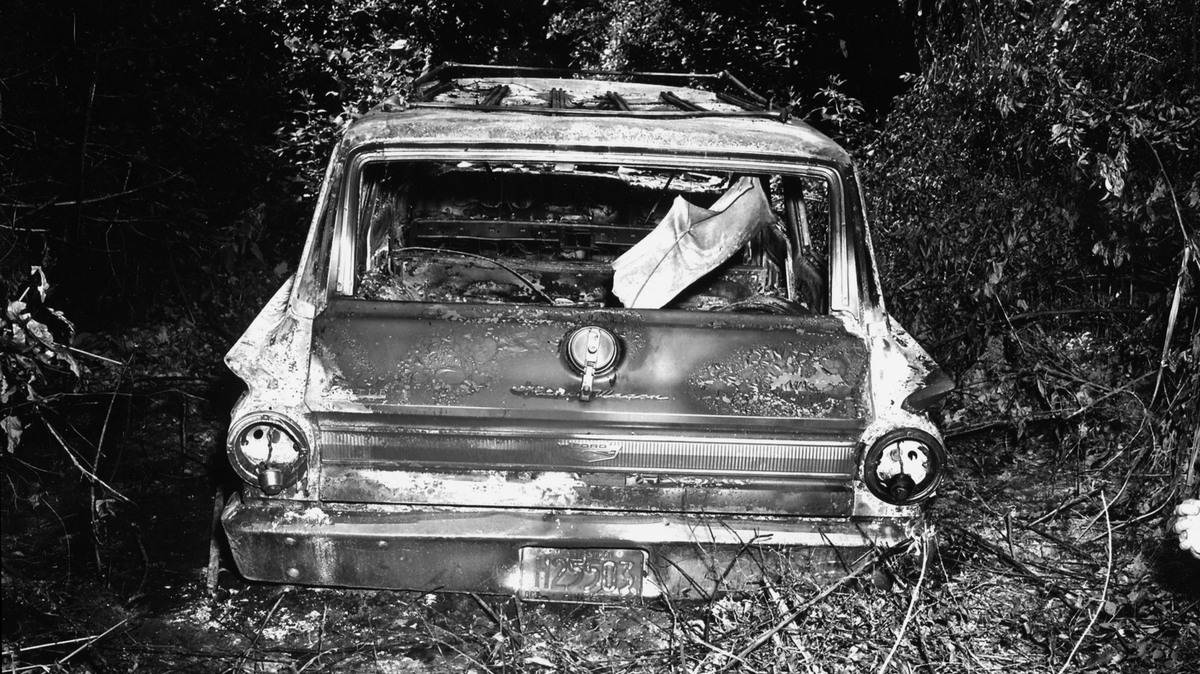 In this picture released by the FBI and the State of Mississippi Attorney General's Office, the burned-out station wagon that slain civil rights workers James Chaney, Andrew Goodman and Michael Schwerner were driving in is seen in June 1964 in the Bogue Chitto swamp, some 13 miles northeast of Philadelphia, Miss.

Mississippi officials are closing the investigation into the murder of three young civil rights workers by the Ku Klux Klan — more than 50 years after the men disappeared. The case had been closed for decades, then reopened after renewed public outcry. Now it's going cold again.

"It's just gotten to the point that it's 52 years later and we've done all we can do," Mississippi Attorney General Jim Hood said Monday.

The murder of James Chaney, Andrew Goodman and Michael Schwerner in Neshoba County, Miss., inspired the movie Mississippi Burning. Exactly 52 years ago, on June 21, 1964, the men disappeared after working to register black voters. They'd been at a church that had been a target of Klan violence the week before.

After they left the church, "they had a run-in with local authorities, they were arrested, they were put in jail — and shortly after they were released they went missing," NPR's Debbie Elliott reports.

Still Learning From The 'Pearl Harbor' Of The Civil Rights Movement

Their bodies were discovered after a 44-day search that garnered widespread national attention. But while the men were missing, Mississippi officials downplayed the significance of the case.

"At the time Mississippi officials were calling it a hoax devised to garner sympathy for the civil rights movement," Debbie says.

"The bodies were then found buried in an earthen dam off a remote country road," she says. "They had been shot to death."

In the years that followed, the state did not prosecute anyone for murder. A few men served a handful of years in prison on federal civil rights charges, but otherwise, the KKK mob that killed Chaney, Goodman and Schwerner escaped legal consequences.

Decades later, the state reopened the case and prosecuted one man for murder — Klan leader Edgar Ray Killen, aka Preacher Killen. Now 91, Killen is serving a 60-year sentence for manslaughter.

In the 11 years since Killen was convicted, no other suspect has been brought to court. On Monday, Hood announced that the case was going to be closed — again.

Hood says more prosecutions are unlikely at this point. There are a number of reasons for that, according to Debbie, who has covered the case for years. She reports that:

"The passage of time means that memories have faded. Both participants in this crime and many of the witnesses have since died. Evidence hasn't been preserved.

"There are at least two known suspects who are still alive, but the state hasn't been able to build a strong enough case against them to prosecute.

"I'm not sure anyone really expected more prosecutions, although there's always the hope that someone might have a deathbed confession and be willing to offer more details of what happened. While the investigation is closed, if someone were to come forward with new information it could be reopened.

Schwerner's widow, Rita Schwerner Bender, tells Debbie that the reality of the situation is that it's too late to achieve justice — and has been for a long time. She also sharply criticizes the state of Mississippi.

"The state was complicit in so much of the violence. It encouraged racism and participated in it," Bender tells Debbie.

"The state refuses to acknowledge and make amends for its racist past and role in the terror,' Bender says, pointing, among other things, to today's leaders in Mississippi who refuse to remove the Confederate battle flag from the state flag.

For his part, Attorney General Hood says he believes the state has done everything "that could possibly be done" in this case. He released an FBI report on the murders which addresses the two remaining suspects and explains that they had unsuccessful charges brought against them before.

"For these participants, the good Lord will have to deal with that," Hood said, according to The Associated Press.

Closing the investigation, Hood said, "sort of closes the chapter on an era that we didn't want to have in public view. We were ashamed of that."