Accessibility links
Boeing Says It Has Agreed To Sell Passenger Jets To Iranian Airline : The Two-Way The Chicago-based aircraft manufacturer is the first major U.S. company to do business in Iran since sanctions were lifted earlier this year as part of the international nuclear accord. 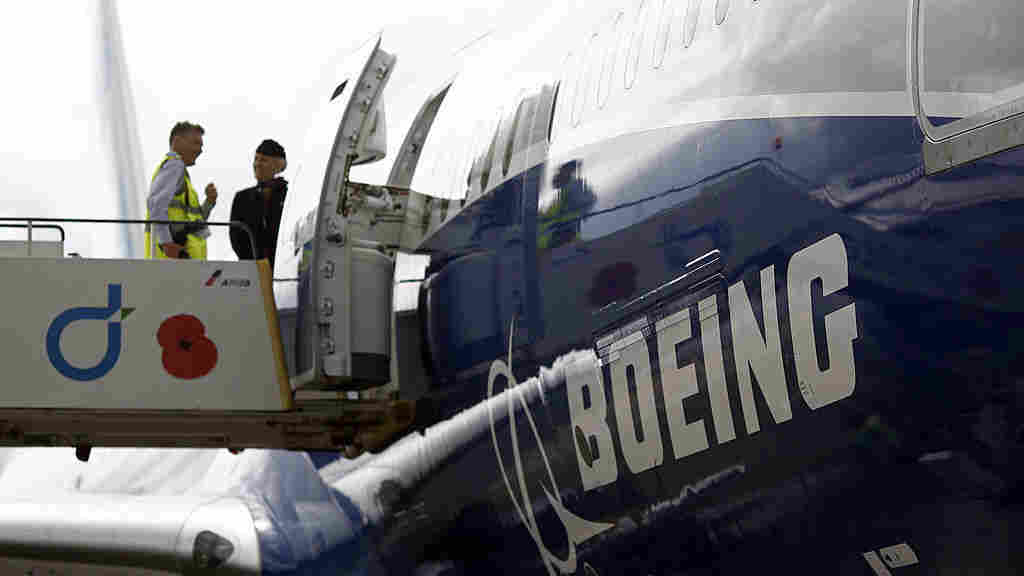 Chicago-based aircraft manufacturer Boeing would not divulge details about its deal with Iran Air — not the number of aircraft involved, the specific models or the price tag. Simon Dawson/Bloomberg via Getty Images hide caption 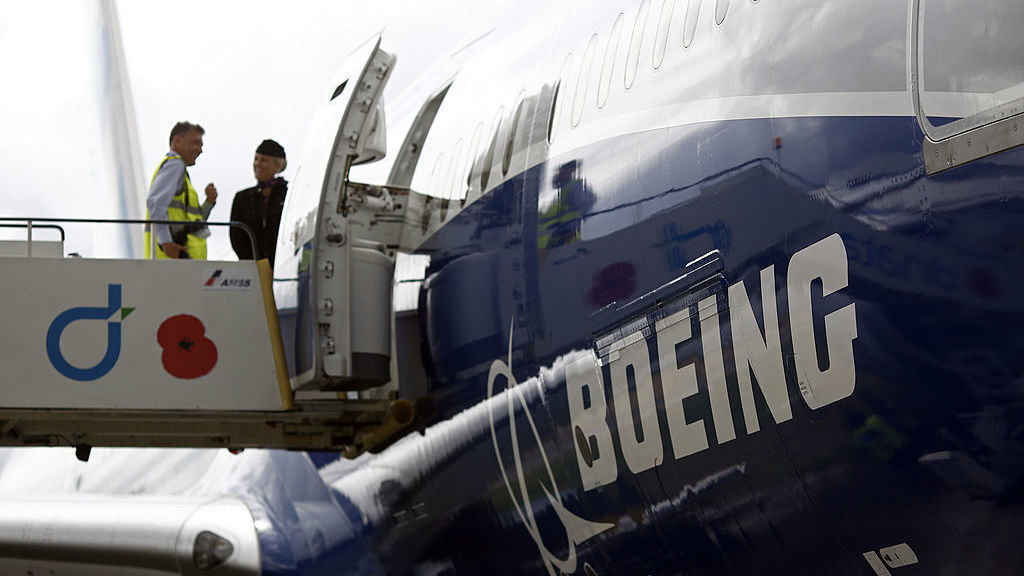 Chicago-based aircraft manufacturer Boeing would not divulge details about its deal with Iran Air — not the number of aircraft involved, the specific models or the price tag.

Boeing says it has signed an agreement with Iran Air for the purchase of commercial passenger airplanes, making it the first major U.S. company to do business in Iran since sanctions were lifted earlier this year.

The company is now permitted to sell planes to Iran as part of the recent Iranian nuclear deal and the lifting of sanctions. But the Chicago-based aircraft manufacturer has to follow very specific guidelines laid out by the U.S. government, and any contracts will have to be approved by the administration.

In a statement, Boeing says it signed a Memorandum of Agreement with Iran Air, a state-owned airline, after the U.S. government confirmed Iran had met its obligations under the nuclear accord signed last summer.

Boeing would not divulge details about the deal — not the number of aircraft involved, the specific models or the price tag. Reuters has reported that Iran was moving to buy more than 100 jetliners from Boeing.

Iran and Boeing go a long way back. Boeing was the largest supplier of civilian aircraft to Iran before the 1979 takeover of the U.S. Embassy in Tehran. Iran has kept flying those same planes for decades and its fleet of aging, worn-out commercial aircraft is in desperate need of replacement.

Just last week, Iran announced preliminary plans to buy 118 planes from France-based Airbus in a deal worth roughly $27 billion. But Airbus, Boeing's biggest competitor, is having trouble with financing because international banks are worried they could violate residual U.S. sanctions.

The news of the agreement with Iran Air comes at a good time for Boeing, which recently announced plans to lay off about 4,000 people in its commercial airline division.

Boeing officials also recently told NPR that the company needs to do business with Iran. Otherwise, it could be locked out of the Iranian market for several decades if competitors beat it to the sale.