Accessibility links
Diablo Canyon Nuclear Power Plant To Be Shut Down Over Safety Concerns : The Two-Way Diablo Canyon's reactors are close to earthquake fault lines. Public concerns are split between the dangers of quake damage and of carbon dioxide gas released by the burning of fossil fuels. 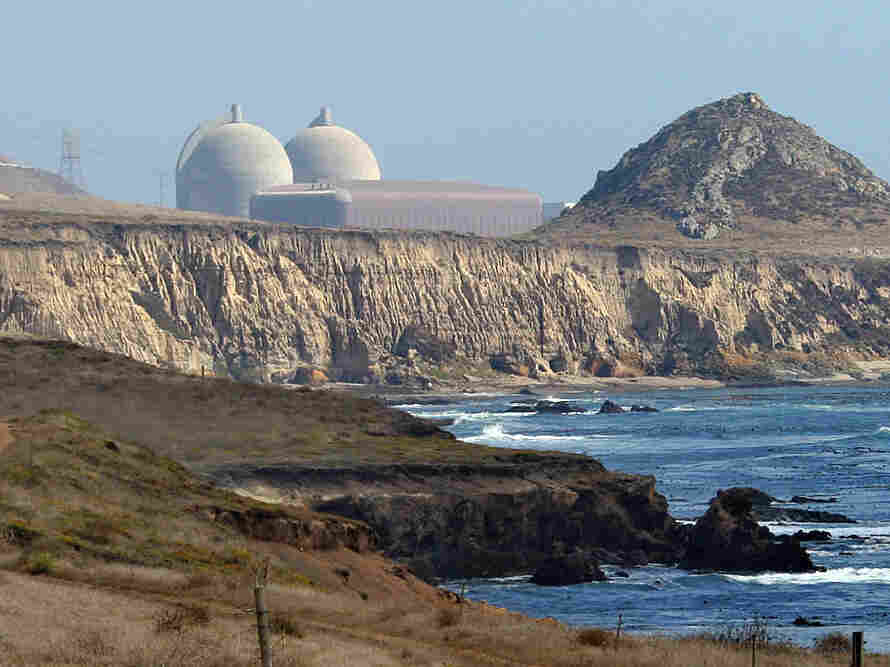 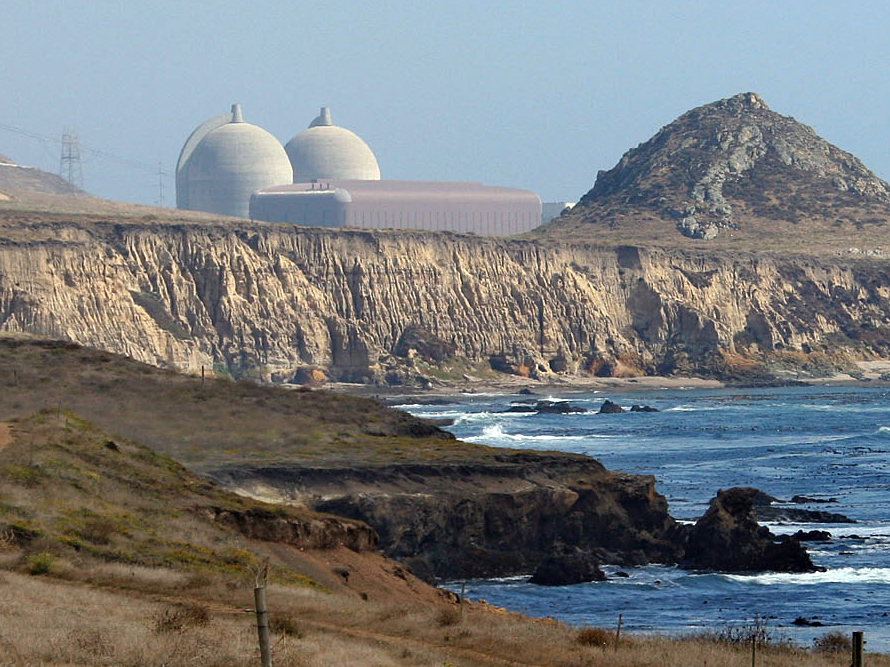 The Diablo Canyon Nuclear Power Plant, south of Los Osos, Calif., sits near earthquake fault lines, and is slated to close by 2025.

The Diablo Canyon Nuclear Power Plant will be shut down by 2025. The plan was announced today by the power utility operating the plant, along with labor and environmental groups.

With its two nuclear reactors operating near several fault lines, safety is a big concern for those who have been calling for the plant's closure.

"Right out there, we've got tons of highly radioactive waste, sitting," Linda Seeley tells Lauren Sommer of member station KQED, standing at the front security gate that blocks access to the two big domes sitting on the edge of the Pacific Ocean.

Seeley was one of thousands of protesters here in the 1980s trying to stop the plant from opening. Now she's with a group called Mothers for Peace that's been pushing to close the plant. "I always feel nervous here," she says.

The disaster at the Fukushima Daiichi nuclear power plant in Japan in 2011 reignited the concerns about the Diablo Canyon plant in California's San Luis Obispo County. After dangerous levels of radiation spilled out of the earthquake-damaged reactors in Japan, lawmakers in the U.S. called for greater scrutiny of the potential risks posed by Diablo Canyon.

Not all environmentalists will be happy to see Diablo Canyon go. "Nuclear is just a huge part of moving towards a cleaner electrical system," says Michael Shellenberger, co-founder of The Breakthrough Institute, which does research on energy and the environment.

Shellenberger tells Lauren there needs to be a place for nuclear in the clean energy future, since nuclear reactors don't generate the greenhouse gas carbon dioxide, like burning coal and natural gas do. He had pushed to keep Diablo Canyon running to serve some 1.7 million homes.

"You cannot power the world on wind and solar," Shellenberger said. When sun and wind are lacking, utilities turn to fossil fuels.

That's led to a big push by some in the clean energy industry to develop better energy storage systems, batteries and other technologies that could absorb power from wind farms and solar arrays when they're running and then release that electricity back into the grid when those facilities go offline.

Pacific Gas and Electric Co. said in a statement that the Diablo Canyon nuclear plant's generating capacity will be replaced by "a cost-effective, greenhouse gas free portfolio of energy efficiency, renewables and energy storage."

Still, with the plant not scheduled for shutdown for another decade, some safety experts say, given the plant's location near fault lines in earthquake-prone California, they'll feel better when that day comes. The closure plan still requires regulatory approval.