Accessibility links
North Korea Test-Fires Two Missiles, And One Isn't Deemed A Failure : The Two-Way One of the two midrange ballistic missiles launched Wednesday appears to be the most successful test yet. 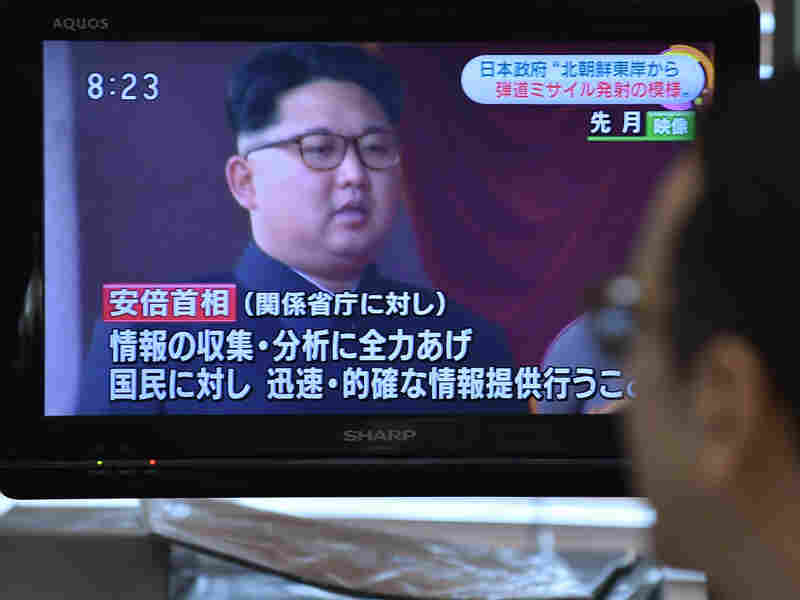 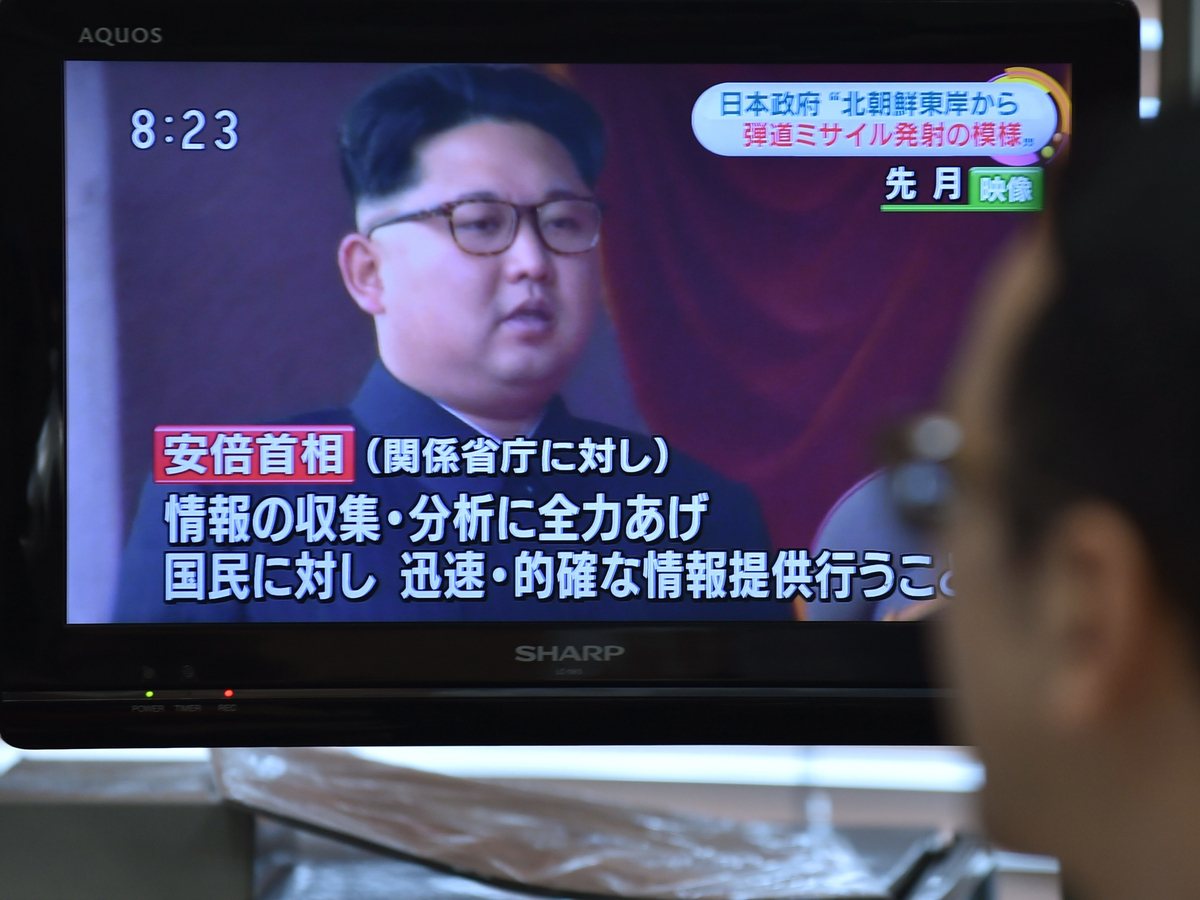 A man looks at a television reporting on North Korea's missile launching in Tokyo. North Korea test-fired what appeared to be two medium-range Musudan missiles in quick succession.

North Korea test-fired two ballistic missiles on Wednesday, the latest in a string of launches that defy a United Nations ban. South Korea's Defense Ministry says the first missile failed not long after it was launched from Wonsan, on North Korea's east coast. The second appears to have flown a distance of 250 miles and reached an altitude of 620 miles before falling into the Sea of Japan, South Korea says.

South Korean Defense Ministry officials believe the missiles were mid-range Musudan missiles, which are designed to fly as far as 2,000 miles. North Korea is believed to have about 30 such missiles, and had previously test-launched Musudans four times since April. All of those launches failed.

That makes the latest of the tests seem relatively more effective and "difficult to say if that comprised a failure," according to South Korea's Defense Ministry.

Neighboring Japan, which had put its military on alert yesterday as it detected signs of an impending launch, immediately slammed the provocation. Prime Minister Shinzo Abe told reporters such acts "cannot be tolerated," according to The Japan Times.

"We intend to raise our concerns at the U.N. to bolster international resolve in holding [North Korea] accountable for these provocative actions," Kirby said.

The U.S. Navy's Pacific Command said the launches did not pose a threat to North America.

The latest military move comes not long after North Korean leader Kim Jong-un called for the need for more dialogue with South Korea. The South dismissed the call, saying it was "insincere" as the North continued its rules-defying missile launches.