Accessibility links
Dennis Hastert, Disgraced Former House Speaker, Reports To Prison : The Two-Way Hastert will now be federal inmate number 47991-424 at the Rochester Federal Medical Center in Minnesota. He was sentenced to 15 months in a case involving hush-money paid to cover up sexual abuse. 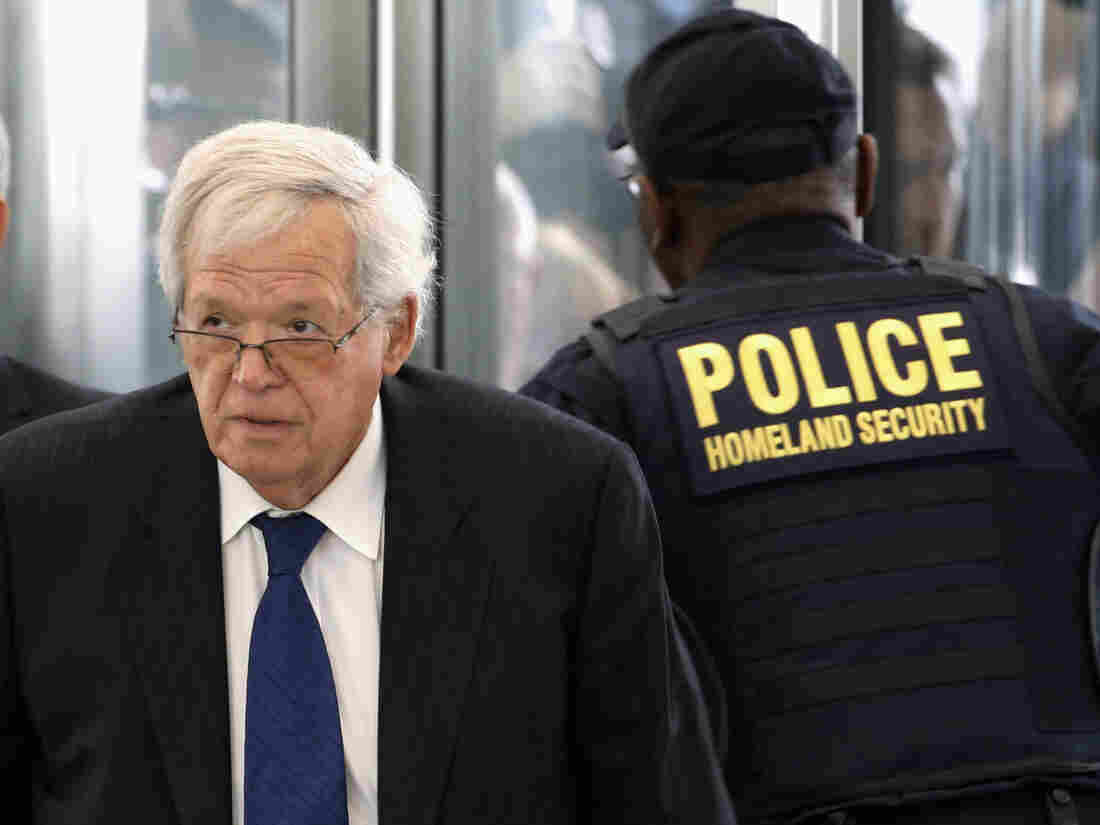 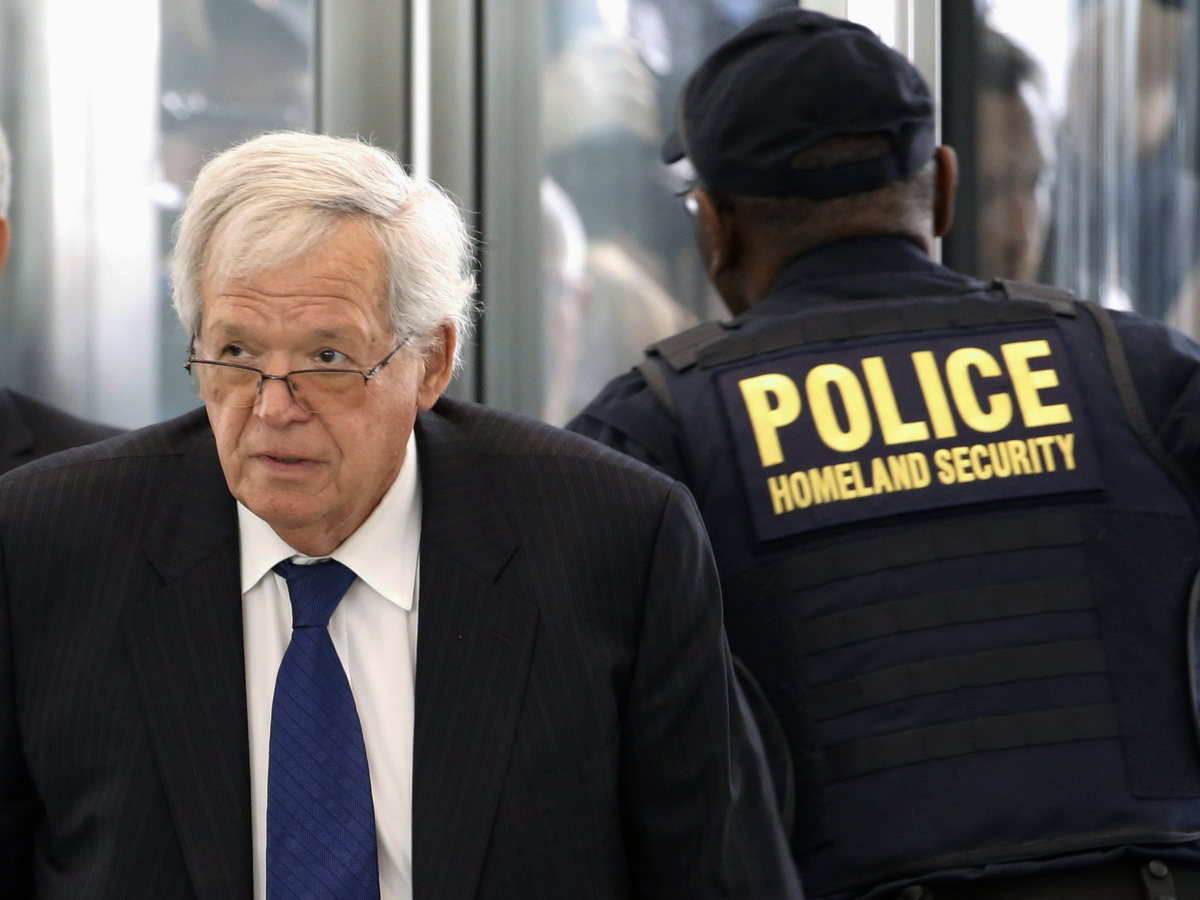 The case against Hastert involved hush money he paid to cover up his sexual abuse of teenage boys in the 1960s and 70s when he was working as a wrestling coach at a high school about 50 miles west of Chicago.

#DennisHastert says he is deeply ashamed to be standing here. I know I mistreated my athletes... What I did was wrong and I regret it" @NPR

It's been a dramatic fall for Hastert from the the top of the Washington establishment. The Chicago Tribune puts it this way:

"When Dennis Hastert served as the nation's longest-reigning Republican U.S. House speaker, he had a secure phone to the White House and could look upon the Washington Monument and Lincoln Memorial from the balcony of his posh Capitol office.

"But, when the disgraced Illinois politician surrenders this week at a federal prison hospital in Minnesota, a life that began from humble beginnings while working on the back of a feed truck amid Midwestern farmland will once again take a dramatic, unexpected turn."

Hastert will now become federal inmate number 47991-424. The 74-year-old former congressman is in poor health and will be serving his sentence at the Federal Medical Center-Rochester in Rochester, Minn. A federal judge rejected his plea for probation.

As the Two-Way has reported:

"[As part of a deal with federal prosecutors,] Hastert pleaded guilty in October to illegally structuring bank withdrawals to evade reporting rules for large transactions. That money was used to conceal alleged sexual misconduct — given to a man who says Hastert abused him when he was 14.

"The alleged victim, identified in court documents as 'Individual A,' is suing Hastert for not paying the full amount agreed upon between the two. He says Hastert paid $1.7 million out of $3.5 million in 'compensation.'

"The [plea] deal states that Hastert 'agreed to provide Individual A $3,500,000 in order to compensate for and keep confidential his prior misconduct against Individual A.'

Hastert will be required to turn in his civilian clothes and wear prison garb. He will be allowed a radio (with headphones), five books and two decks of playing cards, but personal computers are not allowed, according to the inmate orientation guide.