Accessibility links
Solar Impulse 2's 'Beautiful Flight' Across The Atlantic Is Major Milestone : The Two-Way After 71 hours and 8 minutes of flight time crossing the Atlantic, Solar Impulse 2 touched down in Spain. It's a big step toward the goal of circumnavigating the globe using only the sun's power. 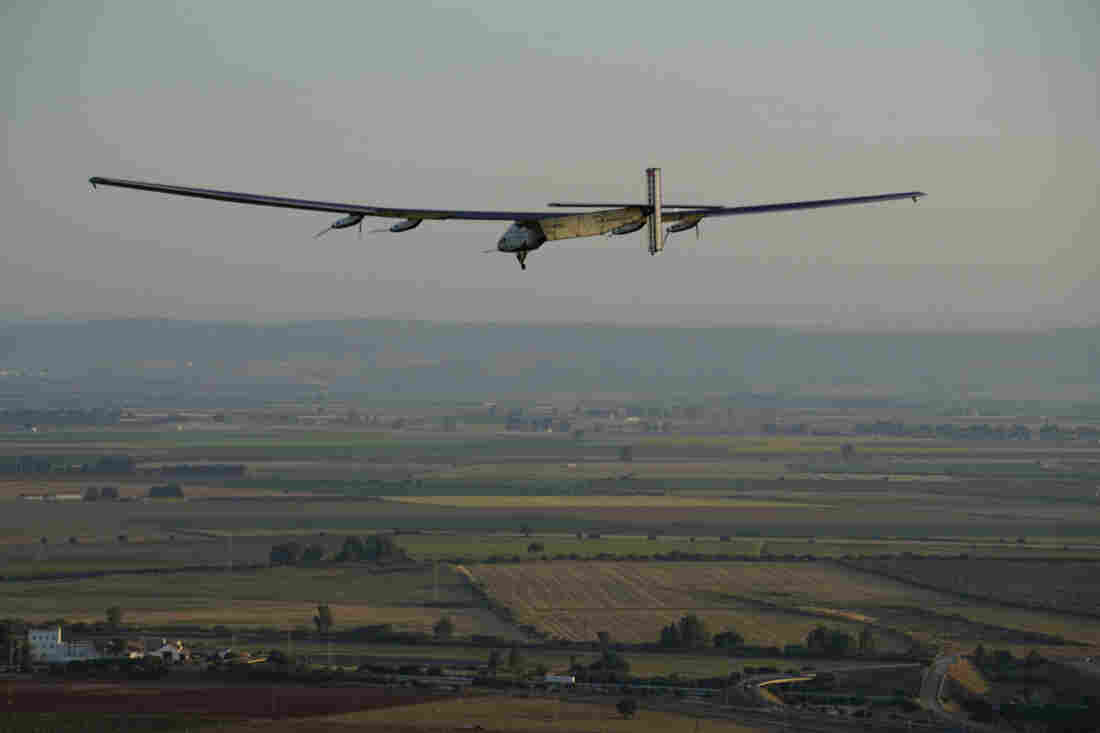 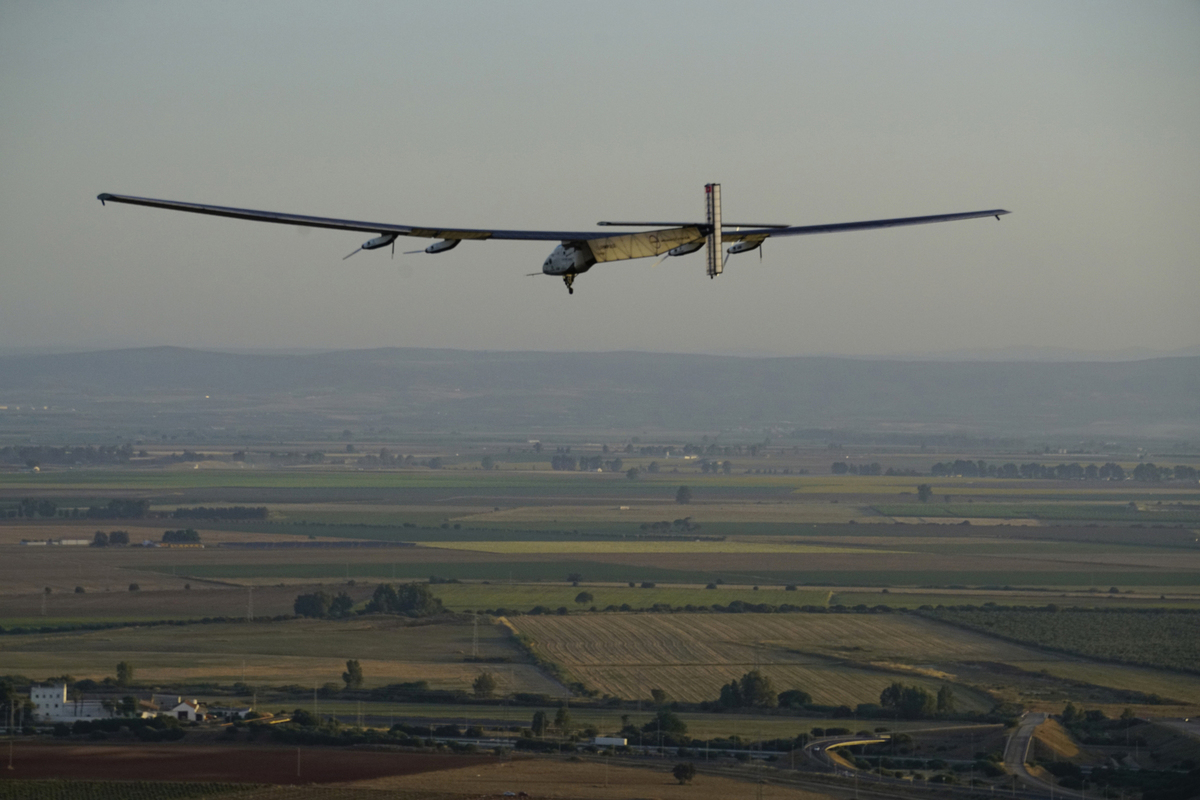 After 71 hours and 8 minutes of flight time crossing the Atlantic, Solar Impulse 2 has touched down in Seville, Spain. It's a major step toward the team's goal of circumnavigating the globe using only the sun's power.

The end of this leg means they've now completed 90 percent of that journey.

As The Two-Way has reported, the single-seater plane took off from New York's John F. Kennedy International Airport early Monday with pilot Bertrand Piccard at the controls.

It was a "beautiful flight that has countlessly left Bertrand in awe at the vast expanse of the Atlantic Ocean — encountering oil tankers, islands, whales, icebergs, and an abundance of water," the team said in a blog post on the Solar Impulse site.

Piccard had to try to avoid clouds, or fly above them, so that the plane could use the sun's power to charge its batteries. The plane also climbs to higher altitudes during the day, collecting potential energy, and then uses that stored energy to descend to lower altitudes as night falls. As the team explains, that's "a time of approximately one hour when the solar generators do not need to be switched on."

But flying responsibilities aside, Piccard still had a lot of time to fill as he traversed the Atlantic. At various points, he chatted live with business leaders and EU officials from the cockpit. He paged through a signed copy of Leonard Cohen's Book of Longing.

He also managed to take a really cool selfie:

.@bertrandpiccard for sure can also contribute to #NationalSelfieDay from his oceanic solar flights #futureisclean pic.twitter.com/f4O1vzXgtV

Here's what Piccard said upon landing in Spain:

This isn't the longest leg of the journey. The journey from Japan to Hawaii took 120 hours, and as The Two-Way noted, it broke the previous record for the longest duration nonstop solo flight. That journey also fried the plane's batteries, forcing a nine-month delay for repairs.

As we've reported, "Solar Impulse 2 has the wingspan of a jetliner and the weight of a minivan. It uses 17,000 solar cells to generate power — some of which is stored in lithium-ion batteries that help the plane stay aloft overnight."

The team says it is still mapping out the remainder of the journey, which will end where it started — Abu Dhabi. They say it will take "another three flights or so" to get there, and the next stop will be either Egypt or Greece.

We'll keep you updated on the next stages of the journey.