Accessibility links
Freddie Gray Case: Officer Who Drove Van Found Not Guilty Of Murder : The Two-Way A Baltimore court has acquitted Officer Caesar Goodson of second-degree murder in a case related to the death of Freddie Gray. Goodson drove the van that transported Gray. 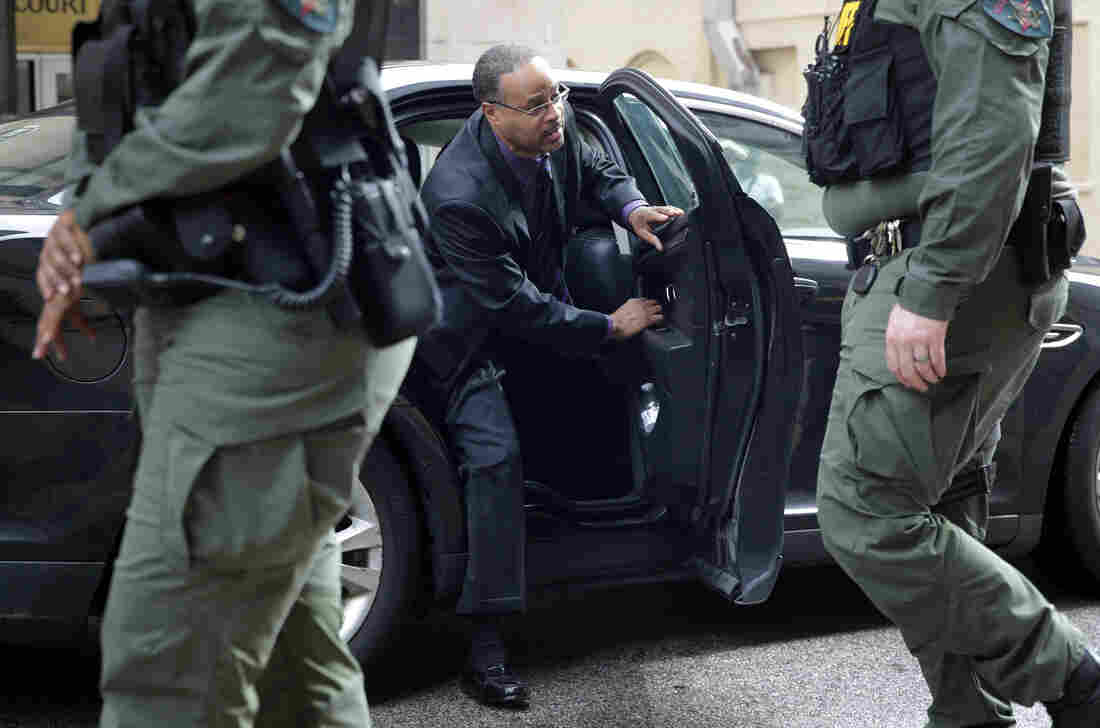 Officer Caesar Goodson, one of six Baltimore city police officers charged in connection with the death of Freddie Gray, arrives at the courthouse in Baltimore ahead of Thursday's verdict. Patrick Semansky/AP hide caption 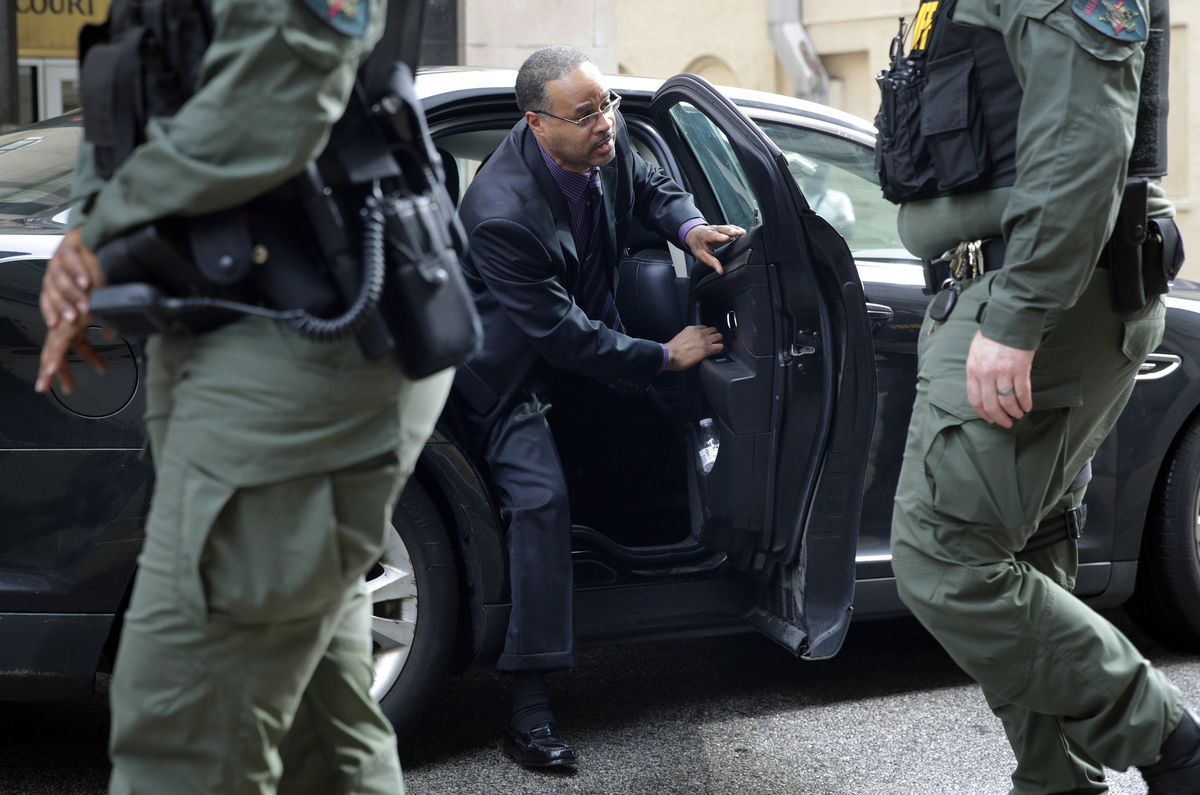 Officer Caesar Goodson, one of six Baltimore city police officers charged in connection with the death of Freddie Gray, arrives at the courthouse in Baltimore ahead of Thursday's verdict.

A Baltimore court has acquitted Officer Caesar Goodson of second-degree murder and all other charges in a case related to the death of Freddie Gray.

Goodson drove the van that transported Gray after his arrest. Gray apparently sustained the fatal injury during that van ride, during which he was handcuffed, shackled and not wearing a seat belt. The incident sparked protests and riots in Baltimore and raised questions about police negligence.

In addition to the charge of second-degree depraved-heart murder, Goodson also was acquitted on charges of involuntary manslaughter, assault, manslaughter by motor vehicle, criminally negligent manslaughter, reckless endangerment and misconduct in office.

Here's the portion of the verdict transcript that explains why Goodson was acquitted of second-degree murder:

"Even assuming the failure to seat belt caused the death of Mr. Gray, and this Court has already determined there is insufficient evidence concerning that issue, the State is required to show that the defendant was aware of the risk that this would, not could, cause and acted with extreme disregard for the life endangering consequences. Those facts have not been presented to this court."

You can read the full transcript here:

Goodson is the third of six Baltimore officers to go on trial over Gray's death on April 19, 2015. As The Two-Way has reported, the trial of Officer William Porter ended in a hung jury, while Officer Edward Nero was found not guilty.

The Baltimore Sun notes that Porter and the other three officers charged will face trial this summer and fall: "Next up is the trial of Lt. Brian Rice (July 5), Officer Garrett Miller (July 27), Porter (Sept. 6) and Sgt. Alicia White (Oct. 13). All the officers have pleaded not guilty."

However, the murder charge against Goodson was the most serious charge against any of the six officers. Legal experts say today's verdict makes convictions in the other trials more doubtful, according to NPR's Jennifer Ludden.

As Jennifer has reported, prosecutors "opened this case alleging that Officer Caesar Goodson gave Gray a rough ride, purposefully driving the van in a dangerous way." However, "their own witnesses have said they aren't sure that happened."

She adds that according to legal experts, "for there to be a finding of criminal liability, prosecutors must have proven Goodson intended to harm Freddie Gray."

Goodson "is the officer prosecutors said was most responsible for Gray's death," according to The Associated Press.

Goodson's defense had "essentially blamed Freddie Gray for his own injury," Jennifer reported. She added: "They said he created the risk to his life by standing up in the van instead of staying on the floor where officers had placed him."