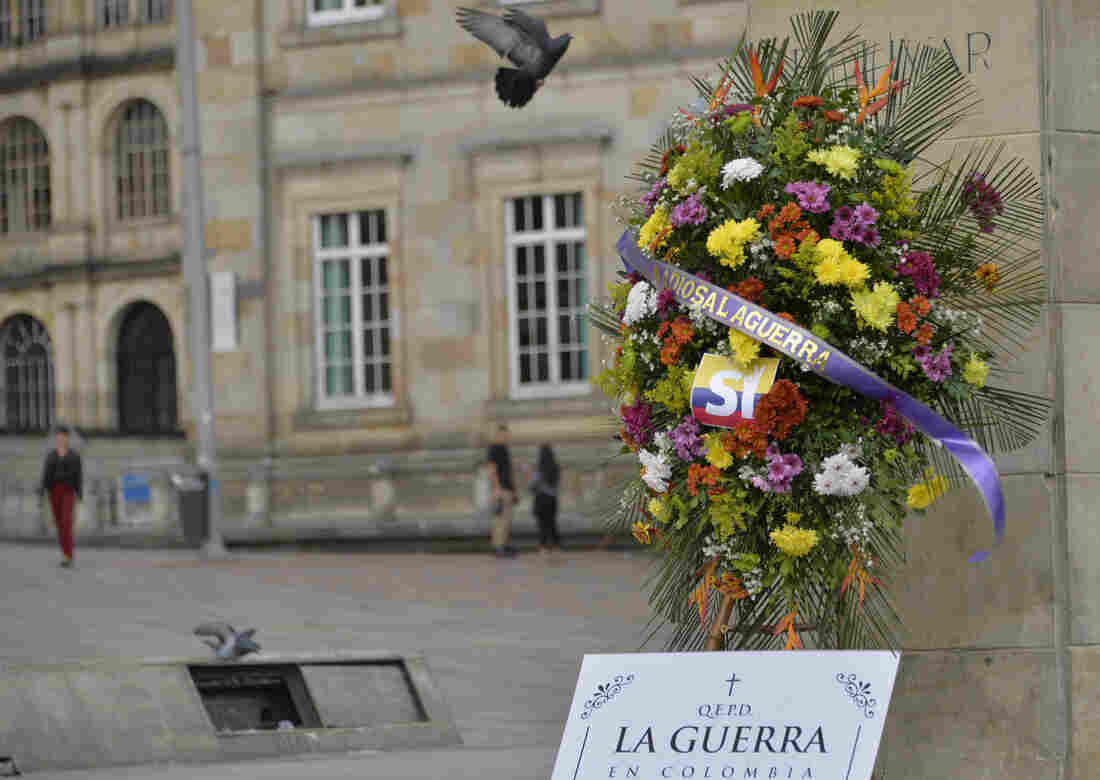 A wreath placed before the statue of Simón Bolívar in Bogota's main square celebrates the peace accord between the Colombian government and the FARC leftist guerrilla group. The ribbon on the wreath says "Farewell to War" in Spanish; the sign beneath reads "R.I.P. War in Colombia." Guillermo Legaria/AFP/Getty Images hide caption 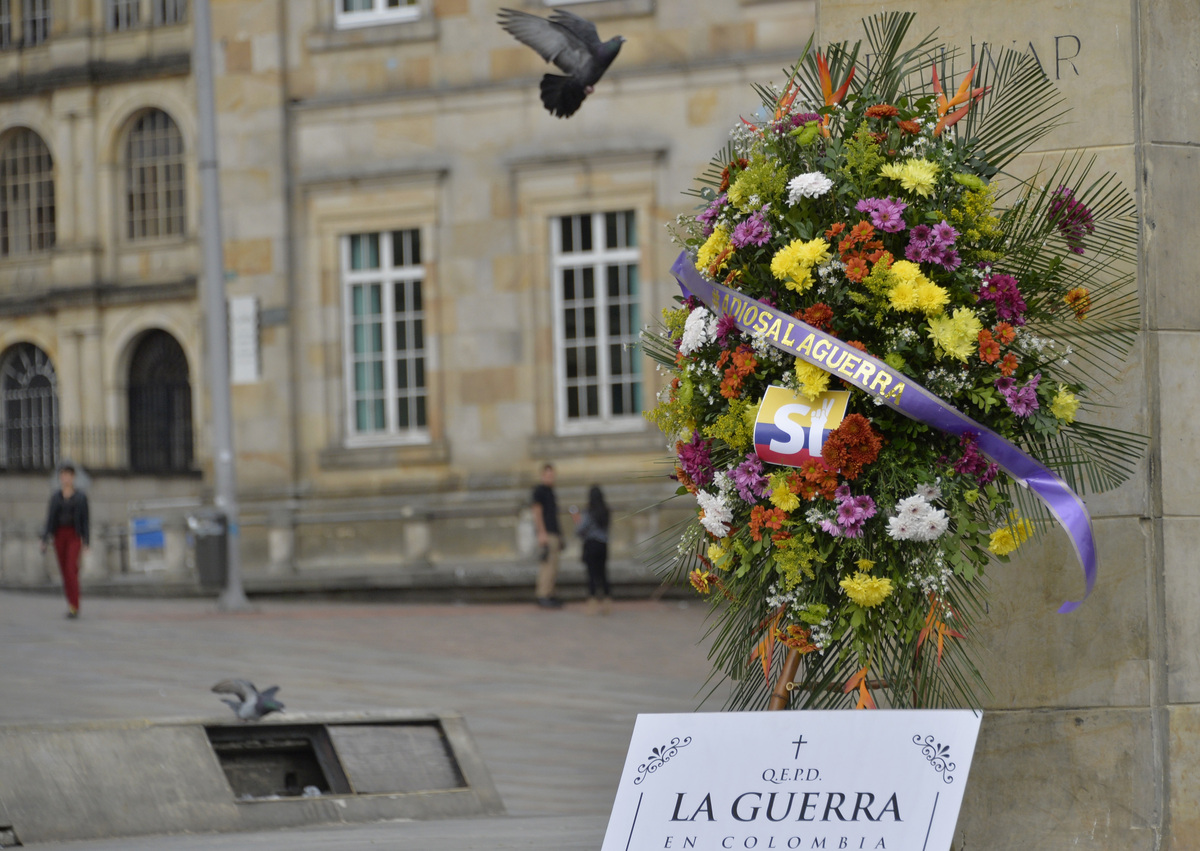 A wreath placed before the statue of Simón Bolívar in Bogota's main square celebrates the peace accord between the Colombian government and the FARC leftist guerrilla group. The ribbon on the wreath says "Farewell to War" in Spanish; the sign beneath reads "R.I.P. War in Colombia."

A ceremony in Havana, Cuba, on Thursday marked a major step toward peace in Colombia, when the country's biggest rebel group and its national government signed a historic cease-fire agreement.

Colombia's conflict has stretched for more than half a century, and peace talks between the FARC and the Colombian have taken years. But on Wednesday, the two sides announced they had reached an agreement for a bilateral cease-fire — replacing an earlier unilateral cease-fire by the rebels.

Significantly, the agreement addresses how some 7,000 rebel fighters (many of whom were kidnapped by the rebels as children, The New York Times notes) will eventually disarm and demobilize.

"In practice, the two sides all but stopped firing a year ago, when the FARC declared a unilateral ceasefire and the government halted offensive actions," The Economist explains. "But the government's formal declaration of a ceasefire is historic."

The war in Colombia has killed more than 220,000 people and driven millions from their homes, the AP reports. A 15-year military offensive with U.S. backing put pressure on the FARC to negotiate, the wire service writes; they entered talks with the government in 2012.

Under the terms of the agreement, all FARC weapons will go to the U.N., according to Reuters. Civilians won't be allowed to enter FARC camps and demilitarized zones will be maintained for up to 6 months.

The agreement still needs to be approved by the Colombian people.

"The proliferation of cocaine has fueled the conflict longer than any other in Latin America and will remain a powerful magnet for criminal gangs operating in Colombia's remote valleys and lawless jungles. Colombia is the largest supplier of cocaine to the U.S. and only a small fraction of the country's 12,000-plus homicides last year had anything to do with the conflict.

"There is also the risk that the country's second rebel movement, the much-smaller but more recalcitrant National Liberation Army, could fill the void left by the FARC. That rebel group agreed to negotiations with the government earlier this year but those talks have yet to start because of Santos' insistence that it renounce kidnapping.

" ... Colombians almost unanimously refer to the rebels as 'terrorists.' Polls say most Colombians can't muster the thought of seeing rebel leaders behind atrocious war crimes walking the streets freely let alone occupying seats in a democratic congress whose legitimacy the FARC didn't even recognize until recently."